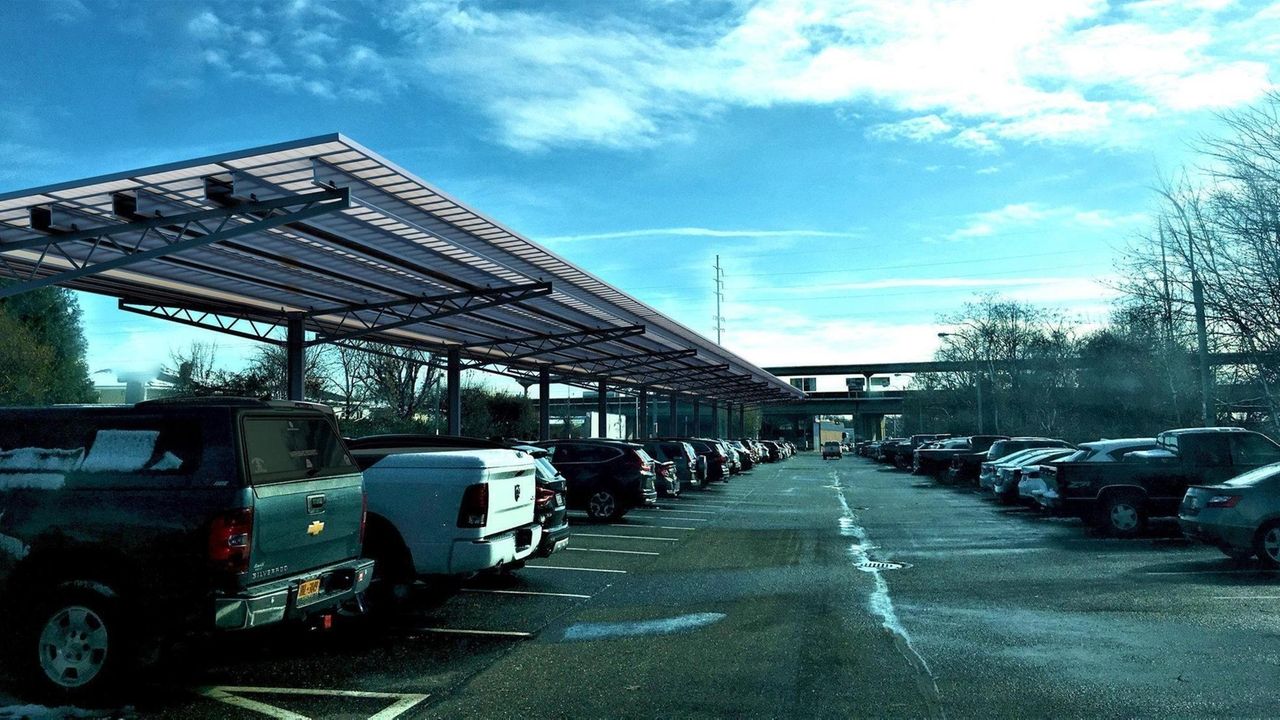 The $5.8 million agreement with Johnson Controls will result in upgrades such as LED lighting and solar panels to more than a dozen village facilities and properties. Credit: Debbie Egan-Chin

Lindenhurst has signed its largest private contract ever in a quest to make environmental improvements that will save the village money on energy costs.

The $5.8 million agreement with Johnson Controls will result in upgrades such as LED lighting and solar panels to more than a dozen village facilities and properties. The global company, which has an office in Syosset, estimates that by increasing sustainability, the village will see $8.3 million in energy cost savings over 20 years.

Johnson did an assessment on all of the village’s properties and analyzed how much could be saved by upgrades. If the savings don’t meet up to projections, Johnson pays the difference, so there is no cost to taxpayers, said trustee Pat Pichichero who is leading the project.

“The facilities that the village owns are in disrepair, they’re not up to date,” he said. “By doing this we are getting so much new, energy cost efficient technology in the buildings all in one scoop.”

The facilities that will be upgraded are: Village Hall; the Rainbow Senior Center; the Department of Public Works; the marina; and four fire department buildings, as well as the facilities for the department’s “Snails” drill team. In addition, the village’s Long Island Rail Road commuter parking lot will be getting a carport topped with solar panels, electric car charging stations will be installed at Village Hall, and all streetlights in the village will be replaced with LED lights.

Lavorata said the village opted not to do the work in stages.

“When you do things piecemeal, it’s never integrated properly,” he said. “Doing it as one project, you really see the savings.”

One of the more innovative parts of the project is in the DPW building where vehicle oil will be recycled to use as heating oil.

“This reduces the need to cart the oil away, saving money and having environmental benefits, and it makes the burning of the oil a lot cleaner,” said Chris Fitzsimmons, an account executive for Johnson.

Fitzsimmons said the work will begin with the light replacement and new boiler at the Rainbow center. The company has guaranteed the entire project will be completed within 14 months.

Johnson has done work in other villages on Long Island, such as Lynbrook and Freeport, but nothing as comprehensive and “holistic” as in Lindenhurst, he said.

“Lindenhurst was all in,” Fitzsimmons said. “They said, ‘Let’s do as many cool things as possible and get on the map as the front-runner for energy efficient solutions.’”

The village is financing the project through a low-interest loan from Sterling Bank. Officials opted for this manner rather than bonding, because it’s a  lease program that doesn’t count toward the village’s debt load, Pichichero said.

The village will lease the equipment from Johnson Controls  for 20 years before it takes ownership.

“It doesn’t tie our hands to go out for bonding on other items,” he said. “This is one thing where we don’t have to raise taxes.”

Fitzsimmons said that when completed, Lindenhurst will serve as a model for energy efficiency in municipal government.

“Hopefully a lot of the villages and towns on Long Island can say, 'Hey, we should be doing this, too,' ” he said.

Aspects of the energy savings project