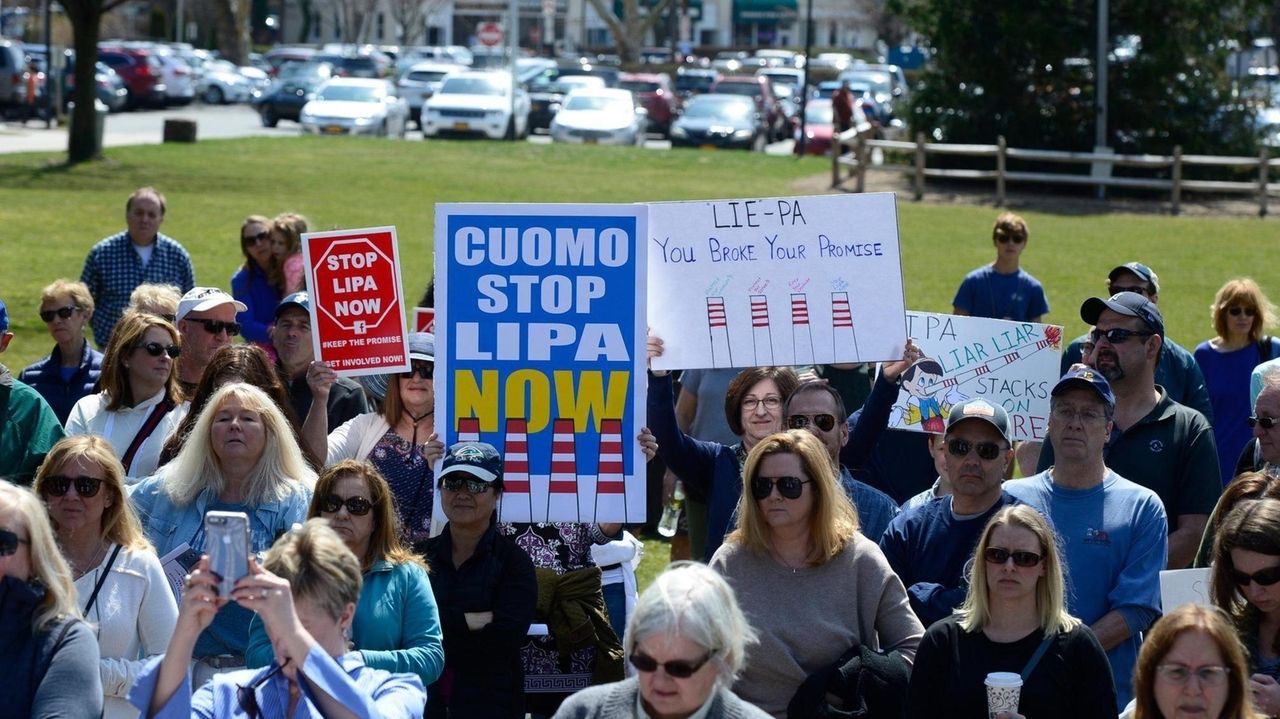 "I'm concerned about the school district. Can elderly people stay here? Can businesses survive in our downtown?" said Tony DeRiso, 53, of Northport, following the rally. "We bought into this community, I definitely paid a premium for my home" because of the lower taxes.

Paul Darrigo, a Northport resident and banker who helped organize the rally, said his taxes would go from about $14,000 a year to $22,000 if LIPA wins its lawsuit, according to figures put out by the Northport-East Northport School District.

LIPA is seeking to significantly lower the $84 million it pays in annual taxes for the National Grid-owned plant in the case, which is currently in the midst of a trial in state Supreme Court in Riverhead.

LIPA has argued the plant is used considerably less than even a decade ago, and "fair taxes" by 2030 would be closer to $3.7 million. LIPA has offered a settlement that would forgive hundreds of millions in past-due taxes since 2010, and gradually reduce the annual tax over nine years to just over $40 million.

In a statement Sunday, a LIPA spokesman said electricity production at the Northport plant declined by 80 percent over the last 20 years, while taxes have gone up by more than 30 percent during that time period.

LIPA argues that Long Island electric customers pay approximately $100 per year on their electric bill to lower the taxes for residents of four school districts including Northport-East Northport, according to the statement.

Darrigo said while they hoped LIPA would drop its lawsuit, they were hoping for state legislation to "ameliorate" any impact on residents' taxes.

"The fight is now, you're looking down the barrel of a gun and you have to be engaged," he said. He also called on Gov. Andrew M. Cuomo to become involved in the issue.

A Cuomo spokesman said: “We are monitoring the situation closely. It is our hope that LIPA and the Town of Huntington can reach a mutual agreement that is fair and beneficial to all parties."‎

Huntington Councilman Edward J. Smyth said the town has had discussions about taking the plant by eminent domain, if it loses the lawsuit and there's no political solution from Albany lawmakers.

The suggestion was met with applause. Smyth told the crowd it was a "real option," but cautioned that there was a risk that the town could end up running a plant that was not economical.

"It could be a dinosaur," he said.