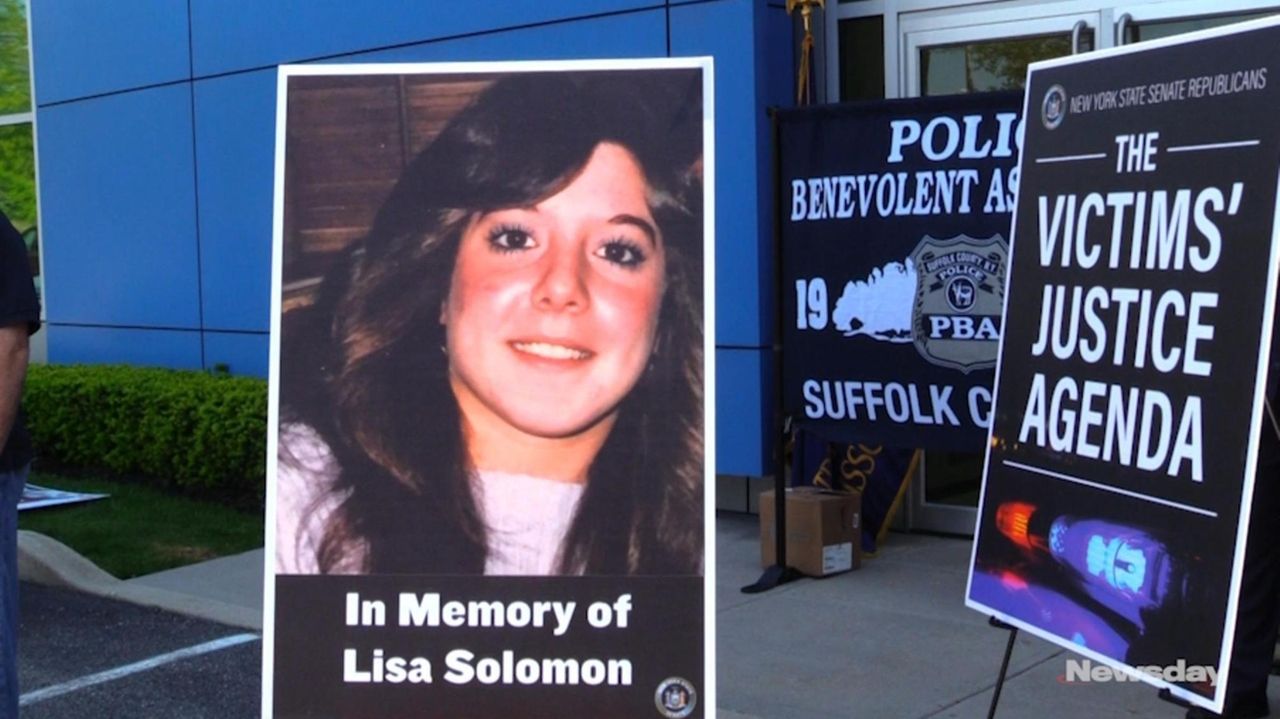 On Thursday, Stephen Klerk, cousin of Lisa Solomon, who was murdered by her husband on Christmas Eve in 1987, joined Republican state lawmakers to ask for stricter laws for killers released from prison. Credit: James Carbone

A Wading River man who discovered his cousin’s dead body three decades ago joined Republican state lawmakers Thursday to call for stricter laws after her killer, Matthew Solomon, was released from prison Tuesday.

Stephen Klerk called on state lawmakers to prevent murderers from being released on parole and criticized the state Board of Parole for freeing Solomon, who strangled his 22-year-old wife, Lisa Solomon, on Christmas Eve 1987.

Matthew Solomon, then 23, strangled his wife of two months during a fight on Christmas Eve, when she planned to go to midnight Mass with her mother, Klerk said. The Huntington Station man wrapped his wife's body in garbage bags, dumped her in a nearby field and pretended she had gone missing, even leading searches for her body.

Klerk said he found Lisa Solomon's body in a pile of garbage while searching a field with an auxiliary police officer on Dec. 30.

"When I opened up the bag, I saw my cousin's face," said an emotional Klerk, now a technician at Brookhaven National Laboratory.

Matthew Solomon later showed up, and Klerk said he had to tackle Solomon to keep him from contaminating the crime scene.

Solomon was convicted of second-degree murder in 1988 and sentenced to 18 years to life behind bars. The Board of Parole turned him down seven times before approving his release from Otisville Correctional Facility in Orange County. Solomon must live in upstate Broome County and will be supervised to ensure he complies with his parole conditions, a state correction spokesman said.

Klerk, who said the parole board limited how much his family could speak out against Solomon's release during hearings, joined Republican State Sens. John Flanagan and Phil Boyle and Suffolk Police Benevolent Association officials outside PBA headquarters in Brentwood as they advocated for legislation they called a Victims Justice Agenda. Proposals include sentencing criminals convicted of first-degree murder to life imprisonment without parole, limiting parole hearings to every five years when an inmate is denied, and requiring all victim impact statements to be recorded on video.

They also criticized legislation proposed by state Democrats that would expand family visitation and eligibility for parole.

“There are really more victims than criminals,” Klerk said. “More has to be done to protect these people.”

Department of Corrections and Community Supervision spokesman Thomas Mailey said, “The parole board is an independent body and the fact remains that — despite their best efforts to forget it — each member was vetted and approved by the same Republicans who organized today's presser.” A parole spokesman added the board tries not to limit how many family members can speak out.

Jay Jacobs, chairman of both the state and Nassau Democratic parties, said the parole board’s decision had “nothing to do with” political parties but with the sentencing judge who gave Solomon the opportunity to be paroled.