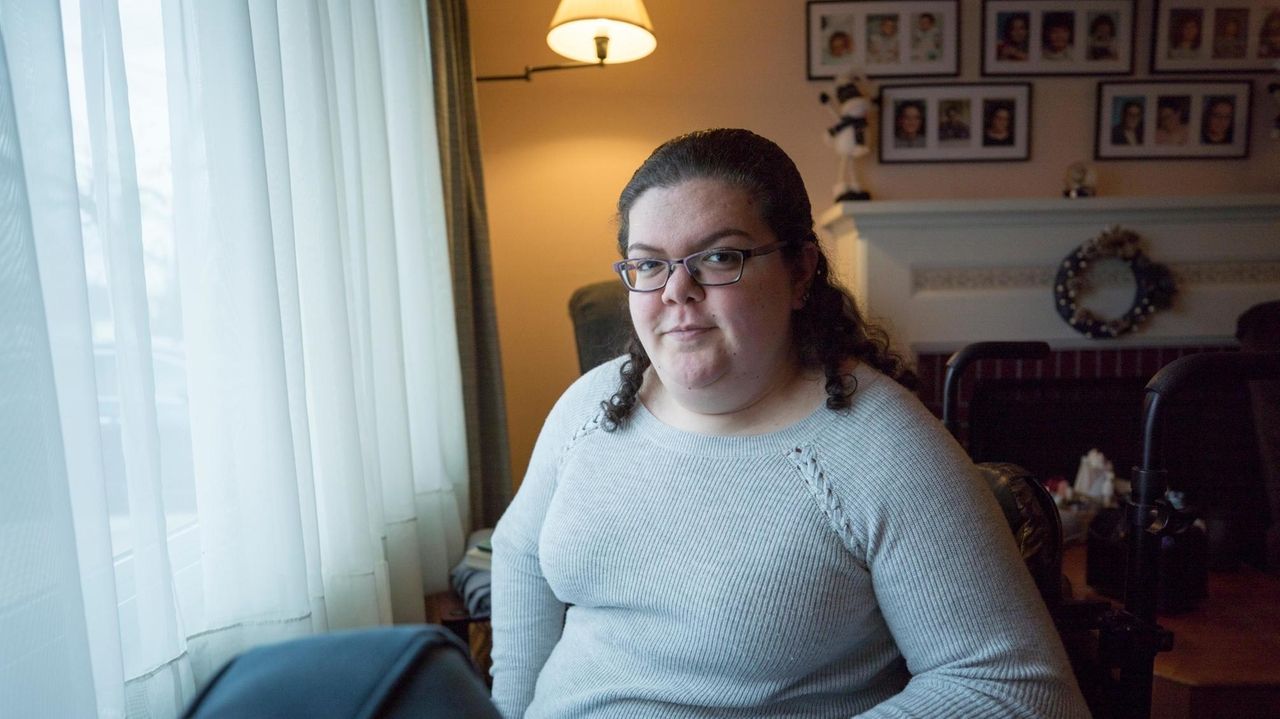 Editor’s Note: Do you know a millennial in your community who advocates for an issue they care about? Email rachel.weiss@newsday.com.

Last summer, Alexa Cox decided to compete in her first beauty pageant. She wanted as many people as possible to hear her message of anti-gang violence, so she entered Miss Long Island Teen.

Cox, 17, grew up in Central Islip. She and her family live a few minutes away from a park on Clayton Street. In April 2017, four men were murdered in that park by members of MS-13, according to federal prosecutors.

“It was really amazing when [the park] opened,” Cox said. “We were there for the opening, and then not even a couple months later, that tragic incident happened. It was just so heartbreaking, not only for me but for my community as a whole.”

Cox knew she had to do something, which is where the pageant came in. She got to work watching YouTube videos of contestants answering interview questions on stage.

One of the judges was CJ Marie, a pageant coach from Queens and winner of Ms. New York Senior America in 2015. She said a significant criteria in crowning Miss Long Island Teen is contestants’ grasp on how current events impact their lives.

“Alexa was wonderful,” Marie said. “She was outspoken, she presented herself very well and was very passionate about what she was saying.”

While on stage for the interview portion of the competition, Cox was asked by one of the judges, “If you could bring me to any place in your community, where would you bring me?”

“I told them about the park,” Cox said. “And how I would show them the memorial of the four teenage boys.”

Cox’s mother, Jeanine Cox, thought her daughter would make it far in the competition, but wasn’t expecting her to take home the crown.

“I told her, ‘It’s your first pageant, you haven’t had any coaching, and some of these girls have been doing this since they were in elementary school, so just do the best you can and be yourself,’” Jeanine said. “And when she won, my husband and I were just shocked . . . I almost fell out of my chair.”

Since her victory in August, Cox has been making appearances at all kinds of local events, from fundraisers to fashion shows, “speaking to the youth about staying in school and focusing on their future.”

“That’s my main goal throughout this, is trying to convince them to stay in school and figure out what career path they want to go into at a young age.”

Cox has also been contacting local politicians about her cause, such as Suffolk County Sheriff Errol Toulon Jr.

“I want to actually try and see if I can talk to any former gang members to get more insight on gang life and why people get involved in those types of things, to try to prevent other people from getting involved,” she said.

Cox, a senior at St. John the Baptist Diocesan High School in West Islip, is still figuring out her college plans. She would like to work in the media industry but also knows that she wants to stay an activist. In addition to her anti-gang violence work, she’s part of Reality Check Long Island, which fights against the depiction of tobacco products in children’s media.

She is also an advocate for lupus awareness and participates in events hosted by the Lupus Alliance of Long Island/Queens. Cox’s mother — whom she calls her best friend and manager — was diagnosed with lupus before Cox was born.

Although Cox’s plate may seem to be full, especially for a teen, she says there’s much more to come. The Lupus Alliance’s next walk-a-thon is scheduled for May, and she is excited to volunteer again.

Cox’s top-choice universities are in Pennsylvania, Virginia and Washington D.C., but she plans to continue fighting for the Central Islip community. Cox would like to start a program that will unify other millennial activists to combat gang violence.

“Whether you’re 12 or whether you’re 24, you have the right to stand up for what you believe in. And to get others to get involved and take action to stand up against something that you feel like may be wrong in this world,” she said.