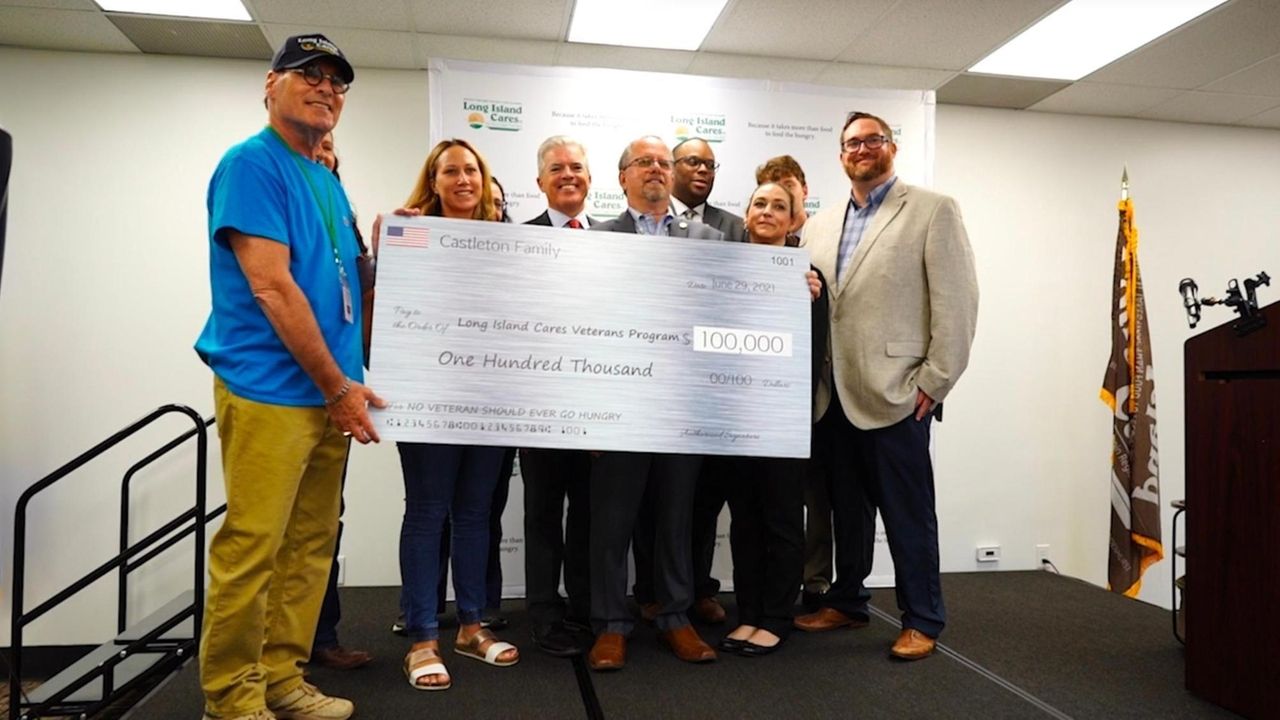 Speaking at the Long Island Cares Center-Harry Chapin Food Bank in Hauppauge, Suffolk County Executive Steve Bellone said veterans "in our community are special individuals because they’re among the rare people who stepped up to put on a uniform and serve our country, and all of us have a special obligation to those individuals who made that decision and made the sacrifices necessary to protect freedom here and around the world."

Separately, a new Suffolk County Veterans Run Series event, the "Run for Briggs 5K," will be held virtually between Aug. 13 and 15, county officials said. The 5K is named after Dashan Briggs, a Riverhead High School graduate and member of the Air National Guard’s 106th Rescue Wing who died in a 2018 helicopter crash in Iraq. Money raised through the run will also go toward helping area veterans service groups.

West Islip philanthropist Steve Castleton, who said he got involved with Long Island Cares through the veteran's program, donated $100,000 to the organization.

Castleton said access to quality food was sometimes difficult for him growing up so he understands the plight of not having enough to eat. He said veterans who risk their lives "to make this the greatest country in the world should never have to worry about where their families or their own food is coming from."

The Warrior Ranch Foundation in Calverton, a nonprofit that teaches veterans and first responders how to feed, groom and exercise horses, often as a form of therapy, and the Women Marines Association, a national organization with a Long Island chapter, according to their website, will also receive donations, county officials said.

Paule Pachter, CEO for Long Island Cares, said "we have to provide for the needs of our veterans, military personnel and their families."

Rebecca Briggs, Dashan Briggs' widow, said her husband loved to help people and she will continue his efforts. She started the Dashan J. Briggs Memorial Foundation Inc., for which she hopes to raise money starting with the August run.