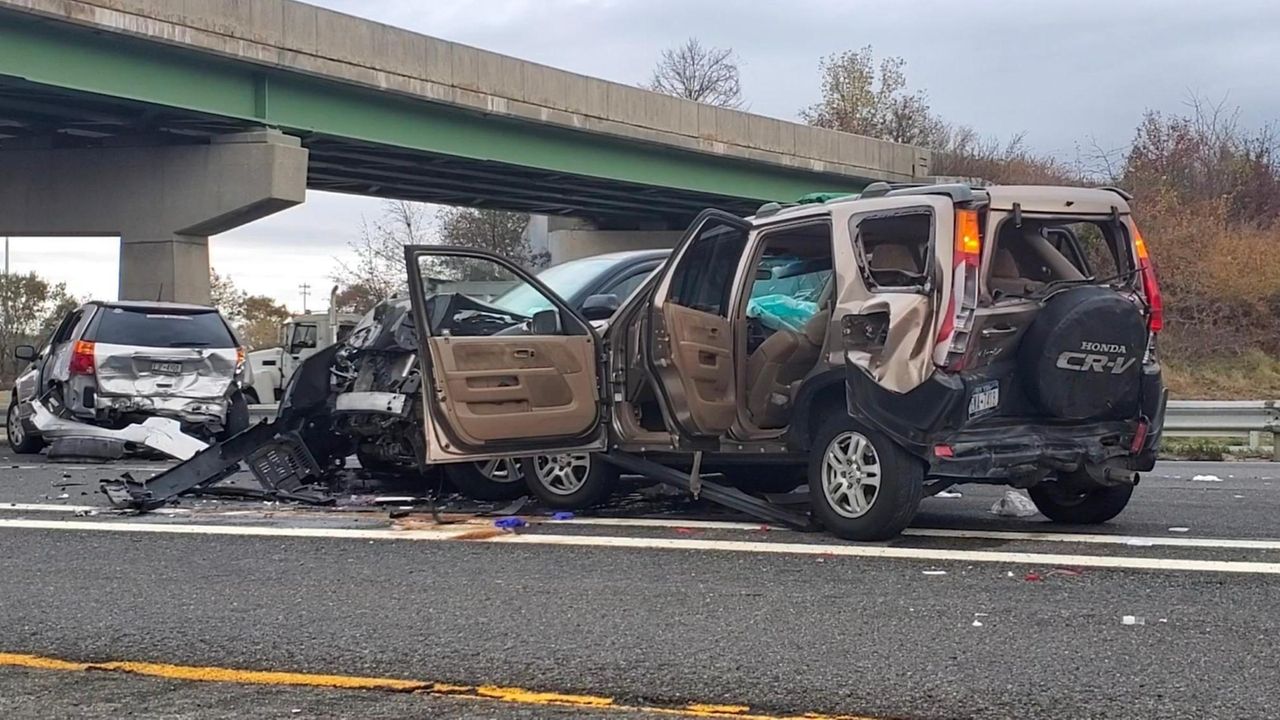 The westbound Long Island Expressway was closed at Exit 53 on the Brentwood-Commack border for a serious multivehicle crash, police said. Credit: James Carbone

The westbound Long Island Expressway at Exit 53, which was closed after a serious five-vehicle crash Tuesday morning, reopened about seven hours after the collision, according to Suffolk County police.

The crash site was located just west of westbound Exit 53 on the Brentwood-Commack border.

Police said one driver was seriously injured and four others hurt in the crash, which was reported at 6:58 a.m. Crews began removing wrecked vehicles from the scene around 12:30 p.m.

Suffolk County police provided this account: Lonnie Garrett, driving a 2012 Toyota Highlander west on the highway west of Exit 53, rear-ended a 2004 Honda CRV driven by Eduardo Turcios. That initial crash set off a chain-reaction crash involving a 2008 Chrysler Pacifica, a 2016 Mercedes 350 and a 2016 Jeep Grand Cherokee.

Turcios, 67, of Westbury, was flown by Suffolk police helicopter to Stony Brook University Hospital with serious injuries. Garrett, 63, of Coram, and the three other drivers were taken to other hospitals with minor injuries.

Police said each of the vehicles was occupied only by a driver.

The expressway was first closed between Exits 53 and 51, with traffic diverted onto the service road through the area. Around 9:30 a.m., traffic was being allowed back onto the highway at Exit 52, and around 10:30 a.m. police said that Crime Scene detectives were on the scene to conduct an investigation.