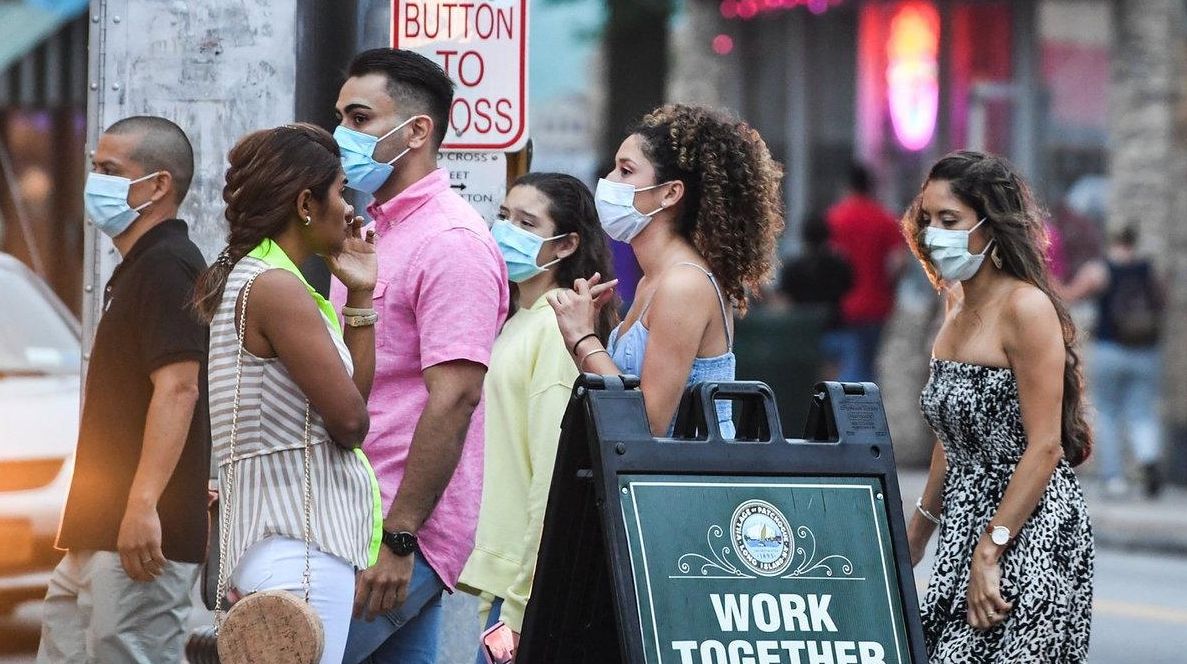 Millennials of color feel that Long Island does not have the high-paying jobs or available housing that they need to remain on the Island, a new survey reveals. Minority Millennials founder / president Daniel Lloyd spoke about it on Sunday. Credit: James Carbone

Millennials of color feel that Long Island does not have the high-paying jobs or available housing that they need to remain on the Island, a new survey reveals.

The 33-question survey, aimed at those 25 to 39 years old, was designed to collect data on topics such as employment, education, housing and transportation. The answers were collected through the fall and winter of 2020.

Nearly 75% of the 205 respondents said that Long Island will not be able to attract the high-paying industries in which they wish to work. More than 75% said they are unable to find Long Island employment that aligns with their salary expectations.

IDA chief executive Tom Dolan said in an email that he thinks the responses reflect the "immense costs" that businesses face here due to property taxes that result in lower pay for employees.

"That’s where the IDA comes in. By offering the benefits that we do, we incentivize businesses to come to Long Island and bring with them higher paying jobs," Dolan said.

"I think this will lead to further conversations about how majority-minority communities push education in the next decade or so, and what that looks like," said Minority Millennials President Dan Lloyd. It could mean more emphasis on trades, community college or emphasizing specific kinds of degrees, he said.

With a bachelor’s degree in psychology, Katherine Estrada, 31, of Central Islip, was surprised to find herself falling into that pay range. Looking to stay in her chosen field, Estrada said she recently had to switch jobs and take a pay cut.

"I could not find something that was fulfilling and paid well here," she said.

More than 71% said they live with parents or relatives and more than 53% said that lack of housing options may limit their ability to remain on Long Island.

Recently married, survey respondent Kiana Abbady, 27, of Freeport, is a renter who would love to buy a home but says ownership remains out of reach due to limited choices.

"Long Island is eventually going to age itself out," said Abbady who is a program manager at a nonprofit. "Eventually, we will reach a point where this isn’t going to be sustainable and that’s going to be a much bigger problem, and Nassau and Suffolk will have no choice but to reassess how they’ve been developing and how they’ve been allowing NIMBYism to dictate who and what can truly flourish on the Island."

Cantor, who conducted a survey answered primarily by white millennials in 2014, found concerns remained the same.

"What that told me is that after so much talking by public officials, Long Island has not changed one iota," Cantor said. "We hear so much talk about how we’ve got to keep the young people here … we’re doing nothing about Long Island’s affordability."

Of the participants in the new survey, 88% said that if Long Island continues to ignore young peoples’ needs they see themselves leaving.

MILLENNIALS FROM COMMUNITIES OF COLOR