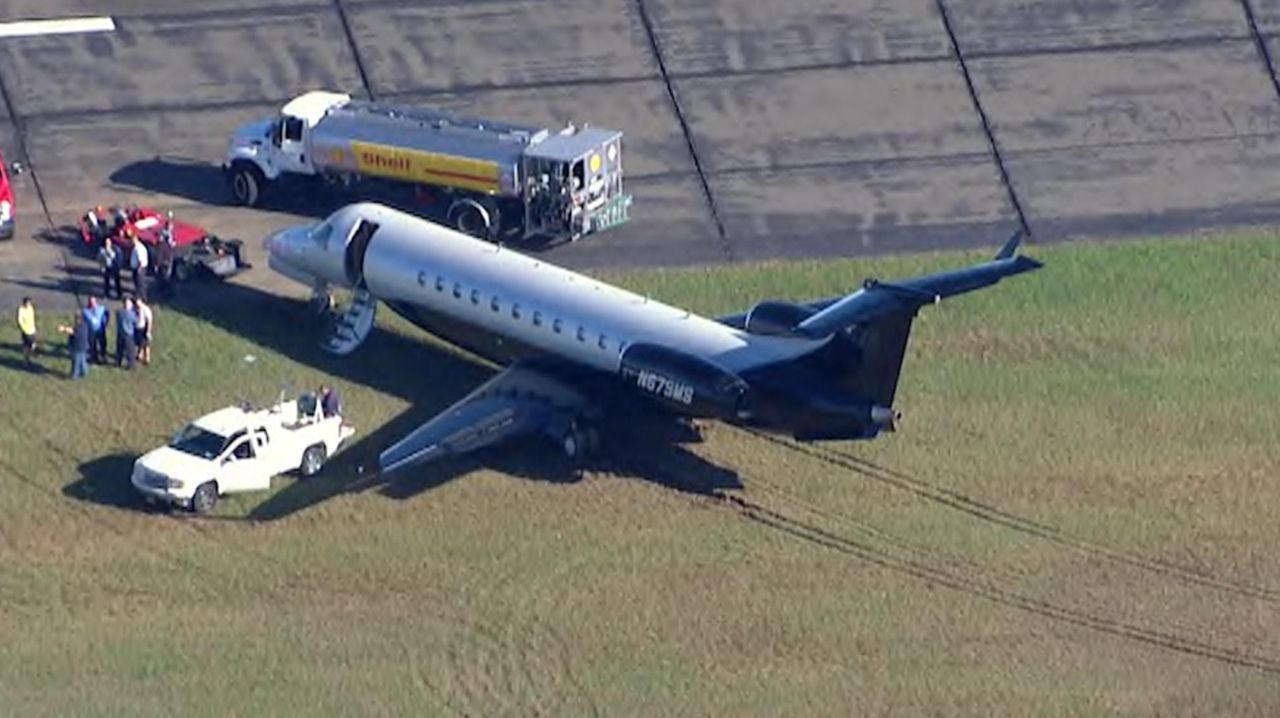 A Legacy corporate jet with nine aboard, including crew, rolled off a taxiway Tuesday, Oct 10, 2017, at Long Island MacArthur Airport, ending up stuck in an adjacent grass area, an official said. No one was injured. Credit: News 12 Long Island

No one was injured when a Legacy corporate jet with nine aboard, including crew, rolled off a taxiway Tuesday morning at Long Island MacArthur Airport, ending up stuck in a sodden patch of an adjacent grassy area, an official said.

The incident occurred at about 5:30 a.m. on a taxiway in the southeast corner of the Ronkonkoma airport, near Runway 10-28 and Runway 33, said airport Commissioner Shelley LaRose-Arken.

Airport operations were not affected.

It was not immediately clear who the aircraft operator was or where the flight was headed.

LaRose-Arken said the MacArthur-based jet was to be removed from the grassy area as soon as a tow could do so.

The Federal Aviation Administration said the twin-engine Embraer E135, also known as the Legacy, “turned onto the grass while taxiing to Runway 33 Left for departure.”

The FAA is investigating.