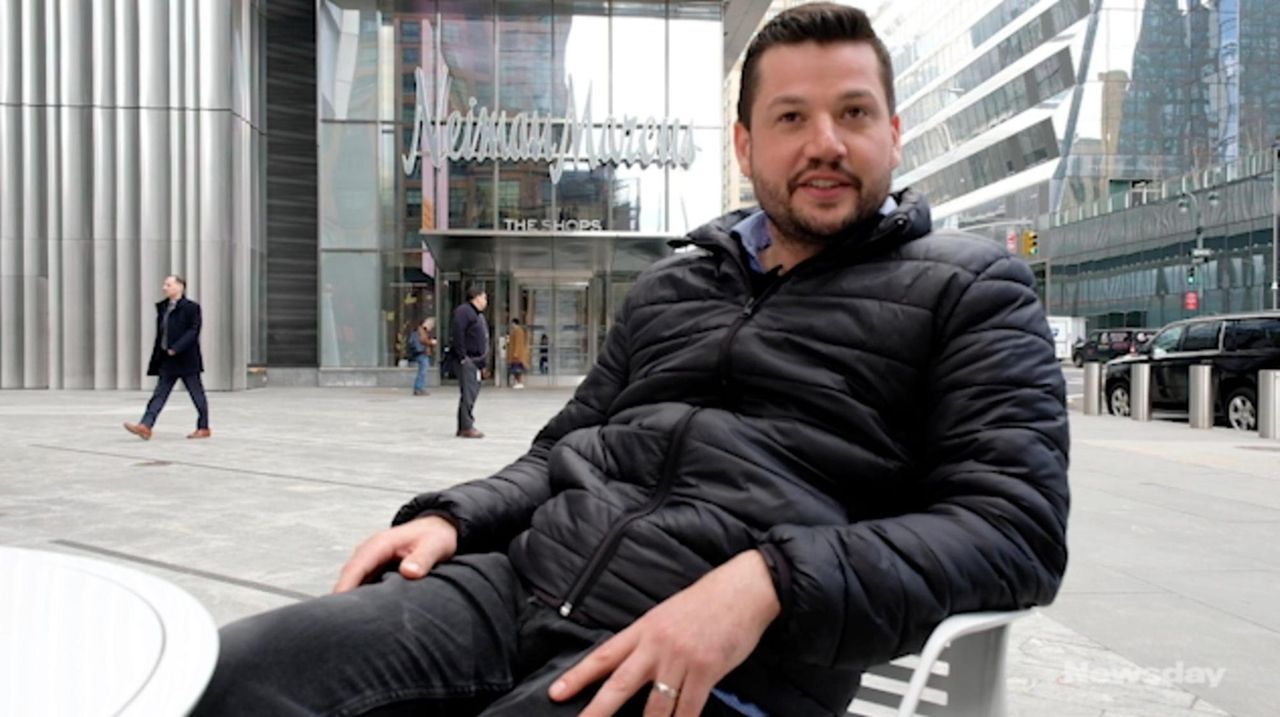 Russell Makofsky said he had never seen a chess player like the Nigerian boy who, while living in a homeless shelter, won the state championship for his age group.

Makofsky, who grew up playing chess in Mastic Beach, found himself a focus of attention Tuesday as the coach of Tanitoluwa Adewumi, the 8-year-old refugee who went undefeated in his kindergarten-through-third-grade age group at the state tournament earlier this month.

“I think it’s tremendous,” said Makofsky, 34, a graduate of William Floyd High School who eventually landed a full-time job teaching the game to students in New York City schools. “I’ve been around kids and chess for a very long time in New York City and I have never seen a kid” who did not even know how to play the game a year ago “winning a state championship.”

Tani, as the boy is also known, arrived in the United States in 2017 with his family and learned to play the game only in the past year. He triumphed over 73 other players in his age group in the championship.

Makofsky heads the chess program at Tani’s school, PS 116 in Manhattan. The boy’s family, devout Christians, fled Nigeria because of fear of persecution by the Boko Haram terrorist group.

Makofsky said he thought Tani triumphed partly because of his drive. “He understands the importance and the magnitude of what he needs to accomplish in this country,” Makofsky said. “He was basically inspired and that’s what led to his success in the end.”

Tani told NBC News that “what I like most about chess is deep thinking.”

The boy's story has prompted an outpouring of goodwill from people, including many who donated money and one who offered an apartment in Manhattan to his family, Makofsky said. They moved in Tuesday.

Makofsky created a GoFundMe page for Tani after he won the championship. As of Tuesday night, it had raised almost $179,000 in four days, according to the website.

Earlier in the day, former President Bill Clinton tweeted his congratulations to Tani and his parents, adding: "You all should stop by my office in Harlem; I'd love to meet you."

Makofsky, who now lives in Manhattan, said he first learned to play chess with his grandmother, who “basically introduced me to the game.” He also played with friends at Tangier Smith Elementary school in Mastic Beach, sometimes during lunch. And his father “would take me to Washington Square Park in New York City and I’d get to play some of the guys in the city, which I got a real kick out of.”

“Every picture that you look at of me when I was a kid, I was basically playing chess,” he said. “There was nobody that really played chess to any great extent, but I just loved the game. That was my thing.”

He said that when Tani won the championship, “I was moved beyond words. I was emotional and I knew it was big.”

Now, Makofsky said, he will get back to his job of teaching chess. “That’s my passion,” he said. “My morning through evening and all through the night — I’m training kids in New York City.”