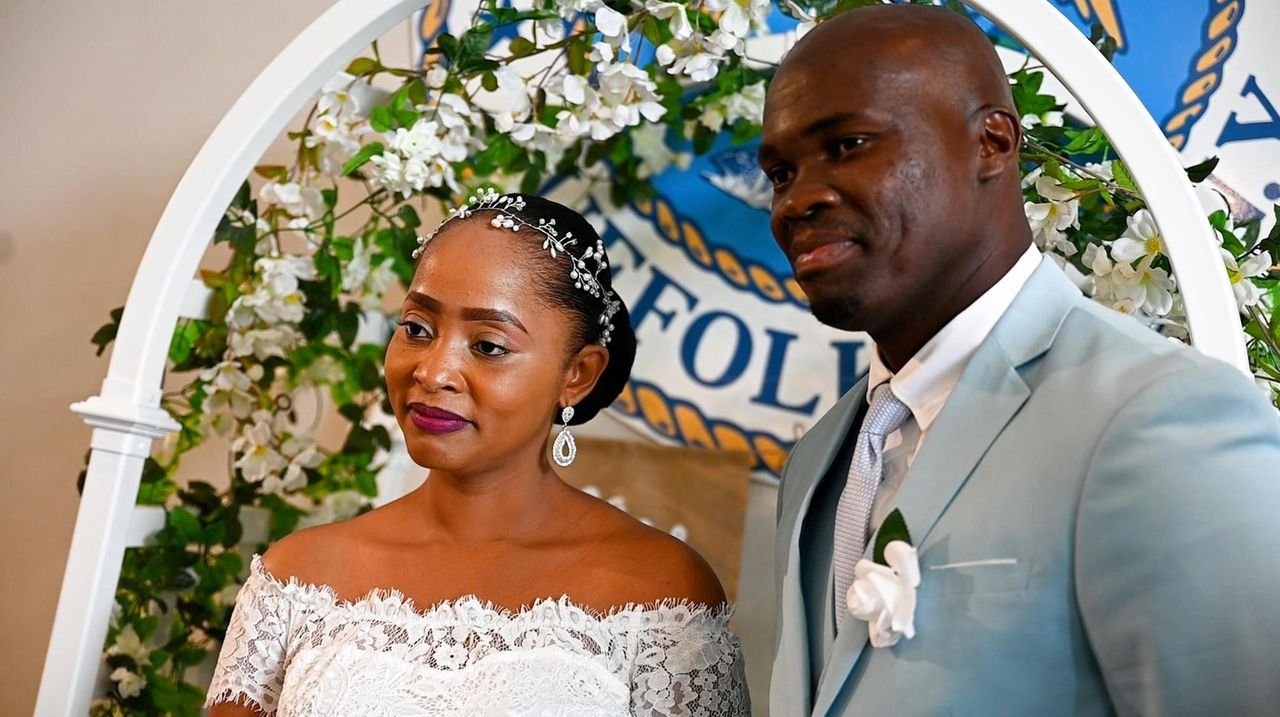 Long Island town officials are seeing a surge in requests for marriage licenses and wedding ceremonies this year, as couples who are unable to get appointments in New York City and upstate search east for wedded bliss.

Towns in Nassau and western Suffolk are seeing increases of between 10% and 50% in marriage license applicants this year over pre-pandemic times, as well as a rise in wedding ceremony requests. With the wedding season only half over, many towns are on pace to beat their 2019 numbers.

"We’ve certainly had a major spike in both marriage licenses and wedding ceremonies during COVID that we noticed right away toward the end of winter," said Oyster Bay Clerk Rich LaMarca.

With so many weddings canceled last year due to COVID-19, many were eager to tie the knot this spring and summer, town officials said. In New York State, a marriage license is only valid for 60 days. In-person appointments for licenses and ceremonies stopped in New York City in March 2020 and only resumed Friday. The city’s Project Cupid website, designed to help couples get virtual appointments during that time, quickly filled up, leading to a four-month backlog. The city then opened up more appointments weekly, but many couples complained that even when those slots were announced, they were immediately snagged.

Bay Ridge, Brooklyn, residents Justine Del Valle, 28, and fiancé Jorge Santisteban, 34, started keeping a watch on the city’s website in April. But with no sign that the office would reopen or appointments would be made available in time for their July 25 wedding, Del Valle took the advice of a co-worker who had to go outside the city for her license and began frantically calling towns on Long Island and in Westchester County.

Many municipalities, including some on Long Island, don’t take out-of-towners or didn’t have appointments until September, she said.

"I got so stressed out about it," Del Valle said. "I just wanted to find a place where I could leave with the license in my hand."

Then she called Babylon Town, where staff told her to come over. Once there, she and her fiancé had a marriage license in their hands within 20 minutes.

"It was such a stress reliever," Del Valle said. "Who has time out of their day to check a website every hour or every day, especially when you’re planning a wedding and there’s so much to do."

Babylon Town Clerk Gerry Compitello said she’s had people come "from all over New York," including the five boroughs, Westchester County and the Hudson Valley.

"People try the city first, then they work their way out; they’ll try Hempstead, then try the next town," Compitello said.

Hempstead and North Hempstead town officials report that they are seeing more out-of-towners than ever before, with at least 50% of the applicants this year being nonresidents. North Hempstead Town Clerk Wayne Wink said he’s heard anecdotally of New York City marriage bureau workers suggesting frustrated applicants come to the town.

"We had a huge influx when Cuomo shut everything down, and it just never stopped, it still hasn’t stopped," said Hempstead Town Clerk Kate Murray, who noted that the "vast majority" have been coming from New York City. "We’re seeing lines like we haven’t seen in a long time . . . I think now people are feeling safer and freer and they’re like, ‘Hey, let’s do it and let’s do it in person.' "

Clerks are not complaining about the marriage surge, nor the extra money it brings to town coffers. Marriage licenses run $40, while ceremonies can cost up to $75 in some towns, officials said.

At times there is an urgency in getting married these days, clerks said. Some need to be put on a spouse’s insurance, some want to marry before buying a home during the housing boom and some are in danger of losing a deposit for a catering hall, where spots are hard to come by this year due to previous cancellations.

"They’ll come in shaking, saying ‘I’m getting married in two weeks and I can’t get a [license] appointment!’ " Compitello said.

While some towns require appointments and only serve residents, Babylon has always allowed walk-ins and accepts nonresidents for licenses and ceremonies.

Compitello said she used to have two staffers trained for the marriage license process but now has five. Ceremonies have also increased, from about eight to 10 weddings per week in 2019 to approximately 15 to 20 per week now, so the town has doubled its officiants, from six to 12. On a recent morning, Compitello performed 10 weddings in less than two hours.

"It’s exciting," she said. "This makes things a little more normal for people. It’s like, ‘Yes, we can finally get married in person now.’ "