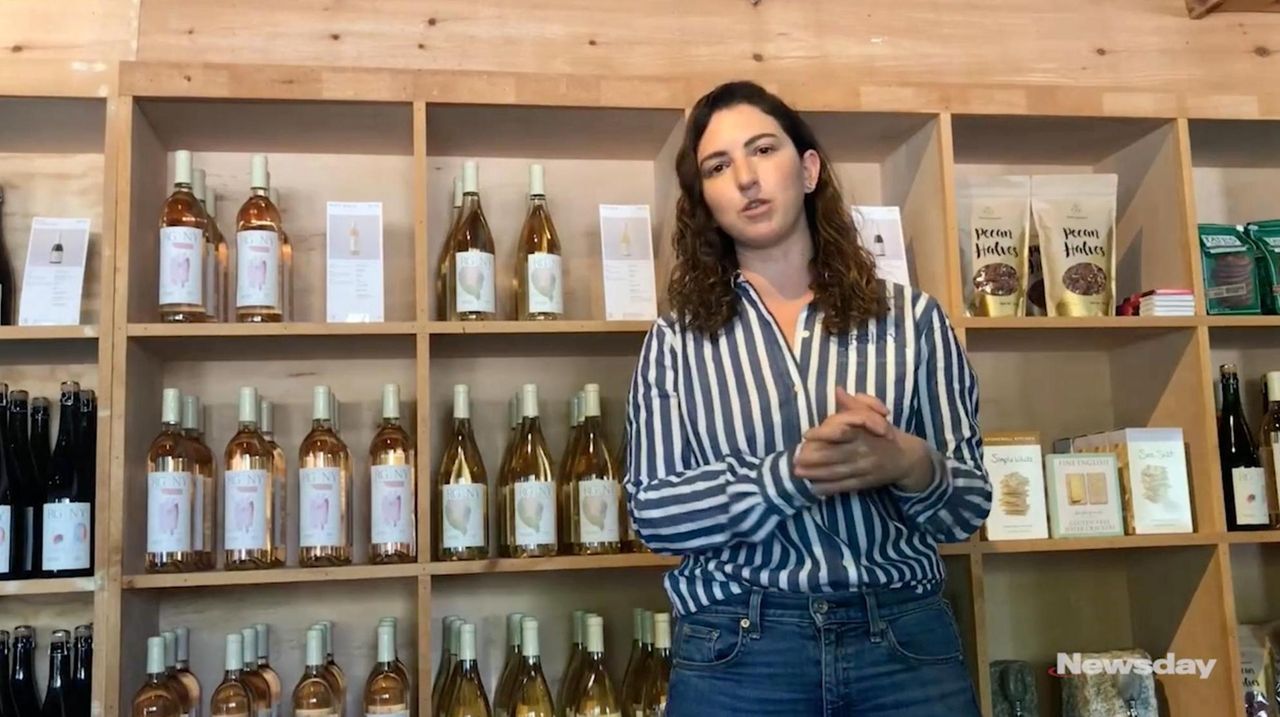 The new RGNY brand formally launches this weekend at the former Martha Clara Vineyards with a focus on the wine “experience,” a newly remodeled tasting room and a shorter wine list. Maria Rivero Gonzalez spoke Monday about overseeing the Riverhead vineyard for her family, which bought it a year ago for $15 million. Credit: Mark Harrington

A year after acquiring Martha Clara Vineyards in Riverhead, the Rivero Gonzalez family is putting its stamp on the operation with a new name, RGNY, and a new focus on the vineyard “experience.”

Chief executive Maria Rivero Gonzalez, in an interview on Monday, said a formal launch of the new brand will take place this weekend at the company’s newly remodeled tasting room. The winery now sports signs touting the new RGNY name as well as new labels and tasting room upgrades since May 10. It has also begun planting five more acres of vines, adding to the current 80 acres already planted. Rivero Gonzalez said her hope is to eventually see 100 of the 205 acres under vine.

But the focus now is on “curating the wine experience” at the former Martha Clara tasting room and operations, she said. Customers will be able to rent "gardens" at the vineyard to host catered gatherings with wine, blend their own wines from varietals at the winery, and take private tastings in an upper floor of the main tasting room, which has been remodeled.

Most of the five new acres of vines have been planted closer to garden areas behind the tasting areas, to bring customers closer to the grapes as they mature.

"We are looking to attract people who want to have a good time but are also interested in wines,” Rivero Gonzalez said. “We’re looking for newer ways for people to approach the wine.”

The main tasting room has also been remodeled, with an open, more modern feel. An adjacent store features bottles bearing the new RGNY and Scielo brands.

The wine list has been whittled from up to 26 different wines under Martha Clara to around 11 this year, with eight available now, including a new rosé, two sparkling wines and numerous whites. Wines under the Martha Clara name are continuing, with sales through a distributor.

There are bigger plans that could eventually involve converting a house on the former Entenmann property into a bed-and-breakfast, and opening a winery for larger-scale production, Rivero Gonzalez said. She also has ambitions for a farm-to-table restaurant. But that’s all in the future and will take a back seat to more immediate plans centered on building the wine experience.

The small winery on site at the vineyard makes two wines, but the plan is to expand into bigger production. “We’re happy with Premium Wine,” the contract winery that makes most of the selection, along with Sparkling Pointe winery. “We’re focused on making better quality wines,” Rivero Gonzalez said.

She said she’s been impressed with the North Fork wine scene since her family bought the former Martha Clara for $15 million just about a year ago. “The wine industry is very dynamic here right now,” she said. “That’s good for everyone. I think people are interested in the North Fork. We hope to ride that wave.”