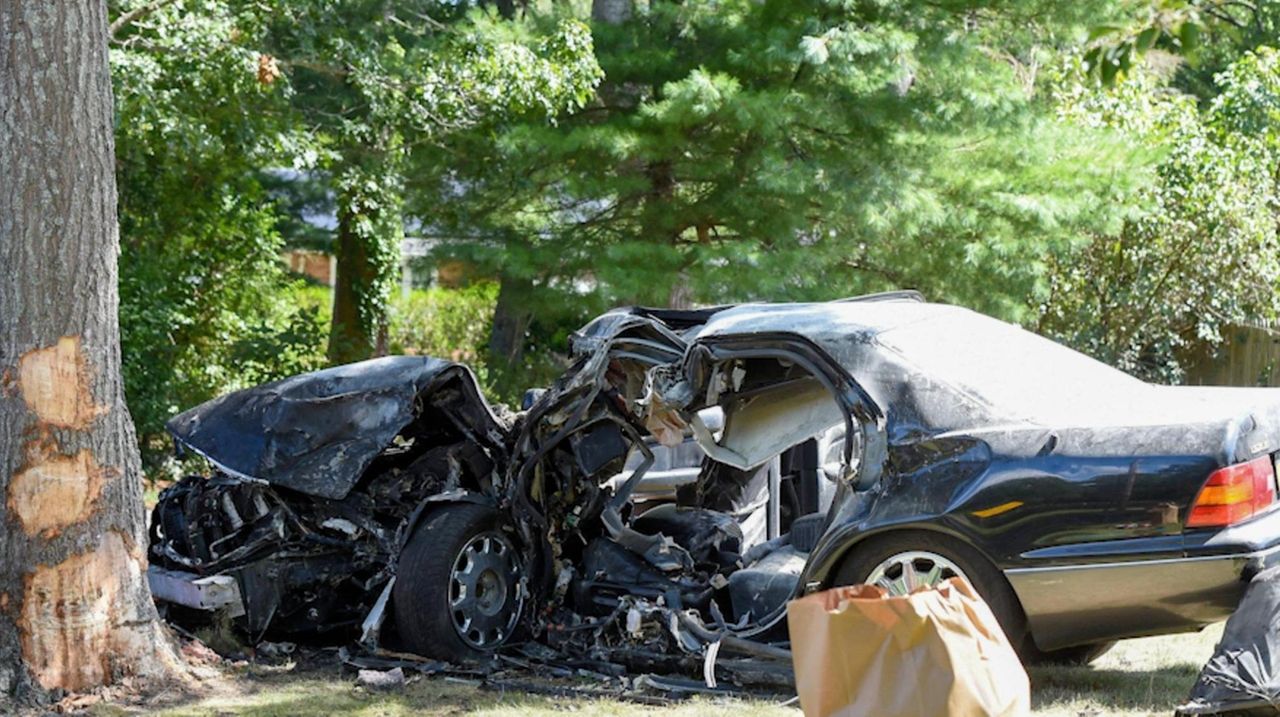 On Friday, one person was killed and two were seriously injured after a car crashed into a tree, then caught fire, in Mastic Beach, police said. Credit: James Carbone

A Mastic man was killed and two teenage brothers were critically hurt when their car crashed into a tree, then caught fire on a quiet side street in Mastic Beach on Friday morning, police said.

A police officer who responded to the scene and helped pull the two brothers from the wreck also was hurt, police said.

William Smith was driving a 1996 Lexus east on Pine Road near Lakeview Drive about 8:45 a.m. when he lost control of the car, which struck a tree and caught fire, Suffolk County police said.

Rasin Jackson, 16, and Zameer Jackson, 15, both of Mastic Beach, were pulled from the car by responding Seventh Precinct Officer David Collins, with help from a Good Samaritan, police said. The teens were airlifted to Stony Brook University Hospital, where they were listed in critical condition.

Collins was taken to Stony Brook University Hospital where he was treated for smoke inhalation, police said. His injuries, police said, are not considered serious.

Detectives are asking anyone with information on this crash to call the Seventh Squad at 631-852-8752.