Dozens of people who knew and respected Michael McDermott of Smithtown gathered on the infield of the Kings Park High School baseball diamond Monday where the 37-year-old teacher and coach had spent much of his time and left his mark in their hearts.

“This is a wonderful man,” said Karen Lessler, assistant principal of the high school, standing among students — some sporting their Kings Park baseball jerseys — parents and other administrators.

She spoke reverently of a colleague and friend she knew for 10 years.

“This was a gentleman who cared about kids,” Lessler said.

McDermott, who also taught physical education at William T. Rogers Middle School in Kings Park, was jogging at about 12:21 p.m. Sunday on the southbound shoulder of Lake Avenue in St. James, police said, when he was struck by a driver who fled in a Nissan sedan. McDermott was pronounced dead at the scene.

Authorities said the driver, Keith Clancy, 32, was pulled over by a police officer near Exit 69 on the Long Island Expressway in Manorville at about 12:49 p.m. and taken into custody. Clancy was arraigned Monday in First District Court in Central Islip on charges of leaving the scene of an accident resulting in death and aggravated unlicensed operation of a motor vehicle.

“The only appropriate comment at this time is to acknowledge the magnitude of this tragedy and to offer our genuine condolences to the family of Michael McDermott,” said Clancy’s attorney, Anthony LaPinta of Hauppauge, in an email. “Our thoughts and prayers are with them during this awful time.” 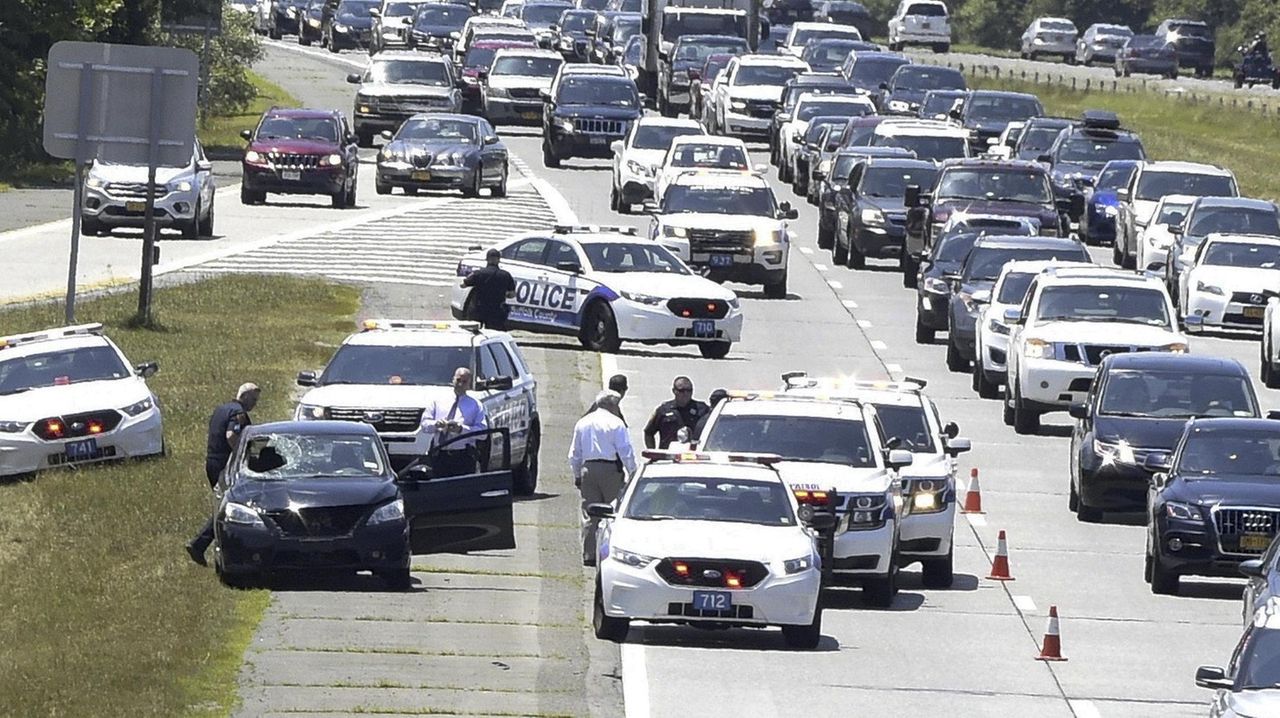 Cops: Man charged after fatal hit-and-run A Mattituck man was arrested Sunday afternoon and charged after fleeing the scene of a crash that killed a jogger in St. James, Suffolk County police said. Keith Clancy, 32, was pulled over by a police officer near Exit 69 on the Long Island Expressway in Manorville at about 12:49 p.m. after the 2014 Nissan sedan he was driving struck Michael McDermott, 37, of Smithtown, police said. Credit: James Carbone

Ethan Edmundson, 16, who will be a junior this fall at Kings Park High School, said he was a third-grader when he met McDermott in gym class. They met up again last year when Ethan tried out for the high school's junior varsity baseball team – and McDermott gave him the nod, so he made the roster.

“I found out he was a great guy and a great coach,” Ethan said. “This year, I really understood how he tried to develop us to become better people and better players.”

Ken Jansson, a math teacher at William T. Rogers Middle School, said he didn’t know McDermott very well, but described his colleague as well-liked in the district because of his passion for students — and penchant for making others smile.

He was enormously popular among the junior varsity baseball players to whom he taught the game’s fundamentals.

Jansson recalled Halloween-time events when McDermott donned a costume — most recently a Superman cape — his playful antics matching those of the students who admired him. That winsome attitude was typical of McDermott.

“He just loved what he did,” Jansson said, standing between third base and home plate on the field.

Chris Chiuchiolo, 19, a 2017 graduate of Kings Park High School, said McDermott used to remind players to make sure to have fun, regardless of the caliber of play.

“He just welcomed you with open arms,” said Chiuchiolo, now a junior majoring in marketing at Virginia Tech. “Not only was he just a great baseball coach, he talked to you about life. In simple terms, he was one of the nicest guys.”

"Mr. McDermott was a wonderful man, talented teacher/coach, and beloved member of our staff, and this news will be shocking to all that knew him," Eagen said. "The district is in the process of reaching out to mental health staff to provide support for both students and staff."