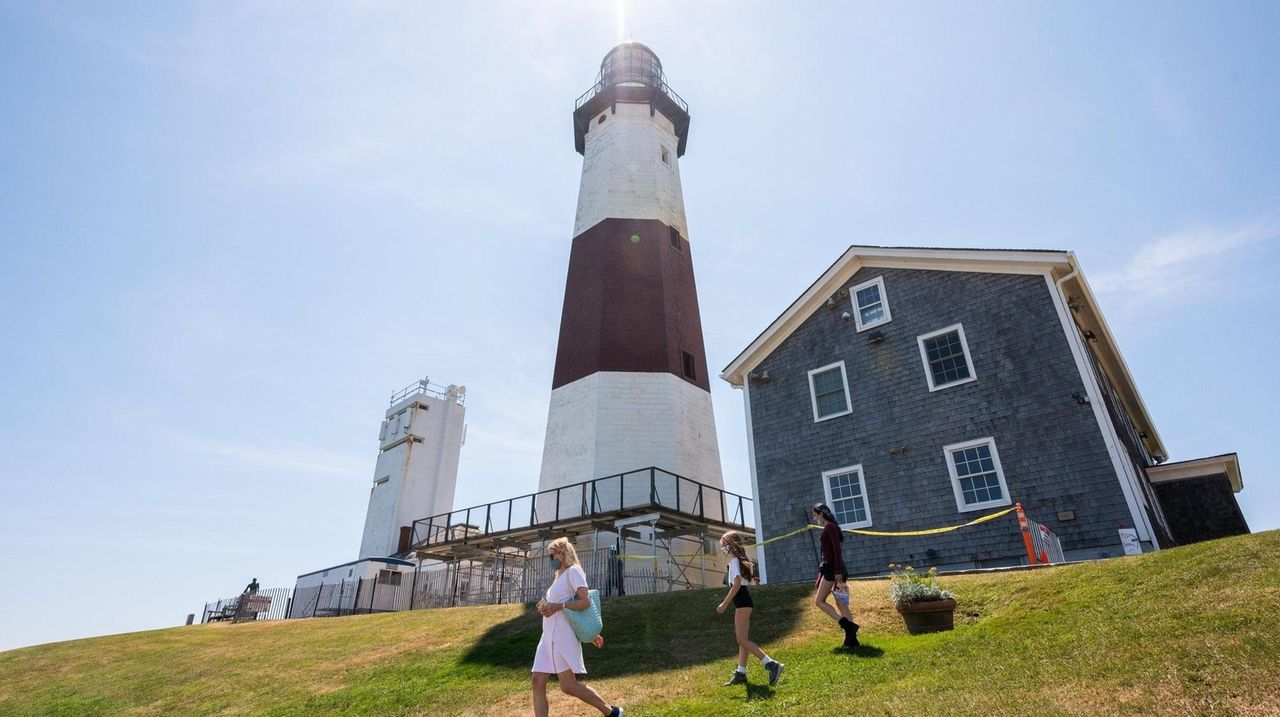 Schumer announced the project’s upcoming start following a call with representatives of the U.S. Army Corps of Engineers. Work on the two-year, $30.7 million state and federal project is expected to begin in May and will strengthen the rock wall surrounding the structure, protecting it from erosion.

Calling the lighthouse "one of the great symbols of New York" during a press conference in Manhattan, Schumer said the work could begin as early as next week.

"The illuminating point here is that these federal Army Corps funds made the Montauk Point Lighthouse protection project happen, and they could not come soon enough," Schumer (D-N.Y.) said in an earlier statement. "Now, one of our great jewels shining proudly on Long Island’s coastal crown will remain in place for years to come, and it ‘shore’ is pretty."

The state Department of Environmental Conservation has also committed more than $15 million for the project and the local sponsor, the Montauk Historical Society, will continue to maintain the site once construction is complete.

H & L Contracting of Bay Shore has been awarded the two-year contract for the project, which calls for removing and reusing existing five- and 10-ton armor stones and adding additional 10- and 15-ton armor stones to protect the shore. The work will also provide slope stabilization with terracing and vegetation above the upper crest of the coastal rock wall, which is known as a revetment.

The lighthouse, a national landmark commissioned by George Washington, sat 300 feet from the coast when it was built in 1796. Today, because of erosion, it is less than 100 feet from the ocean.

Staging has already begun at the site and the first step will be to move a 175-ton World War II-era bunker out of the project’s way, said Greg Donohue, a historical society board member and the erosion control director for the lighthouse.

"There’s a crane down there that can pick up Cleveland, it’s so big," Donohue said, adding that the historical society will seek funds to reset the bunker in its place once the project is complete. "It’s a great start to a very difficult project."

Donohue, an advocate of the project for decades, said when it's completed the sea wall will feature a flat surface at 10 feet above sea level for fisherman and another walkway at 21 feet for recreation. He called the plan beautiful and a gift from the U.S. Army Corps of Engineers.

"They're going to plant some stone and keep that building there for a hundred years," he said.