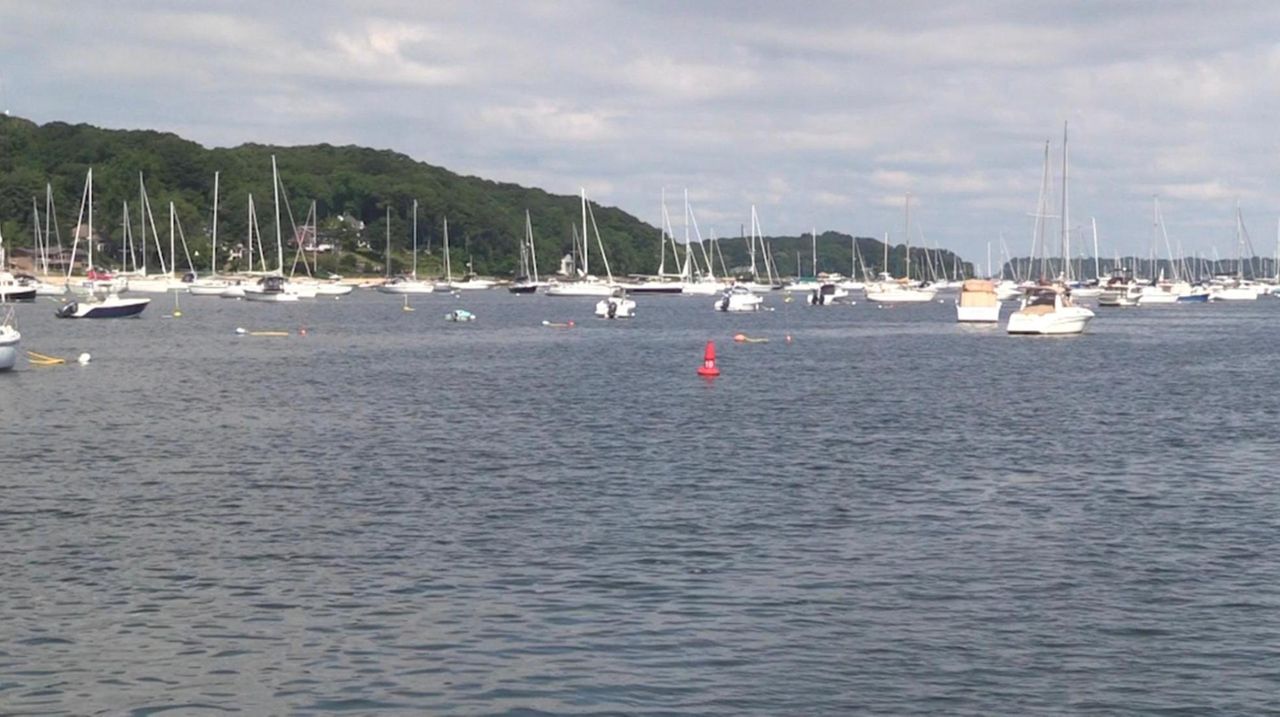 The mayors of Huntington’s incorporated villages said they are disappointed in the way town officials have handled changes to town code in regard to who gets to collect mooring fees. Credit: James Carbone

The mayors of Huntington’s incorporated villages said they are united in their disappointment in the handling of changes to town code involving the collection of mooring fees and jurisdiction over enforcement in the waters immediately off their shores.

Town officials last year passed a law to collect $40 for seasonal mooring permits for use of town waters, which start 1,500 feet past the shoreline. Before the change, Huntington residents were allowed to moor their boats in town waters with a free permit. Nonresidents pay a $200 fee.

In June, the town voted to amend the law to allow collection of mooring permit fees within 1,500 of the shore, which is in the jurisdiction of the villages of Asharoken, Huntington Bay, Lloyd Harbor and Northport. The change, which would go into effect in 2021, also gave the town the power to issue summonses for hazardous condition violations in those waters. The land under the water is owned by the Huntington board of trustees, which is a body separate from the town board.

Town board members Mark Cuthbertson and Joan Cergol both voted against the amendment.

Northport Mayor Damon McMullen said he understands the logic of having funds available to recover the cost to get rid of an abandoned boat for instance, but he’s concerned about setting a precedent.

“When you look at it they are coming into the village within the 1,500 foot of shoreline and that’s our jurisdiction,” McMullen said. “I feel like that it’s my responsibility to protect the sovereignty of the village.”

The mayors cite opinions from 2004 and 2005 from the state solicitor general, backed by the state attorney general at the time, that says the villages have jurisdiction over the surface of water 1,500 feet from the shore. The 2005 finding points out that the town has rights on underwater lands.

Huntington Bay Mayor Herb Morrow said it looks like a move by town officials to push village authority to the side.

“We have the surface water rights to regulate the moorings. If the town requires a rental fee for the mooring on the bottom that would be secondary to our authority and none of the mayors would be opposed to that,” Morrow said.

Huntington Bay Village attorney Anthony S. Guardino in a letter to town officials that the town is confusing ownership rights with jurisdiction to regulate.

“While the Town has ownership rights over the underwater lands in most areas surrounding the Villages, and that it is within its rights to require consent for the use of those underwater lands, it does not have regulatory jurisdiction beyond its boundaries unless granted extra-territorial jurisdiction by the State legislature,” Guardino’s letter said. “Here, the State legislature has unequivocally conferred extra-territorial jurisdiction on villages (not towns) to regulate the anchoring and moorings of vessels and certain other boating activities extending out into the water a distance of 1,500 feet from a village shoreline.”

Town Supervisor Chad Lupinacci said over the years the New York State Court of Appeals and the U.S. Supreme Court have upheld the trustees' right to regulate the use and occupancy of the underwater lands and he believes if challenged in court the town would prevail.

“But the town board is respectful of and wants to work with the villages,” Lupinacci said.

Revenue from the fees will go to help cover the cost of harbor maintenance and cleanup, including removing wrecked vessels and building a boat owner database.  The law also increased required insurance limits for vessel wreck removal and pollution mitigation.

A mooring permit decal needs to be affixed to the transom of the boat.

A mooring can be placed anywhere in Huntington Town waters. No mooring may be placed within the lines of a channel or within 50 feet of a channel marker.

A mooring cannot interfere with any boat or mooring placed previously.