After more than 18 months, Maria Busone didn't expect any news would bring her back to the time when her estranged boyfriend abducted and killed their 2-year-old son.

Suffolk County authorities announced they had charged Chester Pergan, a Ronkonkoma sporting goods store owner, with 69 counts of illegal possession and sales of firearms and weapons, including assault rifles.

Authorities said one of those illegal sales was made in 2017 to John Ligurgo III of Coram, who authorities said used it in 2018 in the murder-suicide of himself and Busone's little boy, Jovani. 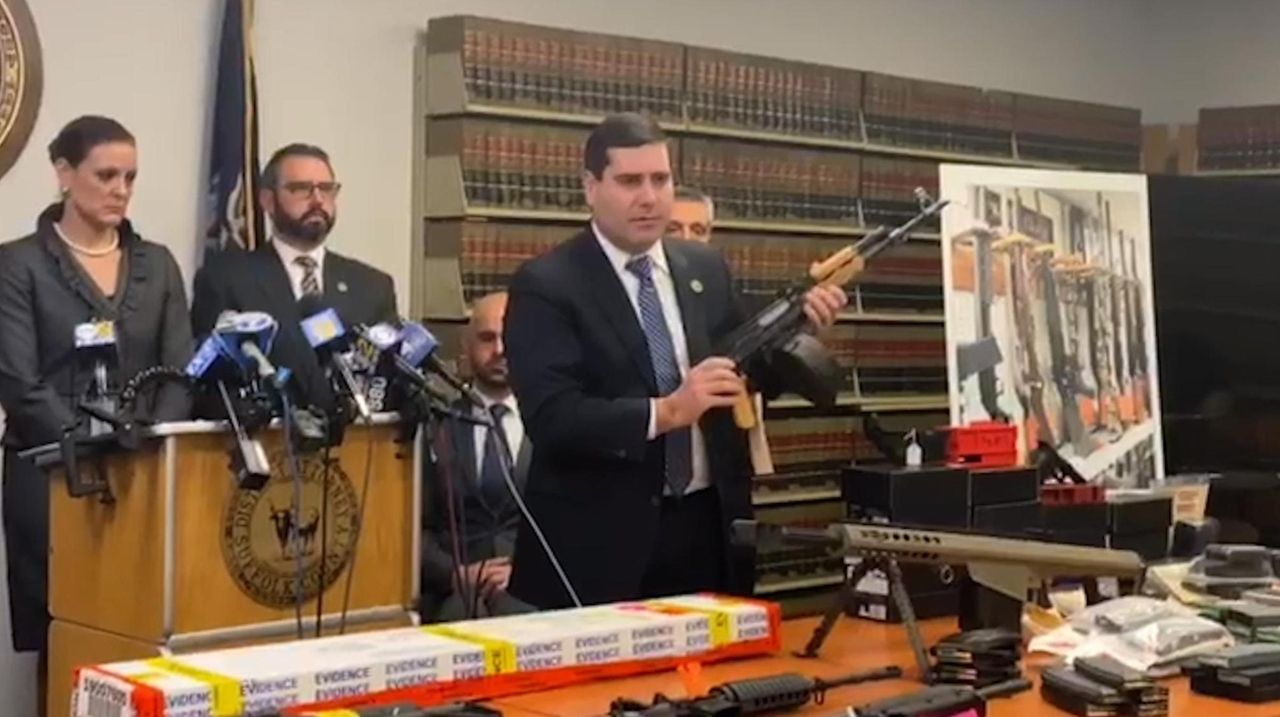 "I was shocked, very upset," Busone said Thursday afternoon. "If that weapon didn't exist, maybe that wouldn't have happened."

On June 5, 2018, Busone had dropped off their son at Ligurgo's condominium in Coram. By 4:30 that afternoon she called police after Ligurgo failed to return the boy to her home, police said at the time. The two were not married and they were estranged and in a custody battle over the boy.

Police said Ligurgo took Jovani to Virginia, where he used the assault rifle to kill the boy and take his own life.

On Thursday, Busone recalled the day when Ligurgo brought home the rifle, telling her they needed it for protection.

"I said, 'I don't think we need that much protection in a condo,' " she recalled.

She said Ligurgo did not have a gun license, and that she did not know the gun was sold illegally.

"If I would have known it was illegal, I would have gotten it out of my house," she said. "He brought it home and said it was a legal hunting rifle."

She said she was mystified how a store owner could sell so many illegal weapons.

"I don't know how a guy owns a shop and is selling illegal firearms," she said. "It wasn't like he was doing it out of his basement."

This latest news, she said, adds to the pain.

"It's just another piece that I have to think about," she said. "It's heartbreaking."

Sporting goods store owner charged with illegal weapons salesOne of the rifles was used in a murder-suicide, the DA said, and authorities seized 116 assault rifles, 820 high-capacity magazines and 80 illegal knives.