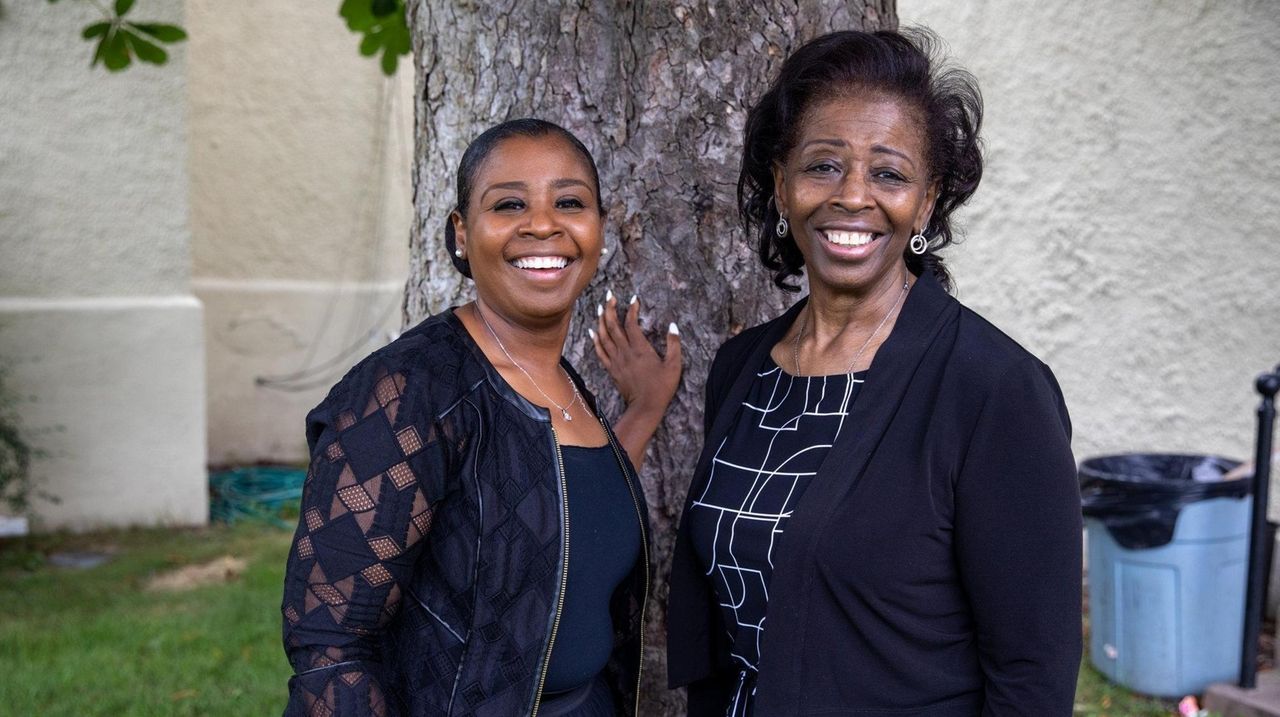 The Rev. Gloria Mixon and her daughter Dawn are lifelong members of Mt. Calvary Holy Church in Huntington Station. They have led the congregation as senior and executive pastor, respectively, for 21 years, and in May, Gloria passed the reins to Dawn, installing her as senior pastor. On July 25, the Mixons talked about their legacy. Credit: Morgan Campbell

The ministry at Mt. Calvary Holy Church of Huntington is all in the family.

Gloria and Dawn Mixon, both of Copiague, are mother and daughter and lifelong members of the Pentecostal church in Huntington Station. They have led the congregation as senior and executive pastor, respectively, for 21 years.

In May, the Rev. Gloria passed the reins to Dawn, installing her as senior pastor. But that is not the beginning of the family's ministerial legacy to the church. In 2000, Gloria took over the reins from her husband and Dawn’s father, Bishop Frank H. Mixon, who had served as pastor since 1996. The family's connection dates back even further with Gloria’s grandmother being instrumental in establishing the church.

After 21 years as senior pastor of Mt. Calvary Holy Church of Huntington, the Rev. Gloria Mixon passed the mantle to daughter Dawn. Photos by Morgan Campbell and Danielle Silverman

But Gloria, 74, now pastor emeritus, said naming her daughter to replace her was not a given. She said she asked God and it was the personality of the third of her four children that revealed her as the chosen because she has a way of connecting with people of all ages.

Dawn, 52, said there is a measure of pressure carrying both family and church legacy, but she’s up for it.

"Sometimes it’s a weight and a blessing at the same time, because you know the history," she said. "But there is much progress to be made in our area and I can’t let the light of this particular church or legacy go out."

While Dawn’s appointment signals a new era in the 92-year old church’s story, the mission remains the same: serving the youth, the elderly, the homeless and anyone who needs love. But Dawn has set a challenge for herself.

"I’m looking forward to growing the congregation, especially with young people," she said. "Where there are young people there’s life, older generations give wisdom."

With a congregation now around 50, Dawn is determined to resurrect interest into the church hearkening back to when it was founded.

In August 1929, Mother Alice Arrington invited Bishop Brumfield Johnson, founder of the church organization, to Huntington Station for a tent revival, a church service held under a tent popular in the last century. Arrington was Gloria Mixon’s grandmother.

The church in the center of Huntington Station, now on the corner of E. 10th Street and New York Avenue, is of particular interest to Dawn’s vision.

The location represents home, she said, a place of security, culture, somewhere where you learn, and she wants others to experience the same.

"This is an assignment for me," Dawn said. "There’s so much love here in the church, on this corner, I want to impart love and for people to know that people love them."

Her mother says she's got it.

"There will be times when people do not agree with her, but I know she's a strong person," Gloria said. "I pray that God gives her the strength and fortitude to be able to stand."