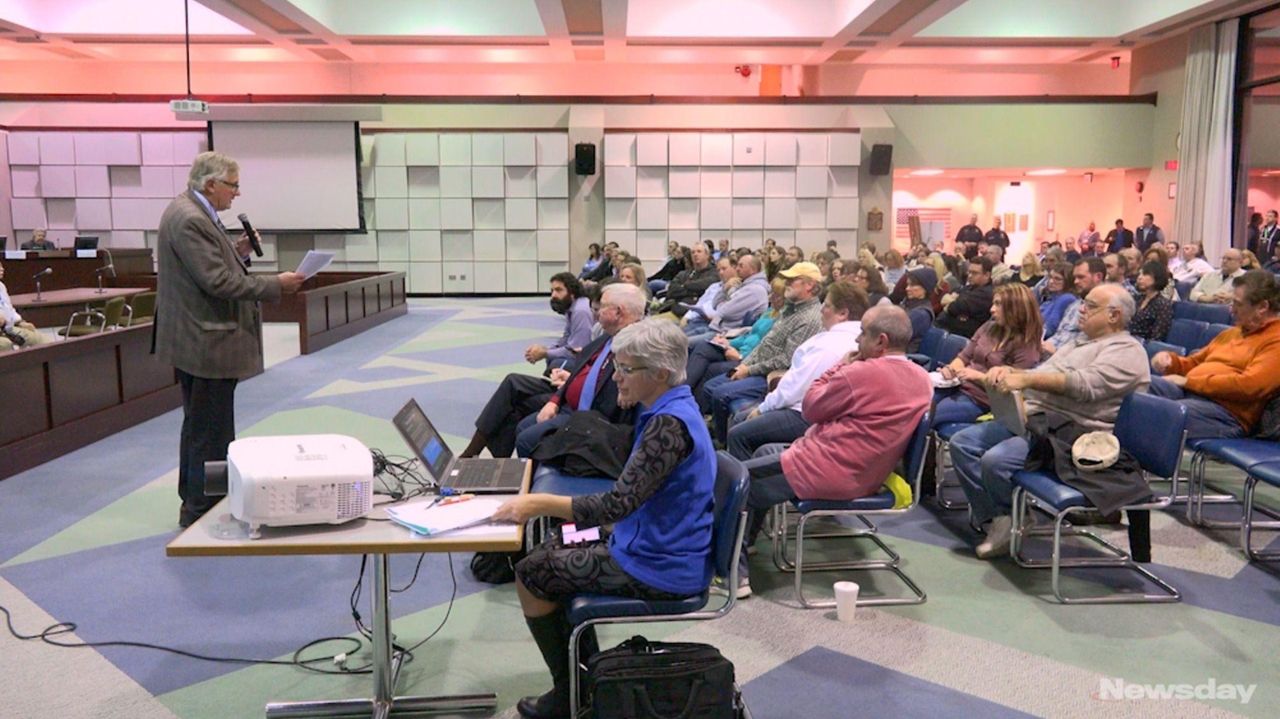 On Tuesday, Feb. 7, 2017, a meeting was held at Brookhaven Town Hall to discuss the death last November of the juvenile humpback whale that was stranded on a sandbar in Moriches Bay and eventually euthanized. The National Oceanic and Atmospheric Administration talked about what went wrong and announced the creation of a nonprofit that will have local authority and will coordinate all future whale rescues. Credit: Newsday / Chuck Fadely

Officials were “unprepared” to handle the “unprecedented number of resources” offered to rescue crews when a juvenile humpback whale became stranded on a sandbar in Moriches Bay, according to a regional official for the National Oceanic and Atmospheric Administration.

The whale was ultimately euthanized, sparking public criticism and dialogue.

While speaking at a public meeting Tuesday about the stranding last November, NOAA regional administrator John Bullard said he hoped to discuss “how we can all work together to be better prepared” for future large whale strandings.

More “could and should have been done to communicate with onlookers” during the whale’s stranding, he told a crowd of dozens at the Brookhaven Town Hall in Farmingville.

From the archives: Why euthanizing a whale is complicated

NOAA is developing an implementation plan with Riverhead Foundation, the state and the Atlantic Marine Conversation Society, a nonprofit organization formed last fall, which they expect to complete by mid-February, Garron said.

“Part of that will be identifying the roles for each agency, laying out what all the resources are and how we’re going to work together,” Garron said.

The Atlantic Marine Conservation Society will act as the lead organization in the case of future large whale strandings, and Riverhead Foundation will act as a support agency.

NOAA also plans to identify state or other local personnel and develop an inventory of resources that can be used during a stranding.

The whale was first spotted grounded on a sandbar in Moriches Bay on Nov. 20. Riverhead Foundation officials attempted to dislodge the animal the same day it was found by using a boat to create waves nearby.

In the meantime, private citizens had offered to help, including some who operated a barge equipped with an excavator. They wanted to dig a hole next to the whale in order to help the animal dislodge itself. Officials warned them that approaching the whale was too dangerous and the technique would likely not work.

Several community members have criticized the decision to euthanize the whale and say officials didn’t act quickly enough to save the creature. 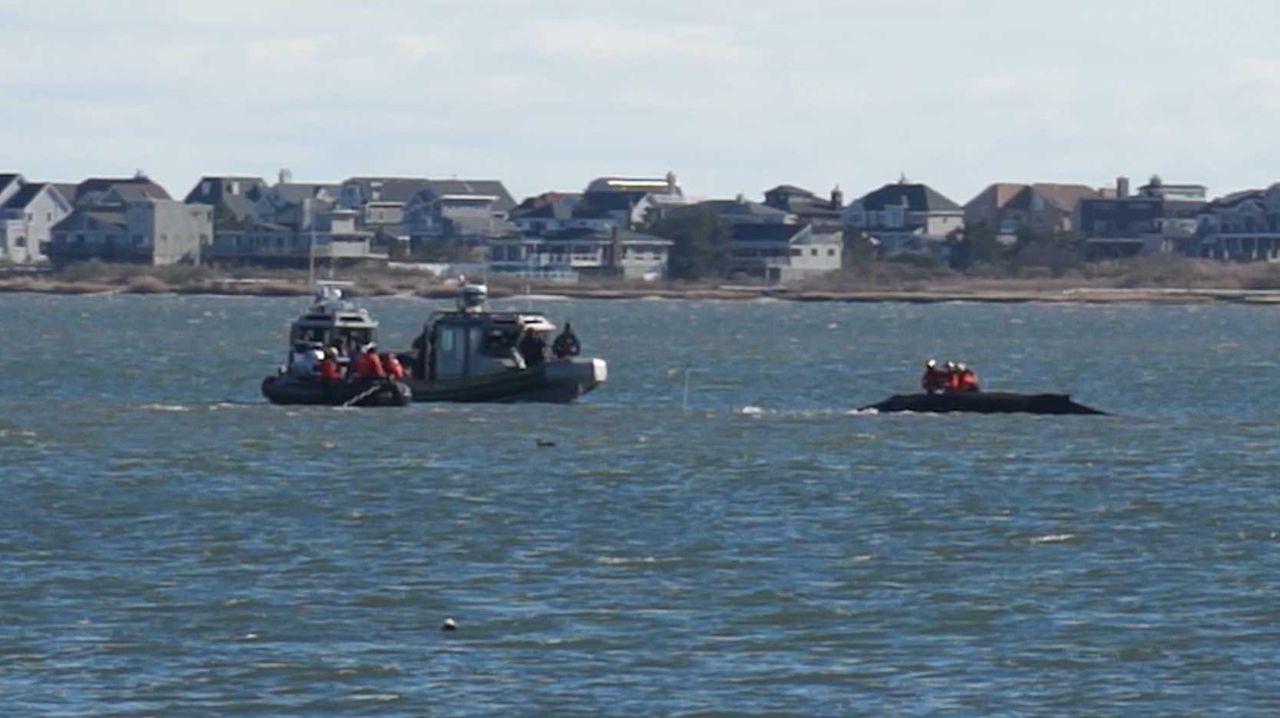 “There was no sense of urgency from the people who are said to care about this whale,” one community member told the panel during Tuesday’s roughly 3-hour meeting.

More than 3,200 people have signed an online petition calling on lawmakers to allow local authorities or private citizens to assist federal agencies in future whale strandings.

Local politicians and state official also weighed in. Gov. Andrew M. Cuomo and the state Department of Environmental Conservation Commissioner Basil Seggos made statements urging NOAA to take any action necessary to try to save the whale.