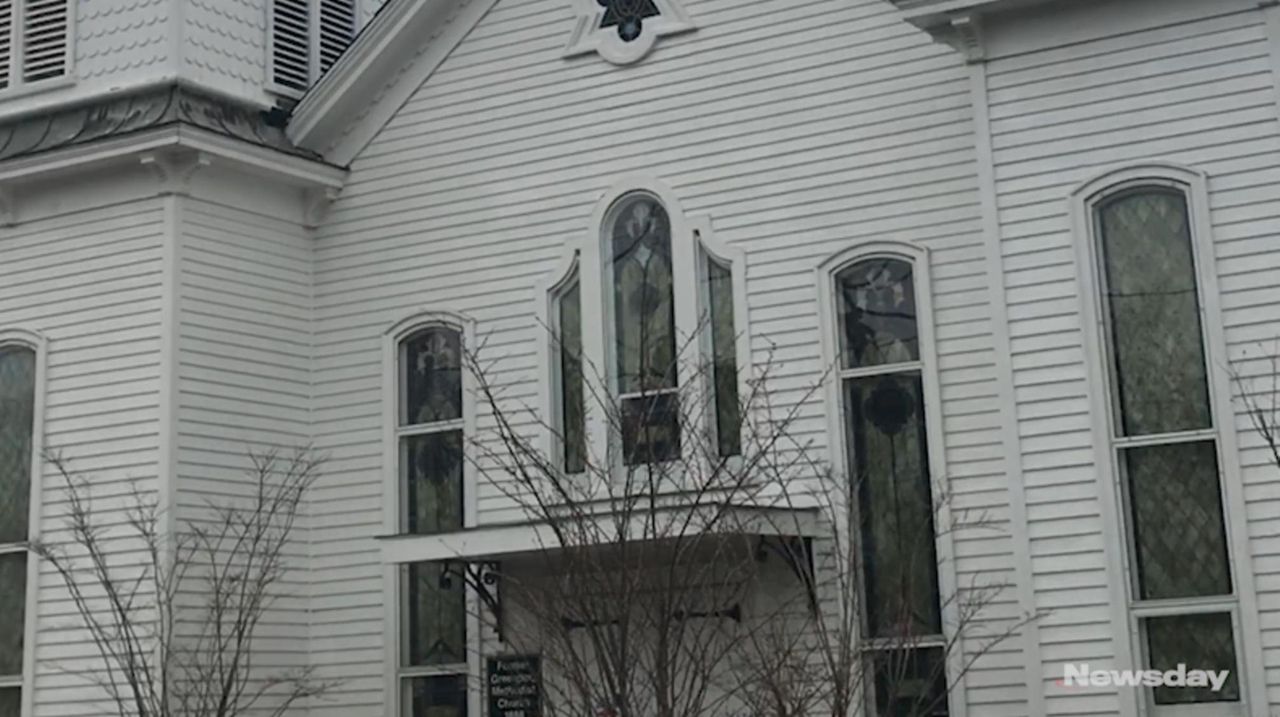 Community Action Southold Town Inc. (CAST) will use a $300,000 state grant to purchase a former Methodist Church in Greenport that will allow the nonprofit to operate in more space and boost its services to needy residents on the North Fork. CAST president Marc Sokol and executive director Cathy Demeroto recently talked about what the changes will mean for the nonprofit. Credit: Newsday / Jean-Paul Salamanca

The days are numbered for a 1,200-square-foot building on Front Street in Greenport that for years has been home base to a nonprofit serving low-income families and individuals on the North Fork, but has provided little space for its volunteers to work.

A $300,000 state grant awarded to Community Action Southold Town Inc., or CAST, in December will allow the nonprofit to purchase and move into a bigger building around the corner — the former Greenport Methodist Church building on Main Street.

CAST officials said the new location will give them more space to run and add new programs, including workforce connections and interview skills, geared toward helping underserved individuals in their region become self-sufficient. They said they hope to relocate by year's end.

Marc Sokol, president of CAST, said Tuesday that the nonprofit envisions its new building becoming “a community center for the North Fork for our clients to meet, to get the services that CAST provides and really the benefit from having the community all together.”

Since the nonprofit opened in 1965, CAST has seen the number of families it helps grow steadily. It provided services to more than 500 families and 1,500 individuals across the North Fork in 2019. Those services include a food pantry, clothing, transportation and giving clients information about housing, heating/utility, education and employment support.

In the intervening years, nonprofit officials realized they needed more space to help their clients.

“It’s a very tight little space,” Sokol said. “We wanted to stay in Greenport, but when you’re in an area where real estate is at a premium … that was going to be a challenge.”

Though poverty isn’t always associated with the East End, Cathy Demeroto, the nonprofit’s executive director, said the tourism and agricultural nature of the area and its high cost of living have spurred more people with part-time or temporary jobs to seek assistance from the nonprofit.

“Our clients are the invisible thread that keeps the North Fork together,” Demeroto said. “Without our clients working in the vineyards, on the farms, in the restaurants, in the hotels, the landscapers and the housecleaners, the North Fork would not be the booming place it is today. We’re trying to help people find work that pays a higher wage and give them skills that can give them a higher-wage job and hopefully year-round work. We want to ensure that they can meet their basic needs with no or minimal assistance, public or private.”

The state funding, which comes from the New York State Regional Economic Development Council, won’t cover the full cost of the $1.5 million to have the building ready and operational, so CAST will launch a public phase of a capital campaign in March to cover the remaining costs.

Town Supervisor Scott Russell said he is glad the nonprofit is closer to getting a new home.

“They serve so many functions in the town that they’re as vital as any organization that you can think of,” Russell said.