A fire on Dec. 16 ripped through part of Main Street, damaging the iconic Sag Harbor Cinema and four other buildings. A nonprofit wants to purchase the building and restore it. Credit: Gordon M. Grant

A nonprofit is seeking to raise $7 million more to purchase the Sag Harbor Cinema and restore the iconic theater that was destroyed in a December fire.

The Sag Harbor Partnership signed a contract on April 6 to buy the property from longtime owner Gerald Mallow, said April Gornik, the partnership’s vice president. But for the deal to go through, the contract’s terms stipulate the nonprofit must have the majority of the $8 million asking price in pledged donations by July 1. One donor has already pledged $1 million.

“It couldn’t be more significant,” Gornik, a Sag Harbor resident and artist, said Sunday of the theater. “The Sag Harbor sign on the cinema was a beacon and an anchor and a kind of a hearth fire for the heart of the village.”

A fire on Dec. 16 ripped through part of Main Street, damaging the cinema and four other buildings. The front of the theater was torn down, leaving a vacant lot in the middle of the village’s busiest blocks. 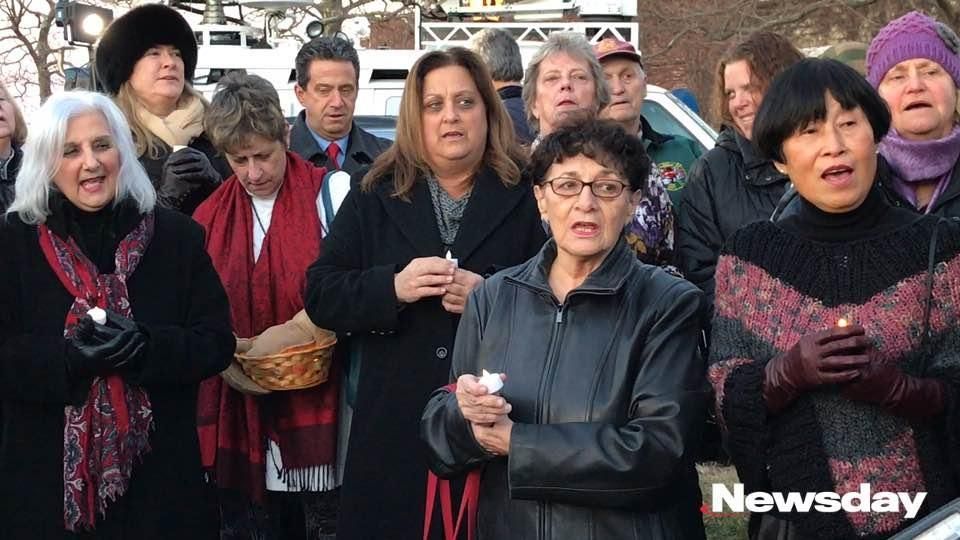 Residents mourn loss of Sag Harbor businesses Sag Harbor residents held a candlelight gathering Tuesday, Dec. 17, 2016, to mourn the loss of the iconic Sag Harbor Cinema, along with other businesses destroyed by fire on Dec. 16, 2016. They also praised firefighters and celebrated the fact that no one was injured in the fire. (Credit: Randee Daddona)

Only one of the damaged businesses — clothing shop Henry Lehr — has reopened. Another, RJD Gallery, opened in a new location in Bridgehampton. The other storefronts are still charred and boarded up.

Gornik, 63, said the nonprofit will need to raise an additional $4 million or $5 million on top of the purchase price to restore the Art Deco-style cinema with some interior changes. The nonprofit plans to divide the 468-seat theater — which is still intact — into two theaters with 250 and 150 seats. The group also wants to rebuild the lobby and create a screening room and a cafe.

Construction would not begin until next year, Gornik said.

Deputy Mayor Rob Stein said in a statement that “the Village Board hopes to work closely with the Cinema Group in expediting this project.”

Alexis Livingston, the manager of Henry Lehr — which reopened on April 1 — said she is concerned that the cinema’s high purchase price and restoration cost will change the “charm” of the theater.

“It’s sad there’s a big hole in the middle of town,” said Livingston, 35. “It’s just going to be a very long process before it reopens.”