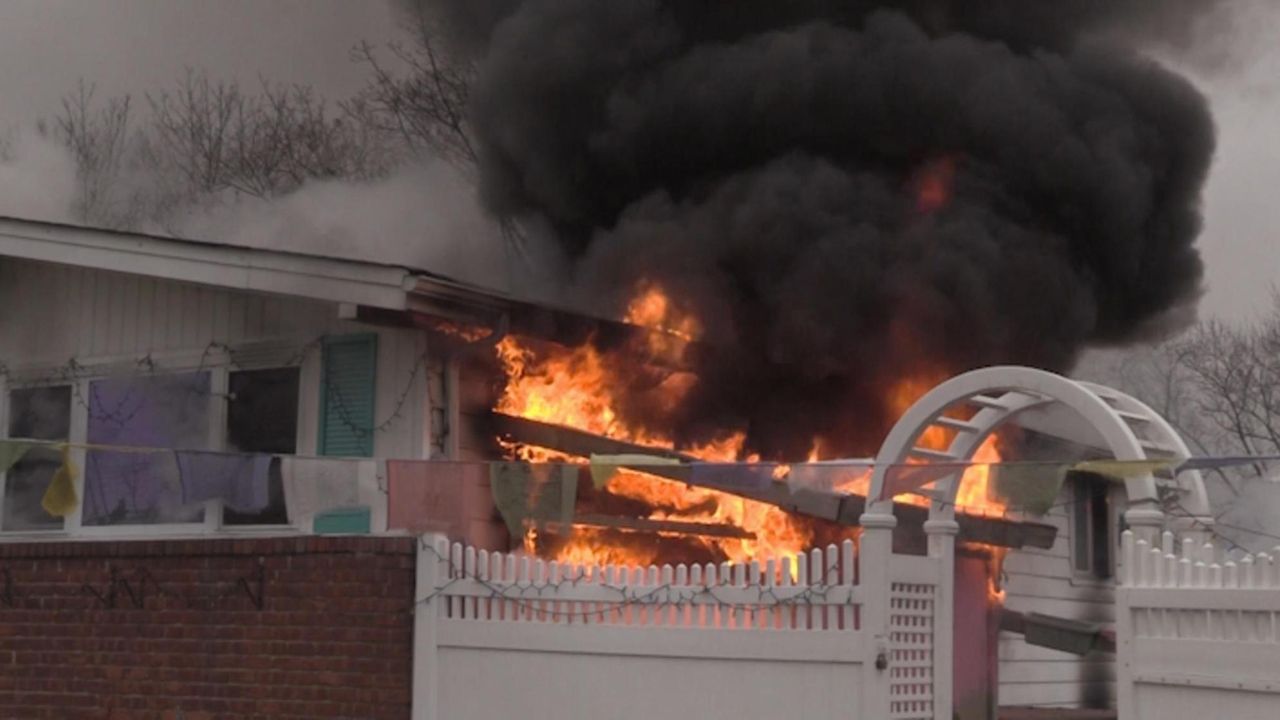 There were no reported injuries.

The house is a single-story structure with a basement, and officials said responders were hampered by the fact the home is located on a cul-de-sac just south of the Southern State Parkway with very limited access for fire apparatus.