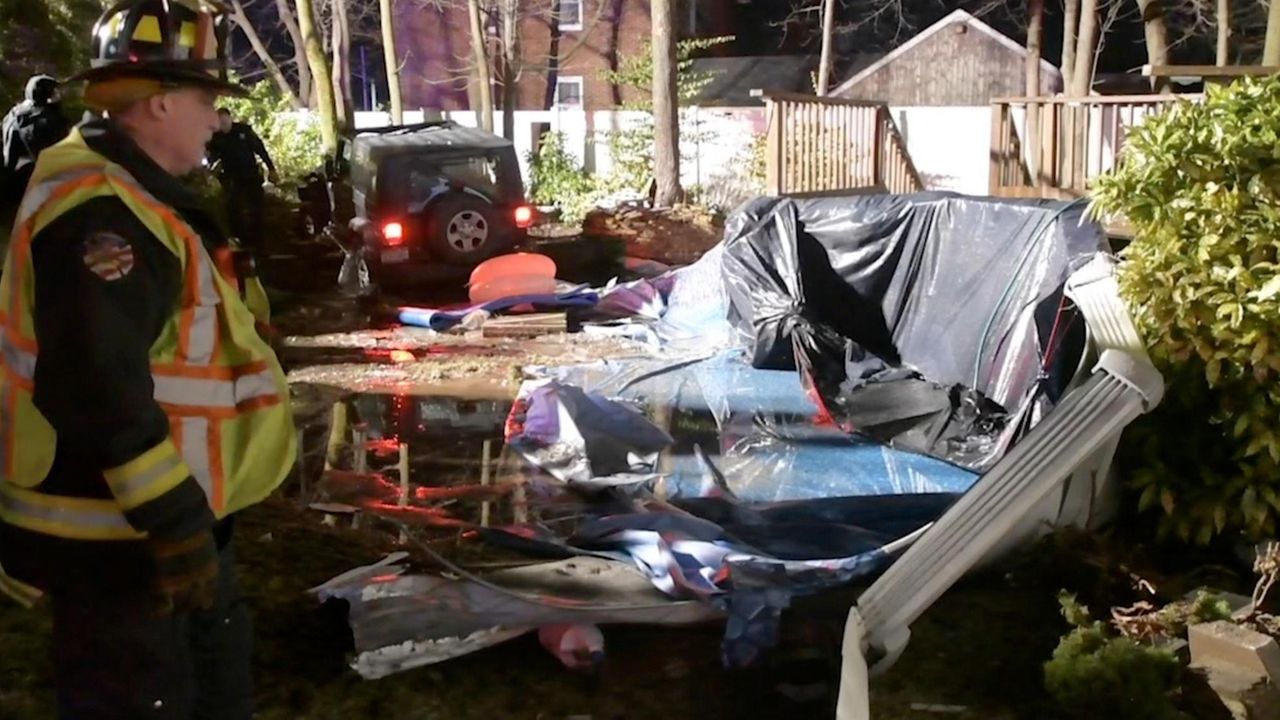 On Wednesday night, a man lost control of his Jeep, smashed through the fence of a North Lindenhurst home and demolished an aboveground pool before a retaining wall stopped him, according to police.  Credit: News 12 Long Island; Paul Mazza

While turning a corner, a man lost control of his Jeep, smashed through the fence of a nearby North Lindenhurst home and demolished an aboveground pool before a retaining wall stopped him shortly before midnight on Wednesday, police said.

The Jeep came to rest at the far end of the backyard, which became a mini skating rink, with large swaths of plastic from the pool and other debris draped across the lawn, photographs show.

"I heard an explosion, like boom! No skid marks, no screeching of brakes or anything like that," a neighbor, Robert Larschan, told News 12 Long Island on Thursday morning.

The Jeep driver escaped with only minor injuries, police said. He was treated at Good Samaritan Hospital Medical Center in West Islip.

Police did not release the name of the driver, who crashed while headed south on Wellwood Avenue at the corner of June Street at about 11:40 p.m.

His daughter, Nicole, said: “It was really scary for me.”

1:54
'Let's vaccinate them at the schools': NY's vaccine push focusing on students
Precinct supervisor: 'We thought we had lost' injured cop after suspect stabbed him
State figures: NY nursing home staff lagging in COVID-19 vaccinations
0:50
Farmers market grows on Oyster Bay vendors, residents
Huntington board moves forward with development of senior housing at Indian Hills
1:19
Patchogue dedicates plaque in memory of Marcelo Lucero
Didn’t find what you were looking for?