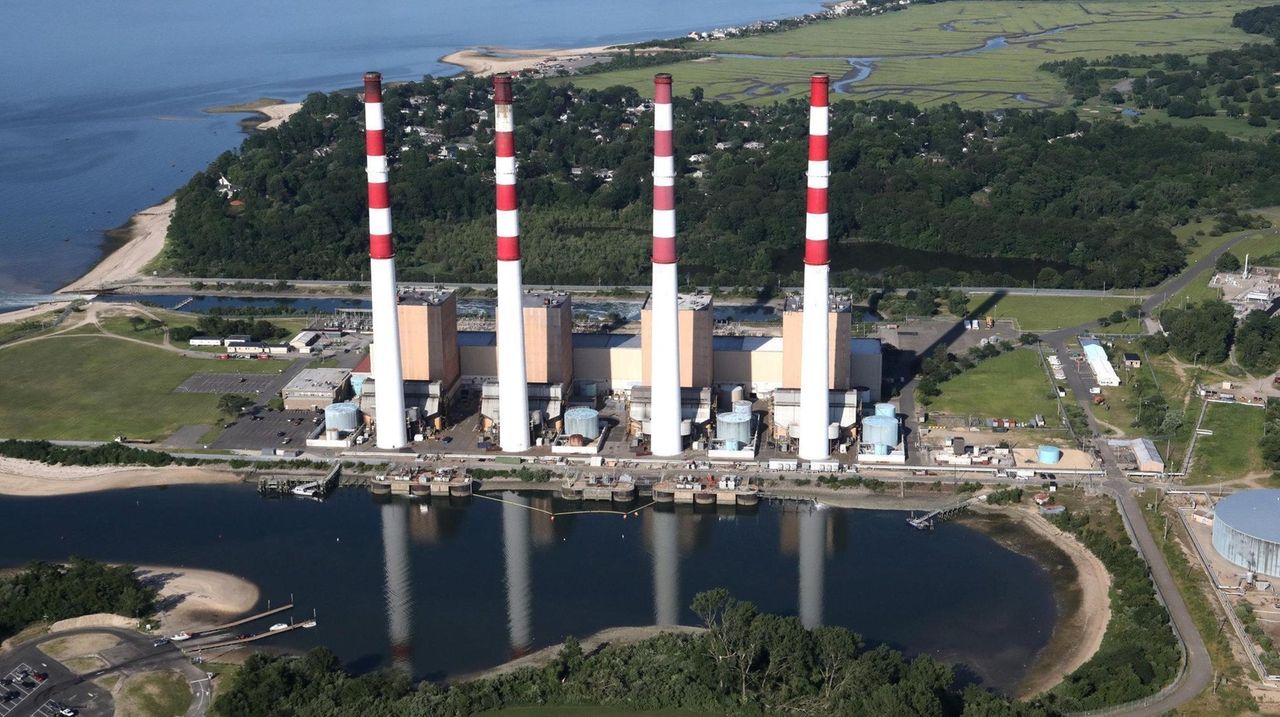 The Huntington Town board Thursday night approved a settlement with LIPA over taxes for the Northport power plant. The board passed the settlement in a 4-1 vote after lawyers, residents and some local officials expressed support for the deal while others voiced concern for the “catastrophic” consequences of rejecting it.

The vote, which took place just after 11 p.m., followed a public online forum that showed decidedly mixed feelings about the settlement, which will reduce LIPA's taxes on the plant over seven years to $46 million from a current $86 million.

Republican Supervisor Chad Lupinacci spoke in favor of the deal during a lengthy 10:30 p.m. speech. He said it would end a “black cloud of uncertainty and angst” that’s hung over the town. The settlement would also prevent a drop in home values and “mass exodus” from the town, Lupinacci said, adding that it was one the town “could be proud of."

He and another town official expressed disappointment that state government didn’t step in to help resolve the case.

“Gov. [Andrew M.] Cuomo has made it pretty clear that he wasn’t going to help us with this,” said Democratic Councilman Mark Cuthbertson . “The fact of the matter is that the help is not going to come from Albany.”

Councilman Eugene Cook, an Independent and an opponent of the deal who previously supported a proposed 2013 settlement, said he voted against it because "I think we're elected to fight for our people."

Republican Councilman Ed Smyth) said given that the "only chance of ever winning this case would have been on a curable technicality and never on the merits," there was little choice but to support the settlement.

"Not settling this case is grossly irresponsible," he said.

The Northport-East Northport School District has already approved the settlement, which would gradually lower LIPA's tax payments from $86 million to $46 million over seven years.

During a public forum in advance of the meeting, Huntington Town attorney Nicholas Ciappetta laid out the prospect of not settling with LIPA, asserting that if the utility won the case, there would be a “spike in taxes” of as much as $4,500 for some town residents, mostly in Northport, and also the potential of tens of thousands in tax-refund liabilities for a total refund to LIPA of more than $800 million.

Suffolk County would have to collect that amount from Huntington Town residents to pay the LIPA refunds, and officials raised serious questions about whether the county could bond the amount to spread the payments over 20 years.

One resident who spoke during an online forum explained the dilemma that faced local taxpayers. "We all hate LIPA, but hating LIPA is not a strategy," said the resident, who added, "The only reasonable path is settlement."

Suffolk County comptroller John Kennedy in a presentation said that a judgment against the town in the case would have “catastrophic consequences” for Huntington as well as “seriously undermine” Suffolk’s finances if the town had to float a bond for the $800 million liability.

“We are not in a good financial position at all” to go out to the bond market for LIPA refund debt in excess of $1 billion, he said. “I would not tell anybody that I would be in favor of attempting to do this," Kennedy said.

Under terms of the settlement, the Northport-East Northport school district will receive $14.5 million in payments from LIPA, spread over the seven years, starting with $2.5 million in the first year. LIPA will also forgive the $800 million in tax refunds it could be due from town taxpayers should it win the case in state Supreme Court.

LIPA can extend the final-year taxes of $46 million for up to an additional five years.

For Huntington, settling the tax dispute will bring $3 million in direct payments from LIPA in a sweetener characterized by the utility and the town as a boost to Huntington's COVID-19-challenged budget. Cook, who has consistently opposed the deal and filed suit to block it, called the last-minute $3 million payment "a bribe."

Suffolk Legis. Susan Berland (D-Dix Hills) and Tom Donnelly (D-Deer Park) both submitted letters saying they supported the deal, and County Executive Steve Bellone said the latest LIPA offer was an improvement from prior offers on the table. Legis. Robert Trotta (R-Fort Salonga) noted that Suffolk County was “literally on the verge of bankruptcy” and the prospect of Suffolk having to float a bond to pay for the refund liability would “set it over the edge.”

Outside lawyers for the town, Patrick Seely and Lou Lewis, along with Ciappetta, said they supported the settlement.

The Northport plant, built in 1967, is one of four power stations owned by National Grid that LIPA has filed suit to lower the taxes, potentially saving ratepayers tens of millions of dollars over the seven-year settlement period. The plants were built by the former LILCO, and transferred to KeySpan when LIPA bought the assets of LILCO in 1998. National Grid acquired them when it bought KeySpan in 2007.

LIPA has already telegraphed plans to begin retirement of smaller peak-power plants and even larger steam baseload plants in coming years, and has said that retiring one of the four steam units at Northport is an option.

It has already settled a similar tax case with the Town of Brookhaven over the Port Jefferson power plant, an agreement that provides for Brookhaven to get the additional benefits negotiated by any subsequent settlements.

LIPA has been negotiating with Nassau County over taxes it pays for the E.F. Barrett power plant in Island Park and on property in Glenwood Landing, formerly the home of a plant that has since been demolished. Those talks have stalled in the Nassau Legislature.

LIPA, in the Northport case, valued the plant at $193 million, while the town tax roll values it at $3.6 billion. The town, in its court case, did not present an independent appraisal to counter LIPA’s $193 million appraisal.

LIPA, in a statement, called the board's vote "a fair compromise that will continue low taxes for the Northport community, protect Huntington residents from an $825 million tax refund liability, and begin the transition to a sustainable tax base and clean energy future for all Long Island residents."

LIPA's Tax Settlement by the Numbers