An NTSB report issued Tuesday said a single-engine plane -- shown above after it was towed to shore -- was out of fuel when it made an emergency landing in Setauket Harbor the night of Feb. 20. Credit: Newsday / John Paraskevas

A single-engine plane forced to ditch last month in Setauket Harbor, leaving one of the four men aboard missing and presumed dead, was out of fuel when it went down, according to a preliminary accident report issued Tuesday by the National Transportation Safety Board.

The report said a check of the fuel system, fuel strainer, carburetor float bowl and two wing tanks on the Piper PA28-181 “did not reveal evidence of fuel.” The plane had been operating just over five hours since its last refueling, the report said.

The NTSB report did not provide analysis of how fuel consumption contributed to the emergency landing and a final report on the cause is likely a year away.

The ditching took place just after 11 p.m. Feb. 20, about 1.7 miles from Port Jefferson. Passenger Gerson Salmon-Negron, 23, of Elmhurst, Queens, has been missing ever since and is presumed dead. Suffolk County police said Tuesday that efforts are still underway to recover his remains. 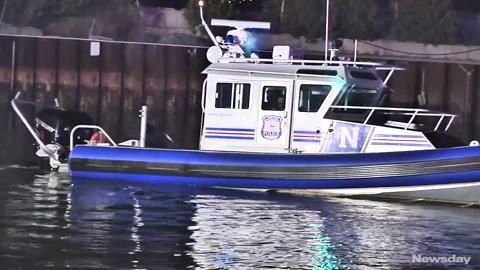 Suffolk police, with assistance from marine units and a helicopter, rescued a flight instructor, student pilot and another passenger on board. The NTSB said the plane sank, nose-first in water with a depth of between 1.5 and 3 feet. It was high tide so “there was an additional 5 feet of water,” the NTSB said.

The plane, owned and operated by Positive Rate Gear Up Llc, was later towed to shore for examination.

It had taken off at 2:30 p.m. from Republic Airport in East Farmingdale en route to Fitchburg Municipal Airport in Massachusetts.

The NTSB said the trip to Republic was “the second leg of an instructional flight.” The report said the group aboard spent time in Fitchburg at a university, a restaurant and a Walmart before departing at 8:40 p.m.

En route to Republic, the NTSB said, the flight passed Bridgeport, Connecticutt, turned south over the Long Island Sound, and started “a slow descent.” The plane had descended to about 2,000 feet as it neared Port Jefferson, the NTSB said.

Search to find body of man in plane crash fails

The engine then “sputtered” and the flight instructor “immediately turned on the electric fuel pump,” the NTSB said. The instructor told the student pilot at the controls to switch the fuel selector to the left tank, according to the NTSB. The engine stopped sputtering.

The instructor requested the flight be diverted to MacArthur but within two to three minutes, the NTSB said, the engine sputtered again and the plane lost power.

According to the NTSB, the instructor took over and contacted the control tower at MacArthur — declaring an emergency. He made a 180-degree turn, the NTSB said, and “headed for the shoreline,” believing it was “the best suitable place for landing.”

Due to darkness, the NTSB said, the pilot ditched the plane in the harbor, using the lights from houses as a guide.

“He then held the airplane off the water for as long as possible to keep from touching down on the water with excessive airspeed and risk nosing over,” the NTSB said.

Once down, the instructor opened the cabin door, telling everyone to exit and grab life vests, the NTSB said. Neither the student pilot nor the two other passengers wore their vests.

The air distance from East Farmingdale to Fitchburg is 153.4 miles, according to mileage charts.

The manufacturer’s specifications for a Piper PA 28-181 show the plane has two 25-gallon wing tanks and a range of about 598 miles — using 75-percent power at about 8,000 feet. Under its most economical settings, the plane can travel about 771 miles at 12,000 feet and at 55-percent power.

Estimated fuel consumption at 75-percent power is about 10.5 gallons per hour, according to the manufacturer’s guidelines, and about 6.3 gallons per hour under its most economical settings. At the higher power setting, the fuel would be exhausted in less than five hours.

It is unclear how those guidelines compare to the usage on the night of the crash but the NTSB noted the flight climbed to 4,500 feet on its trek back to Republic and encountered a headwind of 30 to 40 knots — about 35 to 46 mph — which reduced its groundspeed to just 81 knots, about 93 mph.

Manufacturer’s guidelines note that while the estimated cruise range includes a fuel reserve of about 45 minutes at maximum power, the numbers are for stated power and altitude. The Piper carried its maximum of four occupants and battled headwinds at lower altitude, where air is more dense.

An NTSB spokesman said the investigation is in its preliminary stage so the agency would have no comment on those potential factors.