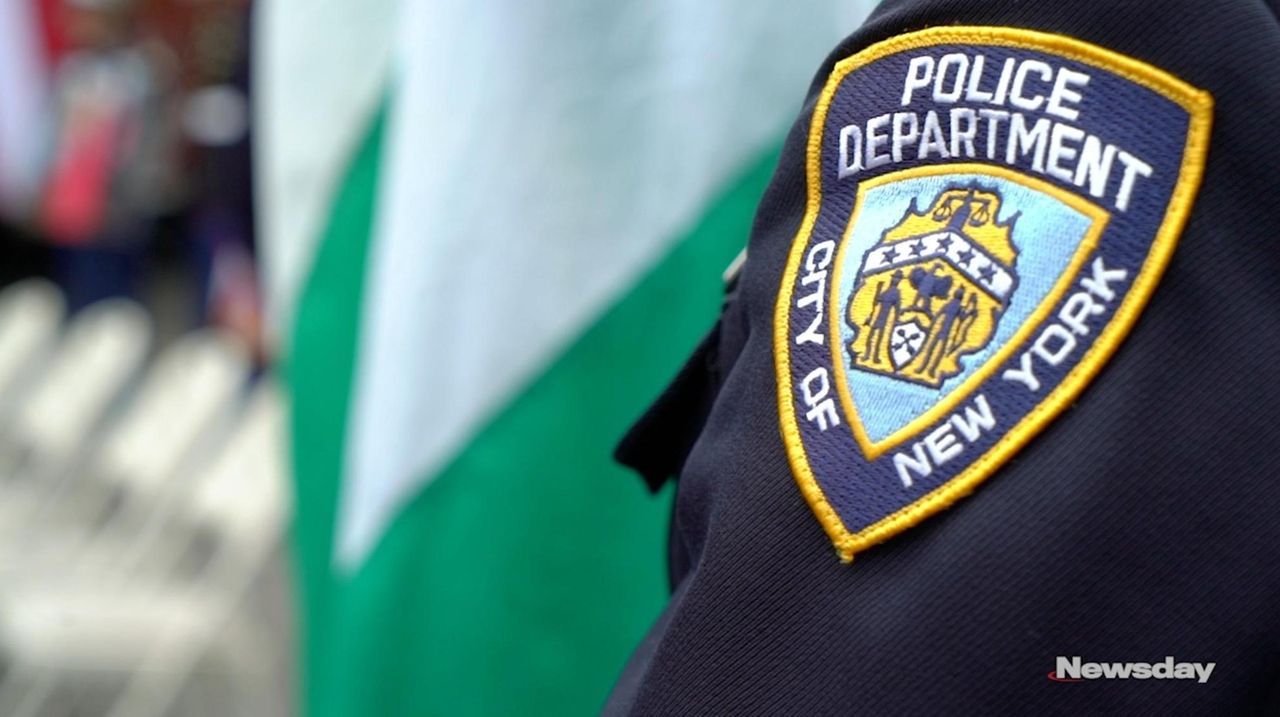 Retired NYPD Det. James Schiavone Jr. died last year of health complications related to his work at Ground Zero. On Saturday, 49th Street in Lindenhurst, the street where he spent his boyhood, was renamed in his honor.  Credit: Bryan Bennett

And now, after a special street-renaming ceremony Saturday, the road will forever bear his name.

Schiavone’s friends, family and colleagues called the renaming of 49th Street to “James A. Schiavone, Jr. Memorial Way” a fitting tribute to the man, who was remembered Saturday as a friend and loving father.

Schiavone — a detective with the NYPD 105th Precinct in Queens Village — died Dec. 12 after suffering from colon cancer and a severe upper respiratory illness caused by four months spent at Ground Zero as part of rescue and recovery efforts after the Sept. 11, 2001, terrorist attacks. He was 49.

John Schiavone, 45, a Lindenhurst resident and NYPD officer, was visibly emotional as he remembered his older brother James — one of three siblings — as a man who filled many roles for his family, friends and community.

“He’s many of those names, but for me, he was my best friend,” John Schiavone added. “He was my go-to guy to talk to about life and sports, especially the Yankees.”

Family members said James Schiavone, who retired in 2008, didn’t start showing signs of illness until around 2016.

John Schiavone said after the ceremony that he contacted Babylon officials after his brother’s death to see if they could put either flowers or a small plaque honoring him at Zahn’s Park, where the brothers played baseball and rode their bicycles together growing up. To his surprise, the town suggested something much bigger — renaming 49th Street in honor of his late brother. A petition signed by 49th Street residents also called for the street renaming.

“Looking out into the crowd, it really shows the man that my brother was and how many lives he touched,” John Schiavone told an audience packed with dozens of residents and local and Suffolk County officials, including County Executive Steve Bellone.

As her mother Lisa Schiavone and siblings Michael and Cristina looked on, Breanna Schiavone, 24, of Lindenhurst, said her father was someone she could always go to for anything, be it advice or just texting each other as they binge-watched ‘Breaking Bad’ while she was away at college.

“There is no better way to show someone how much they mean than by having something that was so special to them dedicated entirely to them,” Breanna Schiavone said, speaking just a few feet in front of the street sign at the corner of Copiague Road and 49th Street that now bears her father’s name. “If I got to have just one more conversation with my dad, I would tell him that his actions were so valued that he’s going to be here forever.”

CORRECTION: A previous version of this story had an incorrect byline.

1:58
Bellone backs use of anti-Semitism definition
Lawmakers call for safety measures on Southern State
New York should follow CDC, ease mask rules, Curran says
Arthur Meyer, a founder of LI's Friends World College, dies at 96
Excelsior Pass a hot ticket — if you can get one from the state
26:03
LI health commissioners tout COVID-19 vaccine safety
Didn’t find what you were looking for?