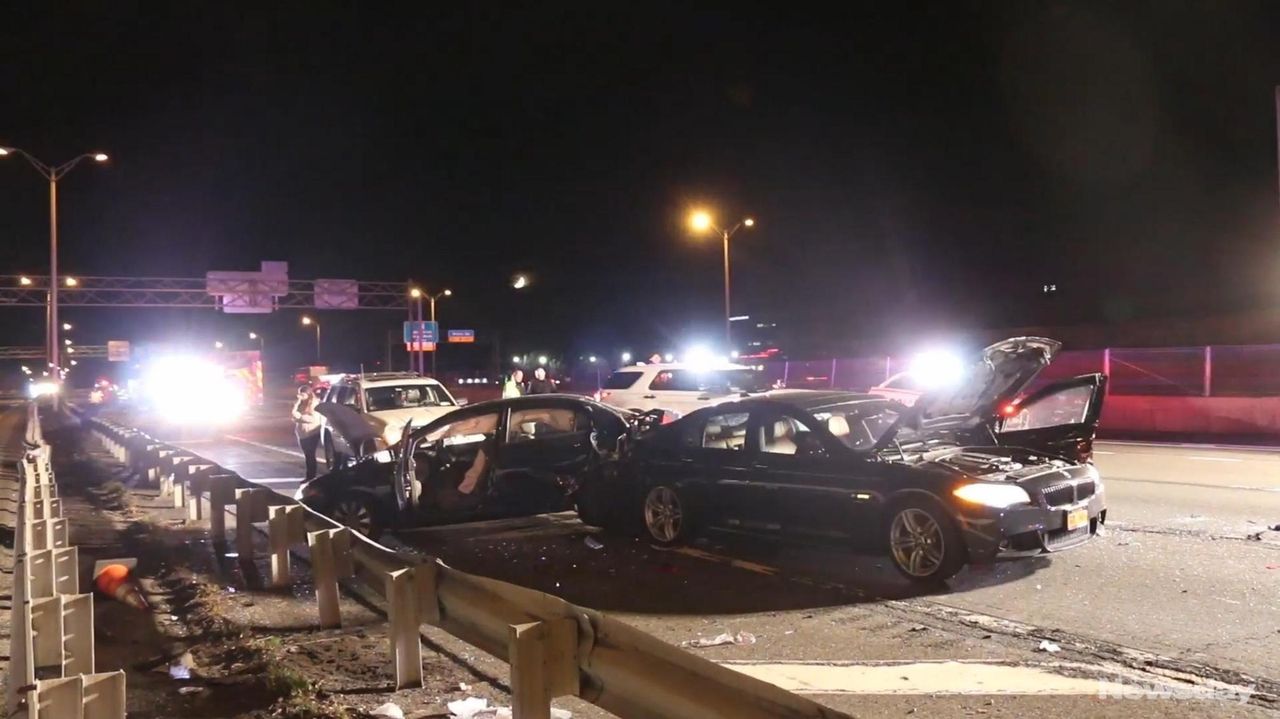 An off-duty NYPD officer suffered serious injuries early Sunday after a car struck him while he stood on the side of the Long Island Expressway in Brentwood with another driver, police said. The officer, Anthony Robitaille, 27, of Centereach, was taken by Suffolk police helicopter to Stony Brook University Hospital to be treated, police said. Credit: Stringer News Service

An off-duty NYPD officer suffered serious injuries early Sunday after a car struck him on the side of the Long Island Expressway in Brentwood as he and another driver were outside their vehicles, police said.

Robitaille is based at the NYPD’s 75th precinct in Brooklyn, officials said.

At about 12:30 a.m. Sunday, police said, a 2010 Honda sedan driven by Robitaille and a 2012 BMW sedan driven by Kristian Urquiza, 25, of Brentwood, were stopped on the right shoulder of the Long Island Expressway, just east of exit 53.

Police said both drivers were outside of their vehicles when a 2013 Ford sedan, driven by Desirea Coyle, 33, of upstate Highland Falls, struck the rear of the Honda. The Honda then struck the BMW and Robitaille.

Coyle was taken by ambulance to Southside Hospital in Bay Shore for treatment of minor injuries and a passenger in the BMW sustained minor injuries but declined treatment, police said. Urquiza was not injured.

A man who answered an intercom at the Centereach home where Robitaille lives would not comment on Sunday morning.

Police said the three vehicles were impounded for safety checks and the investigation is continuing.