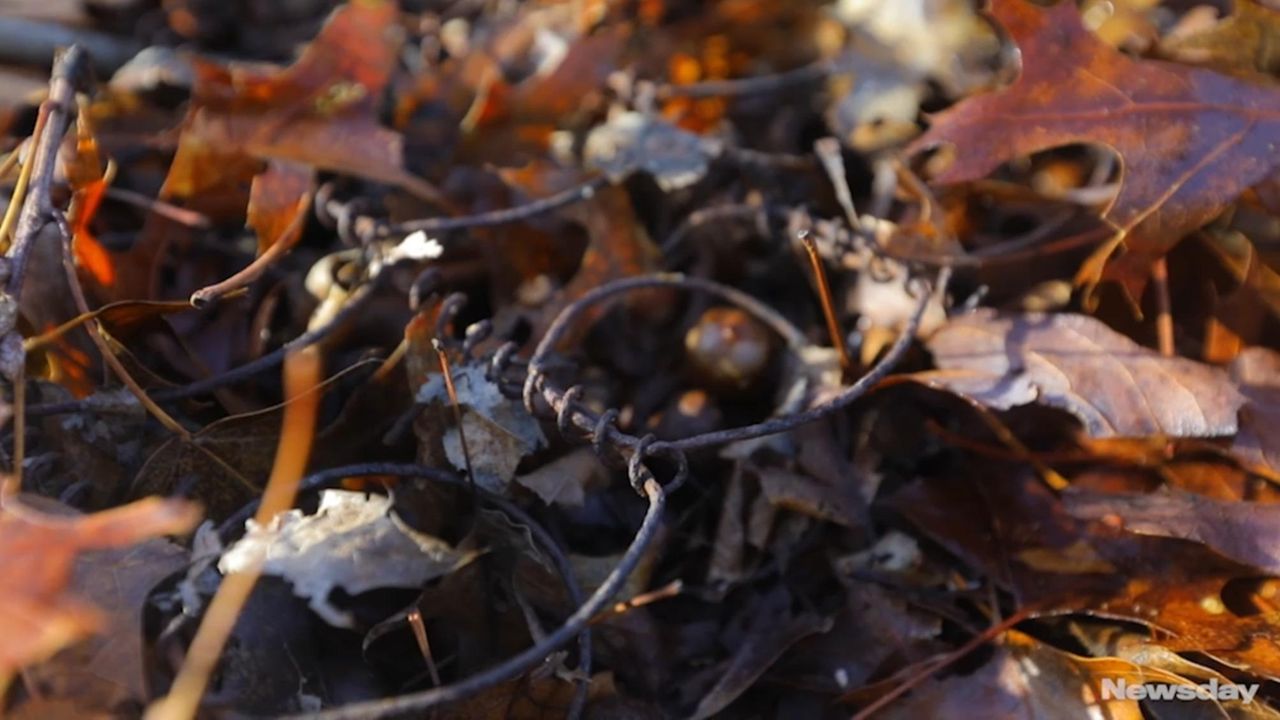 Suffolk authorities are pushing to survey county parkland in search of illegal dumping while they establish a network of residents to watch for suspicious activity in their parks.

The announcement came in Hauppauge Tuesday after the state Department of Environmental Conservation and Brookhaven Town confirmed Monday an investigation into who dumped vinyl siding, crushed concrete, pulverized glass, a monster truck tire, household furniture and other items in several spots at Tanglewood Park in Coram, which is owned by Brookhaven Town.

The site was discovered after a resident called Legis. Kara Hahn (D-Setauket), prompting her to go to the park late last year and notify the town, state and Suffolk County district attorney about the debris she found. The DA investigated but declined to take action, saying the debris appeared to have been dumped over the years.

Hahn said she has introduced legislation to establish a parks watch program that would recruit and encourage residents to watch for and report suspicious activity. It would be modeled after police community watch programs.

“Folks have clearly been systematically dumping, not just dumping but digging holes and covering it up,” Hahn said during a news conference in Hauppauge Tuesday at the Suffolk County Legislature.

Separately, Presiding Officer DuWayne Gregory said he has introduced a bill that directs the county parks department to survey parkland for illegal dumping.

The county has more than 70 parks covering 46,000 acres and the surveys would be done only at spots accessible by trucks, the bill says.

“We are sending the message that we are concerned about parks,” Gregory said, “and we believe our parks are vulnerable to this type of dumping.”

Gregory submitted the bill in late 2016 but tabled it to include input from the park department. It should be brought up again in March. An exact list of affected parks is still being created, he said.

The two bills, if passed, would complement each other, the legislators said. “We need to know what’s there, clean it up and make sure it doesn’t happen again,” Hahn said.

Attempts to reach Suffolk County Executive Steve Bellone about the legislation were not successful.

Brookhaven Town on Monday said it would clean up the debris at Tanglewood and turn the case over to its law department. The state Department of Environmental Conservation also said it was investigating.

Law enforcement said the Tanglewood case is more akin to residential dumping than commercial operations uncovered in past years in Melville and Brentwood.

In early 2014, authorities closed Roberto Clemente Park in Brentwood after nearly 40,000 tons of construction and demolition debris was found. Authorities said the waste — containing asbestos, metals, pesticides, PCBs and other toxics — had been trucked in from New York City. Four other, connected illegal dumping sites in Islip Town were subsequently uncovered.

On Friday Hahn is hosting a roundtable in Brentwood to discuss dumping issues regionally. Parks officials, politicians and environmentalists have been invited. “It is clear to me that we are really scratching the surface of what seems to be a regionwide parks issue,” Hahn said.

6 criminally charged in Islip dumping probeTwo former Islip Town parks department officials, a pair of contractors, a prominent local businessman and his son were indicted Monday as part of the district attorney's investigation into dumping in Islip, according to sources. Plan to clean park draws concerns Islip residents and local officials voiced concerns about the proposed plan to clean up the ... Editorial: Islip dumping nightmare needs to be fixedThe news keeps getting worse. Town takes steps to clean up toxic parkThe first step in the cleanup of an estimated 50,000 tons of toxin-laced debris in ...