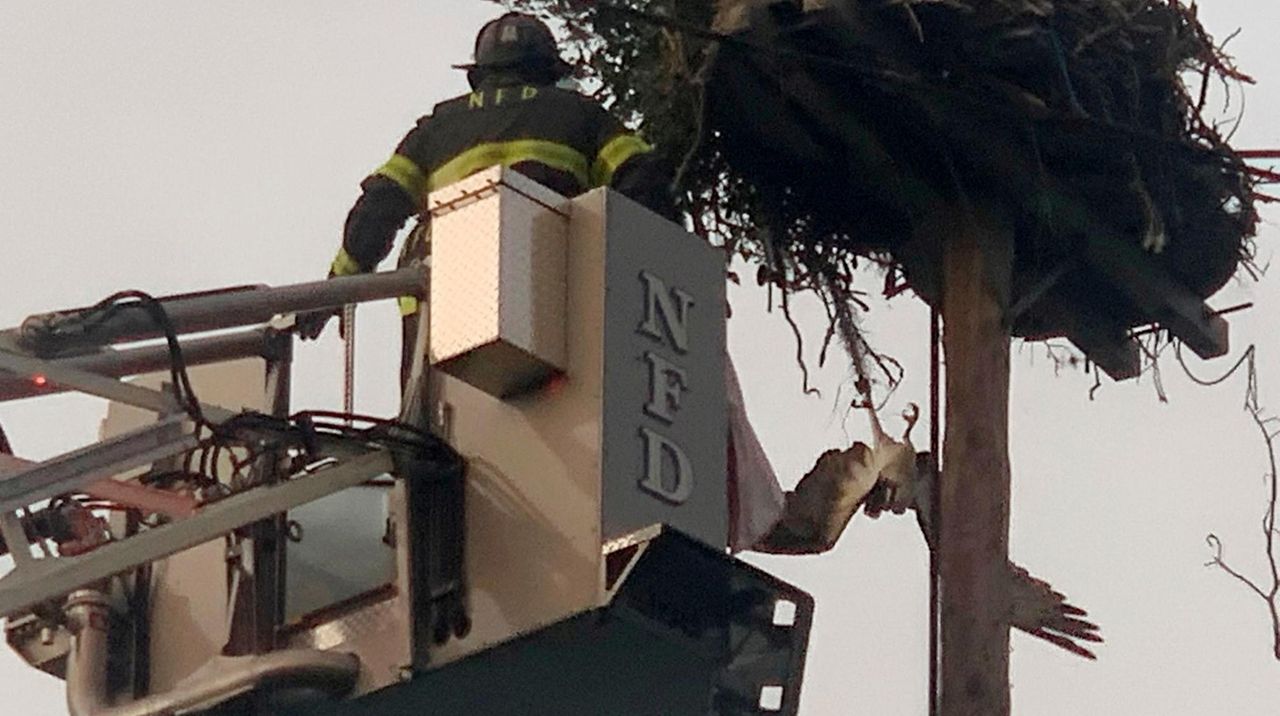 For Northport firefighters, the object of a rescue Friday night on Fresh Pond Road was a fly-by-night victim.

A brown and white osprey, a hawk well-known for its love of flight, got entangled in a nest — and was hanging upside down and unable to fly out on its own, when firefighters arrived at the scene about 7:30 p.m. Friday.

The nest was located atop an old light pole platform — the bird dangling from electrical wires that were no longer in use, said Northport Fire Department Chief Dennis Sheridan.

The chief said he soon realized the ground was too overgrown for a ground ladder, so he requested a truck with a 100-foot tower ladder attached.

Ospreys typically nest on platforms and the Northport bird was hanging about 30 feet from the ground, he said.

"While we do a lot of crazy things, rescuing birds is not something we do very often," Sheridan said.

Lt. Bill Scherer and firefighter Tom Pansini, who Sheridan said has experience handling hawks, were lifted in a bucket before wrapping the osprey in a towel and carrying it to safety. Meanwhile, the osprey's worried mate circled overhead, watching the firefighters work but never approaching them, Sheridan said.

Once considered an endangered species and now listed as threatened, the bird of prey can reach 25 inches tall, with a wingspan of 4 to 6 feet, according to the state Department of Environmental Conservation.

Once back on the ground, additional wire was removed from the bird’s talon. It appeared to make a full recovery, Sheridan said.

"He walked around for a while. After 45 minutes, he flew back up to the nest," Sheridan said. "I’m glad we were able to help out."