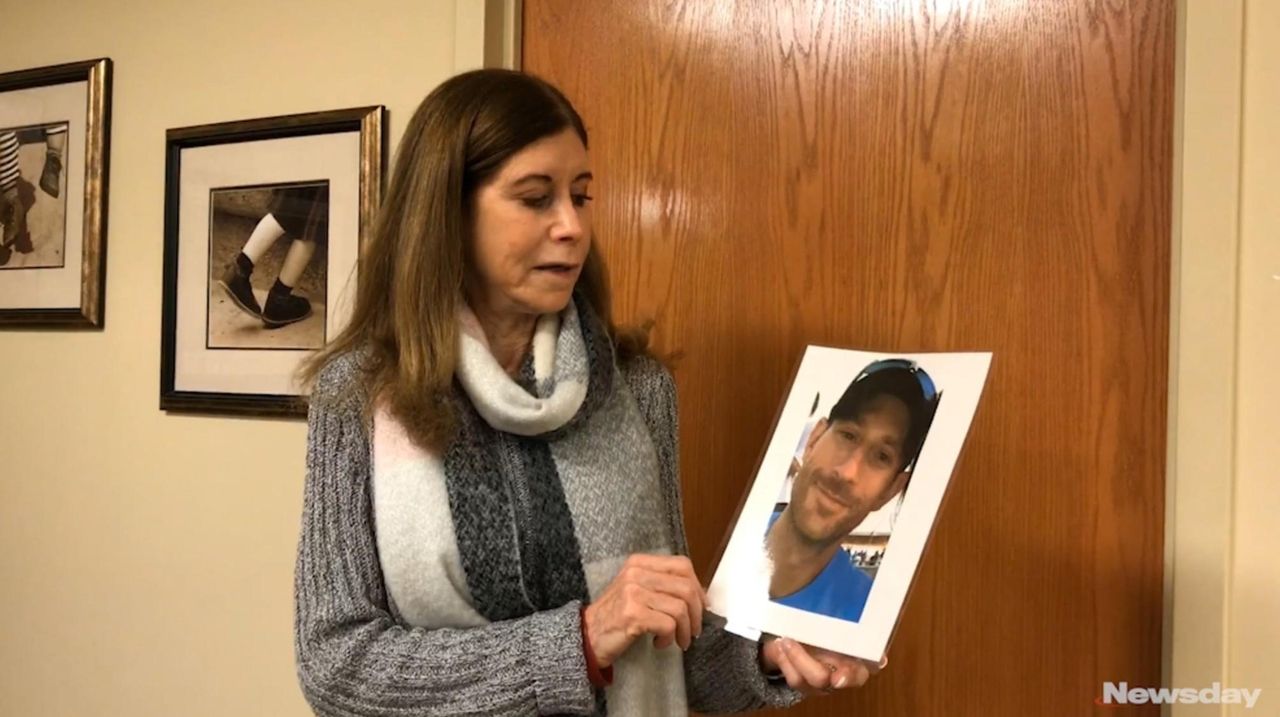 A Dix Hills mom had prided herself on being a “very private person” until her son’s death in a Florida school shooting last month pushed her into the role of vocal gun control advocate.

Linda Beigel Schulman has spent nearly half her time in Florida since the Feb. 14 shooting, calling on state legislators to strengthen gun laws and meeting with other families impacted by the rampage that killed 17 people. She said she is just trying to honor the legacy of her son, Marjory Stoneman Douglas High School teacher Scott J. Beigel.

“We need for voices to still be heard. They can’t just fade away. That’s what’s happened before,” Beigel Schulman said, referring to previous mass shootings.

Beigel Schulman has spoken out for stricter gun laws during several Florida legislature meetings and a CNN town hall event.

She and her husband, Michael Schulman, who own a Melville law firm, said they want legislators around the country to ban the sale of automatic firearms, increase the legal age to buy guns from 18 to 21, up the waiting period for purchases to three days, and restrict bump stocks, devices that can effectively turn firearms into automatic weapons.

Beigel, 35, would have never wanted teachers to carry guns, a measure President Donald Trump has proposed, the couple said. They do not know whether Beigel being armed would have changed his fate and said that teachers with guns could accidentally lead to more bloodshed. He was killed while trying to lock a classroom door to shield students hiding inside.

Beigel was born in DeRidder, Louisiana. His life did not really begin until he, his mom and his sister, Melissa Zech, moved to Long Island when he was 4 years old, his mom said, citing a difficult family situation earlier on. They lived in Melville and moved to Dix Hills four years later. Beigel attended Farmingdale State College and obtained a master’s degree at the University of Miami in Florida. Schulman legally adopted Beigel and his sister as adults after marrying their mom 12 years ago.

After school, Beigel moved back home, where he was “trying to find himself,” working odd jobs and student teaching at Paumanok Elementary School in Dix Hills, until relocating to Florida 10 years ago. He also spent two months volunteering as a teacher in Cape Town, South Africa.

“We didn’t realize how truly far his reach was,” Schulman, an attorney, said, noting more than 1,000 people attended his funeral and about 500,000 watched a livestream of it. “We want his legacy to live on. We want people to know who he was.”

A memorial fund, set up to remember his love of attending Camp Starlight in Pennsylvania, has so far raised about $60,000, to send underprivileged kids to camp. They had to contact authorities after a scammer claiming to be Beigel Schulman created a fraudulent memorial fund claiming to need help with funeral expenses and other costs. Some of their close friends were conned in the “terrible” scheme, Schulman said. More information about Beigel’s memorial fund is available at scottjbeigelmemorialfund.com.

Also, a candlelight vigil to honor Beigel is planned at 4:30 p.m. Wednesday at Veterans Plaza at Huntington Town Hall.

Beigel’s parents say they are in denial about his death. Beigel Schulman said she recently texted him out of habit to let him know when one of her flights landed.

“My mind kept trying to think of the fact I’m never going to see Scott again,” she said. “It probably took me five to six seconds to say, ‘I’m not going to think about it,’ because I can’t. I can’t.”

How a school shooting can affect a child's world viewWhen children are impacted by tragedy, the American Red Cross says their view of the world as a "safe and predictable place" is temporarily gone. Sheriff: Suspect confessed to Florida school attackPolice say Nikolas Cruz, 19, opened fire with a semi-automatic weapon in the deadliest school shooting since Sandy Hook Elementary School. What we know, don’t know about Fla. school shootingWhat we knowAt least 17 people are dead after a shooting at Marjory Stoneman Douglas ... Letters: Readers react to Florida school shootingEmail letters@newsday.com to share your thoughts.