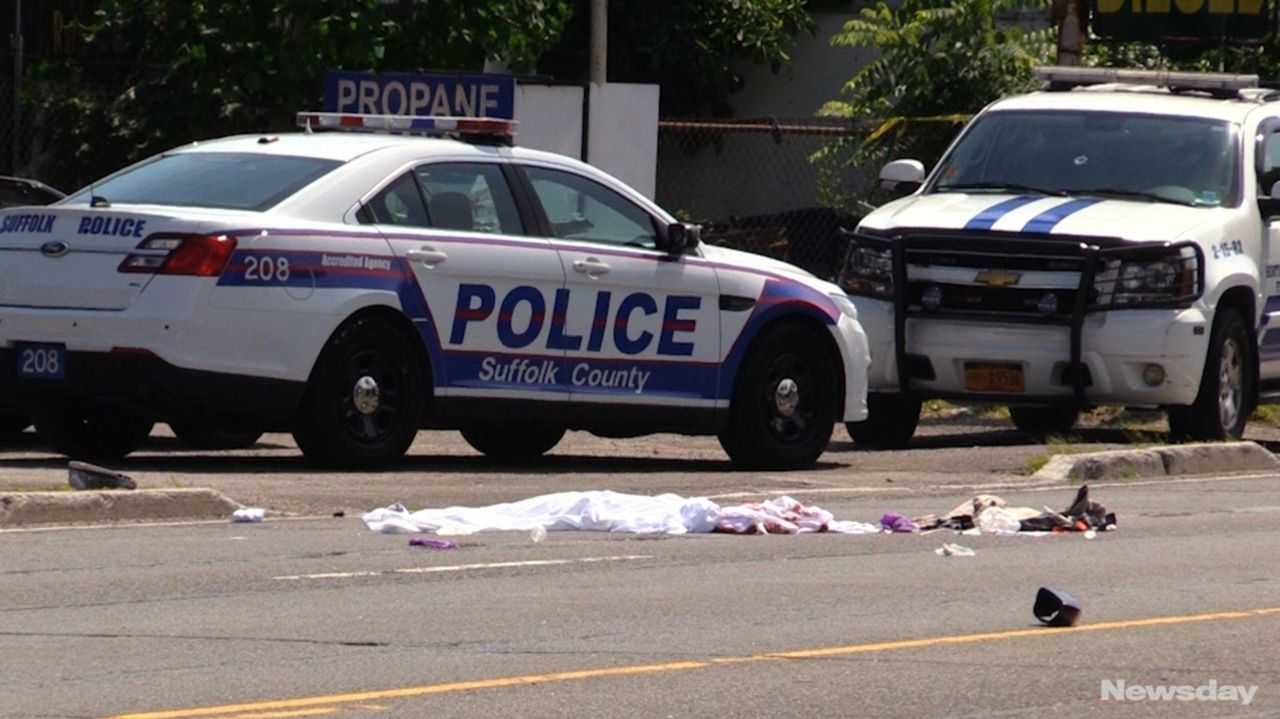 A pedestrian died after being struck by a vehicle in Huntington Station on July 10, 2017, leading to the closure of Jericho Turnpike for several hours, Suffolk police said. Credit: James Carbone

Police have released the identity of a pedestrian who died after being struck by a vehicle Monday afternoon in Huntington Station, leading to the closure of Jericho Turnpike-Route 25.

The victim, Vitaliy Yaremchuk, 34, of Philadelphia, was crossing northbound at about 2:15 p.m. when he was hit by an eastbound 2001 Buick driven by a Huntington woman, 20, Suffolk County police said Tuesday morning.

Police said Yaremchuk was taken to Huntington Hospital, where he was pronounced dead.

Suffolk County police Second Precinct Det. Sgt. Jeffrey Walker said Monday that the man had suddenly tried to cross the street when he was hit by the Buick.

See the most dangerous spots for drivers on LI

“I’m not exactly sure why he didn’t see the vehicle,” Walker said. “He got hit as soon as he got into the second lane. He got hit by the passenger side of the vehicle.”

Video surveillance from two locations showed the driver was not speeding, the detective sergeant said: “The vehicle was going at a moderate speed and was able to swerve a little bit before hitting him, trying to avoid hitting him.”

No criminality was involved, police said, and the driver remained at the scene. Jericho Turnpike was closed in both directions between Barkers and Hunters lanes as Second Precinct detectives investigated; it reopened at 6 p.m.

The Buick was impounded for a safety check, police said. Walker said headsets believed to belong to the victim were found at the scene, but it was not clear if they played a role in the crash.

Police said the investigation was continuing and asked anyone with information to call detectives at 631-854-8252.

Where fatal crashes occur on LI and why