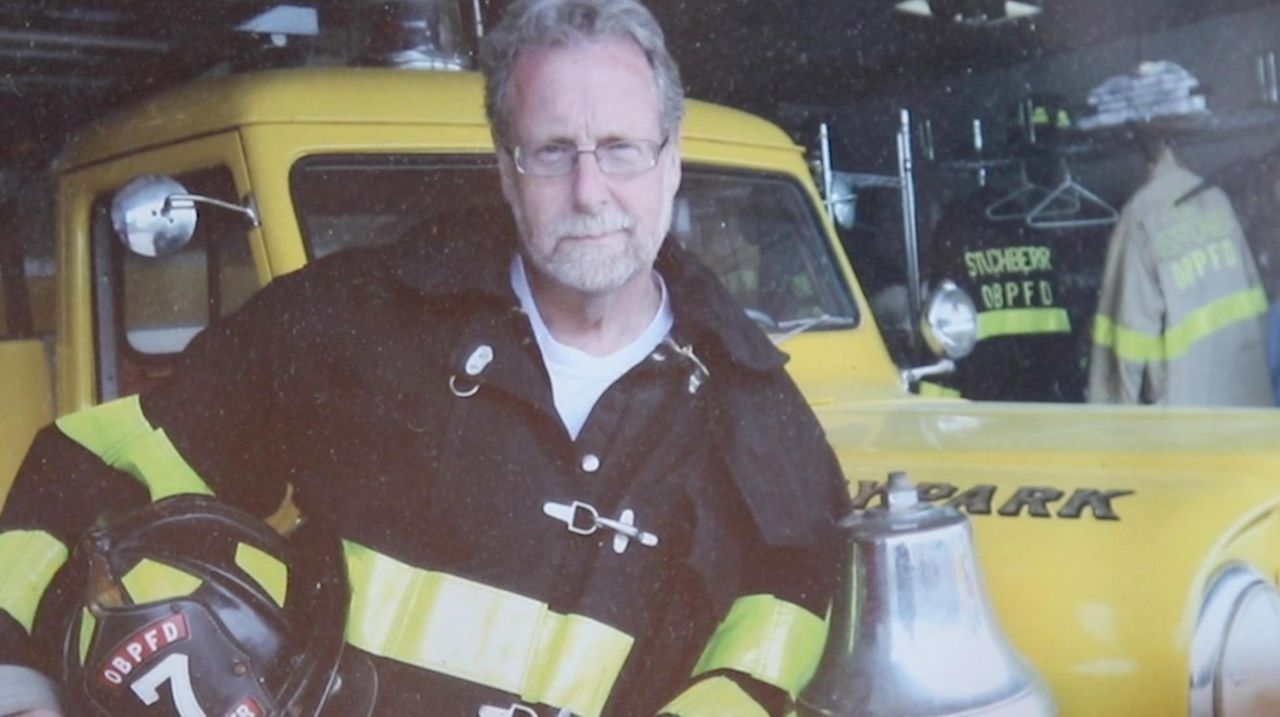 CBS travel editor Peter Greenberg has been traveling the globe for more than 50 years, but when he returns home he is a volunteer firefighter in Fire Island’s Ocean Bay Park.  Credit: Barry Sloan, David Handshuh

When veteran travel journalist Peter Greenberg is visiting locations around the globe, be it to Babylon or Beirut, there is one stop he makes to get an insider’s take on a city — the local firehouse.

It makes sense, said the CBS travel editor who has spent more than 50 years as a volunteer firefighter in Fire Island’s Ocean Bay Park. Firefighters have been in everybody’s house, inside every hotel and every restaurant, he said.

Greenberg’s career, which he began as a Newsweek correspondent in the early 1970s, has taken him to 151 countries, some of his favorites being the Azores of Portugal and Lucerne, Switzerland. He has had intimate conversations with heads of state for his PBS series, "The Royal Tour," and won an Emmy for his coverage of the 2009 Miracle on the Hudson flight. He also has homes in Manhattan and Bay Shore, a yacht he anchors in Los Angeles, and helped develop television shows like "MacGyver" when he was a vice president at Paramount Pictures.

But all the while, Greenberg, 69, has made it a priority to return to the barrier island, where he answers about 30 calls per year.

“If the alarm goes now, I’d have to excuse myself,” he said on a recent September Sunday.

If he were to go, he'd be responding alongside volunteers who have known him since his childhood summers on the island where cars are not allowed and commercial businesses are few. Living and volunteering there is a connection to his past when a big night out meant grabbing an ice cream cone with sprinkles.

"Fire Island is where you get to keep your innocence, your freedom and your youth,” Greenberg said.

Greenberg has spent every summer of his life there, including the years he worked at Seaview Market while a student at the University of Wisconsin-Madison. He joined the Ocean Bay Park Fire Department in 1968 when he was 18, largely because he said it’s what the older kids in the oceanfront resort community did.

He said he has stayed in the department for the bonds forged and because when you spend so many hours in the air, it helps to have roots somewhere on the ground. Volunteering for the department is an equalizer, Greenberg said, with members more focused on saving lives than on the social status of their fellow firefighters.

“[Here] you’re just another guy,” Greenberg said. “It doesn’t matter what you do, whether you’re on TV. Here you’re holding a hose. There’s no status.”

Longtime friend and department first assistant chief Larry Mattiasen said Greenberg is unpretentious and down to earth, but still stands out to those who didn’t know him from TV for his charisma and storytelling.

“He kind of draws people in and makes them feel comfortable,” said Mattiasen, the town manager in the neighboring Seaview. “He’s very inclusive of the people around him.”

And also very busy. Greenberg is working on his weekly CBS radio show broadcast for a different location every week, several projects for "CBS This Morning" and is filming a new PBS show about off-the-beaten path travel destinations, among other projects.

“I learned multitasking and balance years ago,” he said.

Greenberg's coverage focuses on the news of travel rather than the lifestyle aspect, he said, noting that tourism is the world’s largest industry, accounting for about 11 percent of the U.S. gross domestic product.

To avoid jet lag, he said he refuses to nap or eat a big meal when he lands and stays up until midnight when entering a new time zone. All emails are answered within 24 hours. He reads voraciously — 16 newspapers and 35 magazines per day, he said. And he said he only sleeps four hours per night.

Sometimes it’s closer to three, said his wife. Hande Bayar-Greenberg, 47, a graphic designer and native of Turkey whom he met during a showing of The Royal Tour and married in Central Park in July. It is Greenberg’s first marriage and, he stresses, his last. The couple naturally honeymooned on Fire Island.

Greenberg asked his friend and colleague Maria Mercader, director of talent strategy at CBS News, to officiate. Mercader said she was shocked when she learned the lifelong bachelor would be tying the knot, but was touched by her friend’s request.

True to Greenberg’s nature, the event was a global affair. Guests ranged from Mattiasen to a cousin from the United Kingdom to Greenberg’s childhood nanny.

“What really struck me at his wedding were the variety of people from all walks of life,” Mercader said. “They were from every corner of the world.”

Greenberg visits Fire Island about once every eight or nine days from March through November, he said. A motorboat docked outside his Bay Shore home makes for easy access to Fire Island in about a third of the time it takes to travel by ferry.

“The air here is so clean it’ll knock you out,” he said. “It’s where I sleep the best.”

Despite the intense schedule, Greenberg said there will be no slowdown strategy soon. He intends to stay at CBS as long as the network will have him and to keep answering the call on Fire Island until he can’t.

“The day I don’t pass the physical, that’s when I stop,” he said. “Knock on wood, I’m still testing real well.”

CAN YOU AFFORD FRIES WITH THAT?

One of Peter Greenberg's recent blog entries was about the price of a Big Mac in various countries. He said fast food is a good way to budget meals on an overseas trip. And indeed, each year The Economist magazine publishes its Big Mac Index, which uses the signature McDonald's hamburger to indicate the most expensive cities in the world:

The best bargain for the Big Mac is in Argentina, where the dollar buys 35% more pesos than it did just a few months ago.