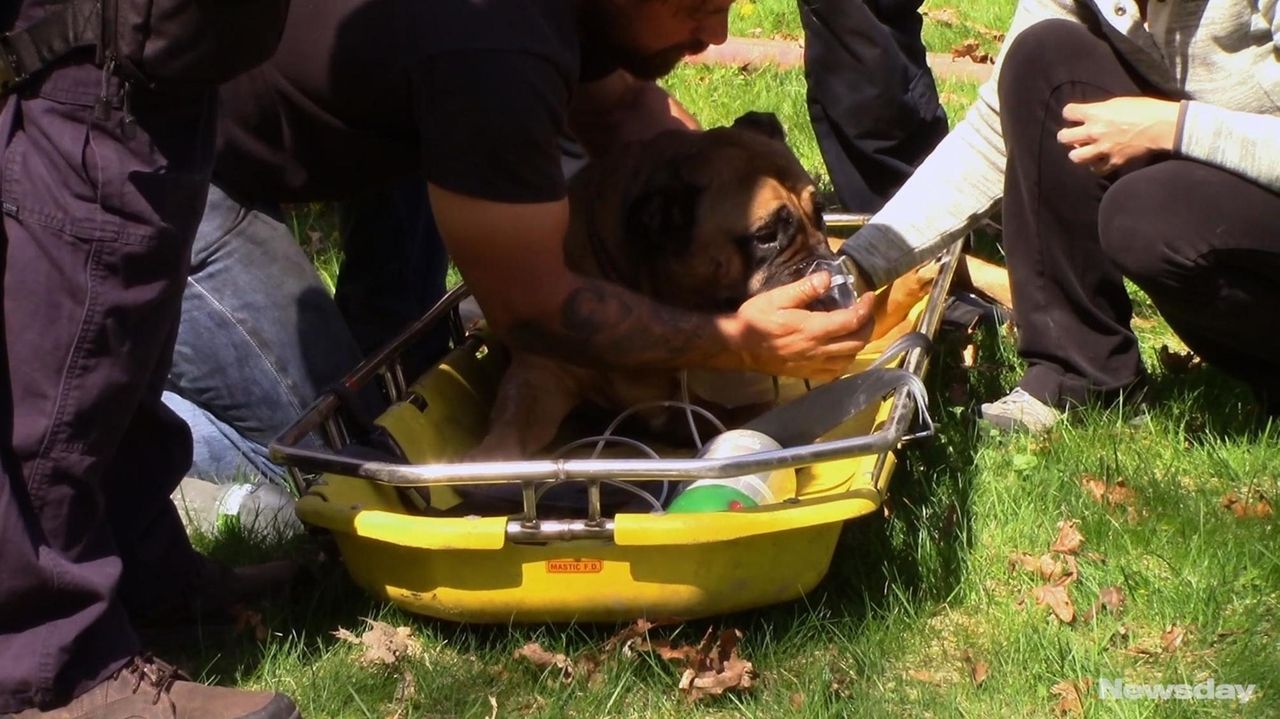 Two dogs and a cat that were rescued Tuesday from a house fire in Mastic appear to have survived, thanks to the oxygen firefighters gave them, a fire official said. Credit: Fully Involved Media Group

Two dogs and a cat rescued from a home fire in Mastic Tuesday appear to have survived, thanks to the oxygen firefighters gave them, a fire official said.

One of the dogs that received the oxygen appeared to be a large, tan mastiff that initially seemed unresponsive as it lay on a yellow stretcher but later was seen looking much more alert as it was carried away by three rescuers, according to video taken at the scene.

A firefighter still wearing his oxygen mask could be seen cradling a cat while speaking to a woman. At another point in the video, smoke was seen billowing out of the Van Buren Street house.

Mastic firefighters put out the flames, according to Suffolk police, adding the fire was reported about 9:45 a.m.

Some of the pets were taken to a veterinarian, a police spokeswoman added. Only preliminary information was immediately available.