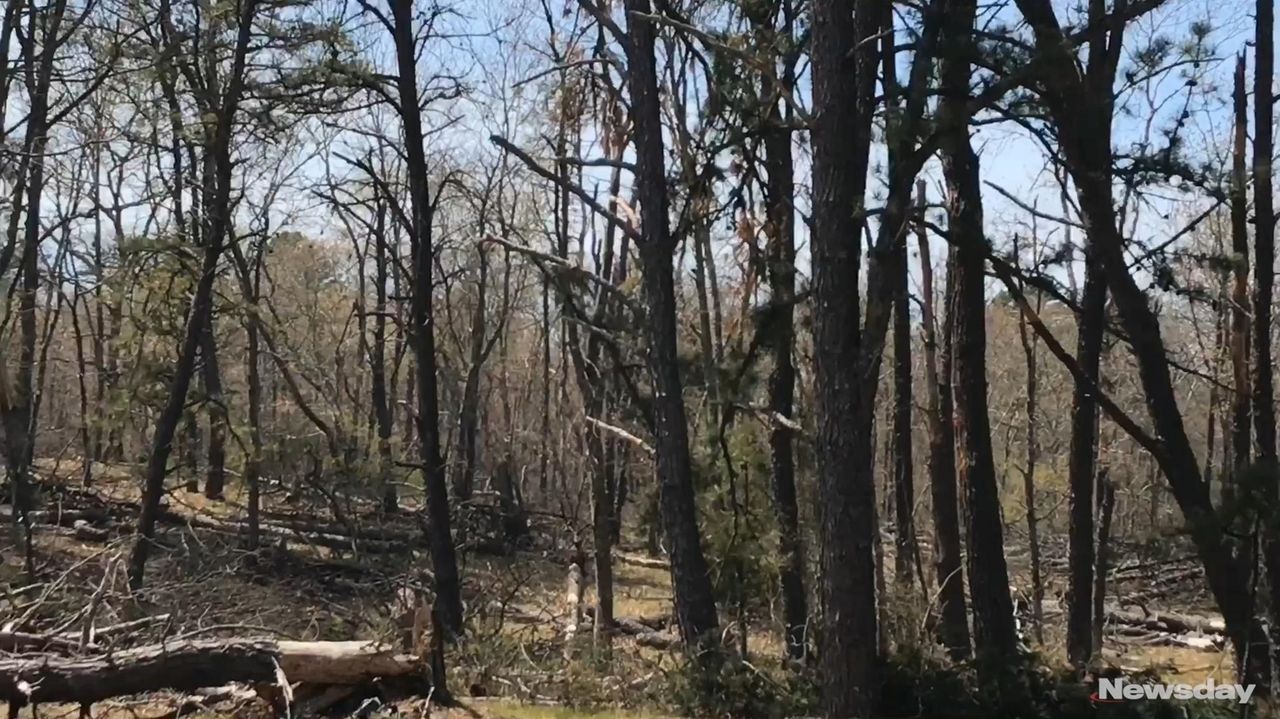 With a chain saw and a call of “clear,” representatives from the state, county and the Central Pine Barrens Commission demonstrated their readiness to suppress southern pine beetle infestations this summer.

The southern pine beetle, native to the U.S. South and first detected on Long Island in 2014, can kill a mature pitch pine in two to four months. They enter the bark to lay eggs in a process that disrupts the nutrient flow and starves the tree.

Cutting down infested trees, a labor-intensive and expensive undertaking, remains the best tool in containing the insect’s spread, commission director John Pavacic said at a news conference Thursday in Hubbard County Park in Flanders. A state Department of Environmental Conservation official at the event cut down an infested tree with a chain saw, and other officials planted pitch pine seedlings nearby.

“We don’t have enough employees to do what we need to do,” he said.

“It is arguably our most sensitive ecological property within our inventory, if not of all publicly owned parcels in Suffolk County,” county environmental analyst Nick Gibbons said of the three parks along the Route 24 corridor.

DEC officials, as well as county and CPBC workers, are to again cut down trees after Memorial Day in hopes of disrupting pheromone movement and exposing the beetles to heat.