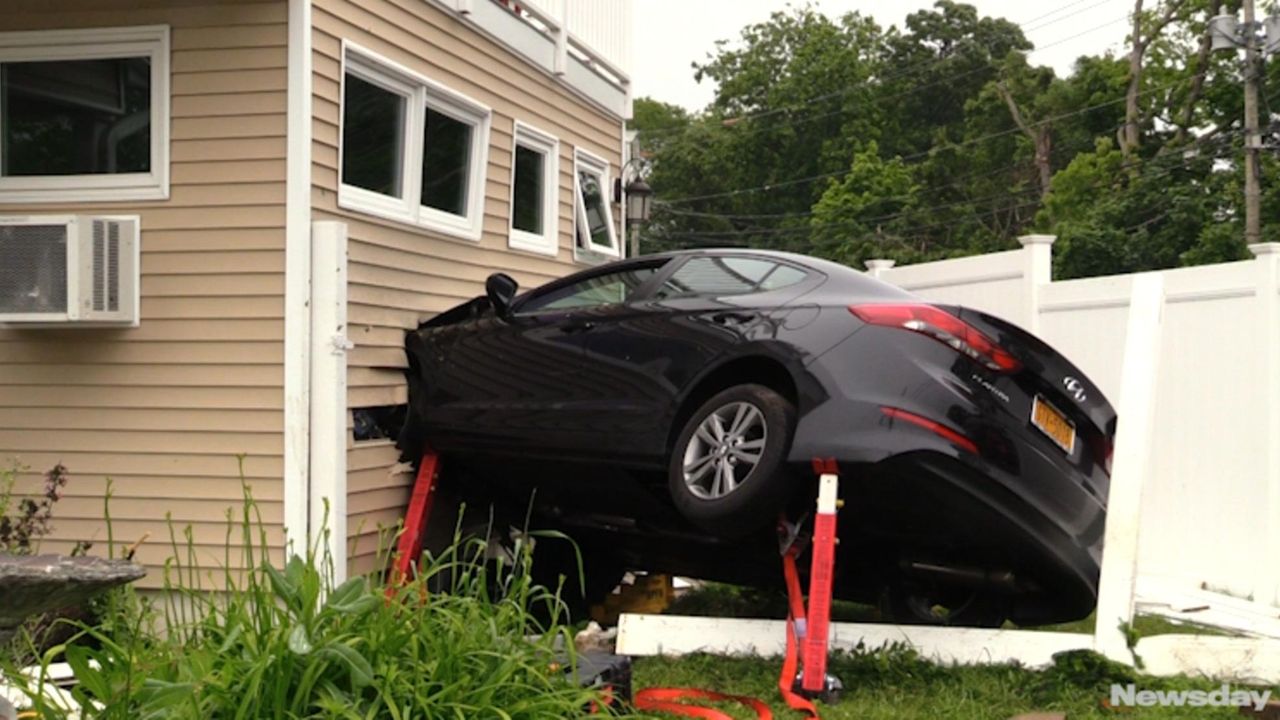 Police say a car crashed into a Blue Point home near the intersection of Division Avenue and Montauk Highway on Monday, June 5, 2017. The driver of the car that careened into the house suffered minor injuries but none of the three people in the home at the time were hurt, police said. Credit: James Carbone

The driver of a car that careened into a house in Blue Point late Monday morning suffered minor injuries but none of the three people in the home at the time were hurt, police said.

Suffolk County police said the crash at the home near the intersection of Division Avenue and Montauk Highway was reported in a 911 call at 11:48 a.m. and involved a 2015 Hyundai.

The male driver of the Hyundai was transported to Brookhaven Memorial Hospital Medical Center in East Patchogue for treatment of minor injuries, police said.

Police said the van was attempting to cross Montauk from south to north on Division when it collided with the Hyundai. The Hyundai then crashed into the home.

Photos from the scene show the front end of the Hyundai embedded into the side of the home.

The extent of the damage to the home was not immediately known.

Hochul: State weighing options for schools that don't enforce mask mandate
NYPD: Cops kill armed man, 3rd police-involved-shooting in 2 days
Questions and answers about N95 and KN95 masks
Forecast: Bitter cold impacting much of nation to arrive on LI
1:35
Single mom of four gets her own home through Habitat for Humanity
Suffolk DA creates team to prosecute gang crimes and gun violence
Didn’t find what you were looking for?