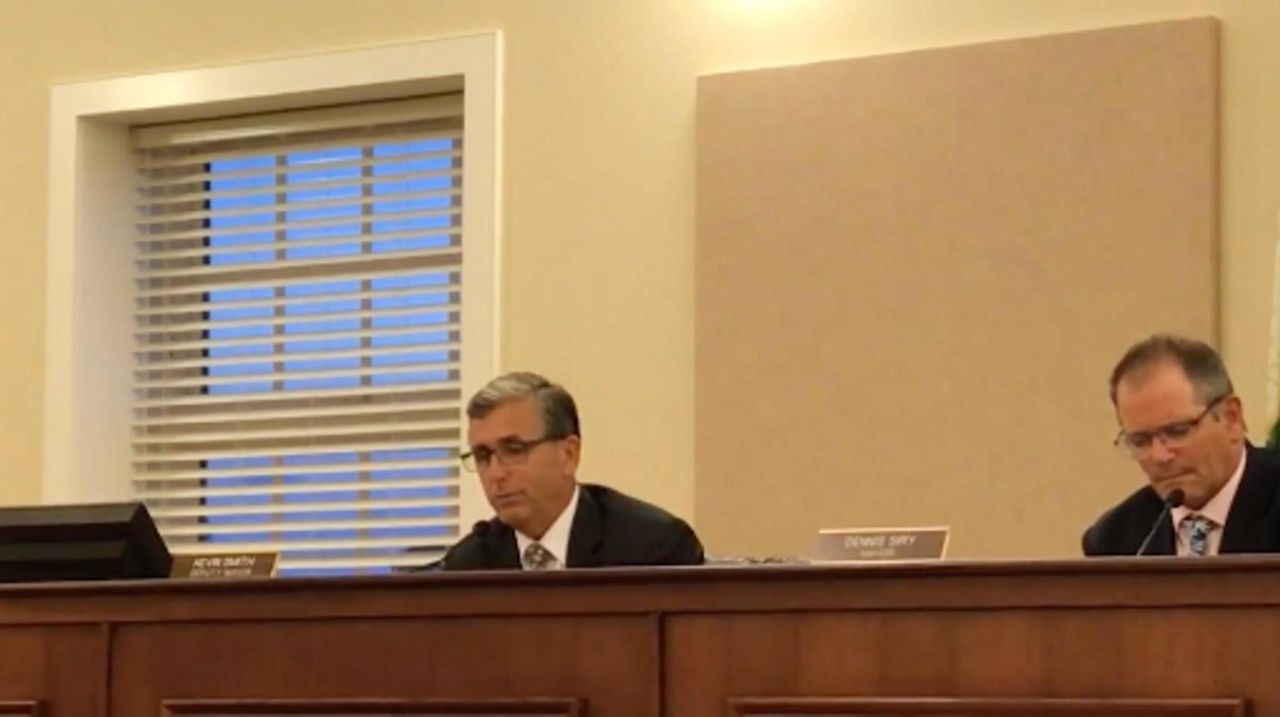 The Village of Amityville board of trustees on Monday night voted against letting a woman keep trailers on her property to house relatives displaced by Hurricane Maria.

The board voted 3-1 to deny the application of Carmen Powell, who had been using two camper trailers in a yard next to her house at the dead end of Lake Street for relatives from Puerto Rico. Powell told the board last month that she had evacuated family members, including her 84-year-old mother, from Puerto Rico in October after the Sept. 20 hurricane left their house in Rincón with no water or electricity.

Powell, who is currently in Puerto Rico trying to get her relatives’ house repaired, set up the trailers in the winter but did not apply for permission to have them until June. Powell’s attorney, Glenn Nugent, told the board Monday night that Powell had changed her application to one trailer after her nephew and his  fiancee relocated to North Carolina. Powell is living in the remaining trailer with her mother while her daughter, son-in-law and their two children live in the house, he said. One floor of the two-family house is being leased to a tenant, he said.

Mayor Dennis Siry asked Nugent if Powell had explored other housing options, saying the village had found that help is available.

“I just want to know how far she extended herself,” he said, adding that the situation is “heartbreaking.”

Village building inspector Bryan Donato examined the property last month and found the trailers are powered by a battery that is charged with an extension cord. He concluded that there does "not appear to be any major violations" of the state's property maintenance code but added at Monday’s meeting that he does worry about the coming colder months and heaters possibly being used.

Board members and several residents expressed concern with setting a precedent by allowing the trailers and also with possible liability should a fire or other incident occur at the property after giving approval.

“This is not a trailer park area, you cannot set this precedent,” said resident Lani Yeswoit.

“But then I thought, 'we’re a village and part of being a village is we’re supposed to take care of each other and be compassionate,' ” said LaLota, who floated setting a three-month limit on an approval. He voted against the denial.

When asked by a resident what officials would do next, Siry said the village would not immediately issue a summons.

“We’re going to give them some leniency,” he said, adding that after two weeks the village would “start coming down on them” if Powell does not make moves to find alternate housing.