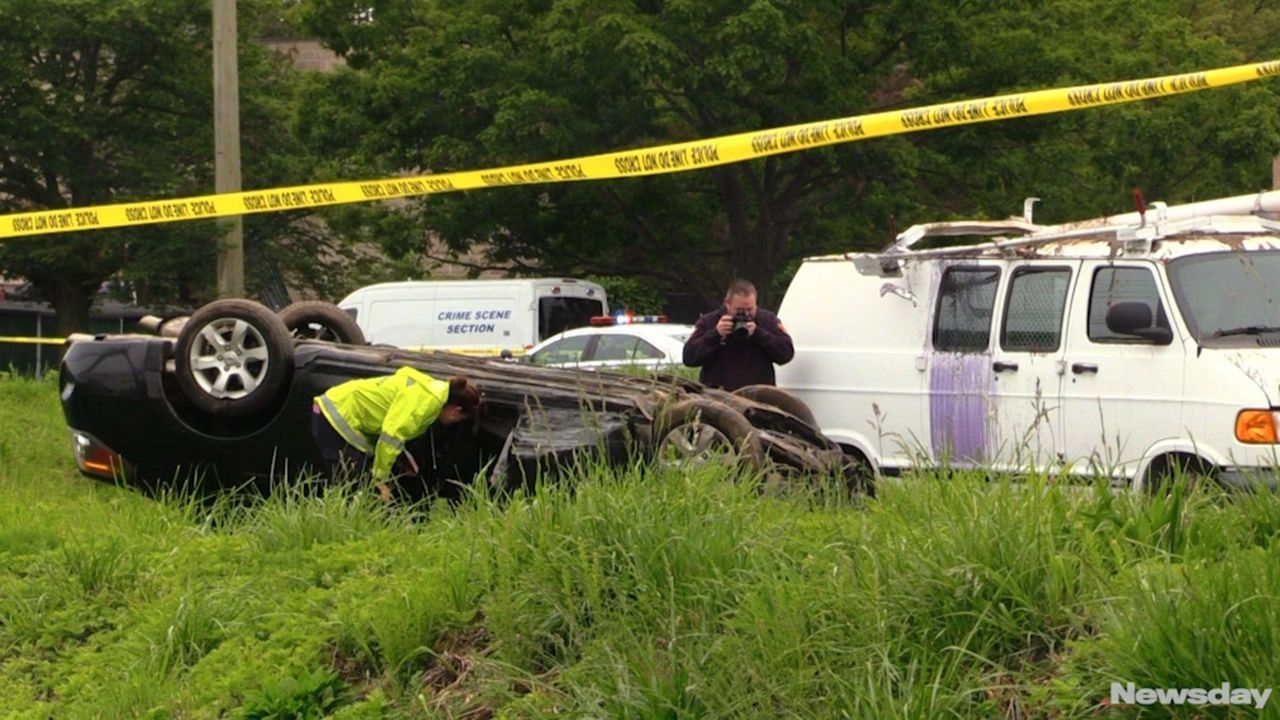 Suffolk Avenue in Islandia was closed in both directions on Tuesday May 30, 2017, police said, to allow authorities to respond to and examine the scene of a serious crash. Credit: James Carbone

A driver died after his car crashed and overturned Tuesday morning in Islandia, police said.

Peters, the only person in the Altima, was taken by Central Islip-Hauppauge Volunteer Ambulance to Southside Hospital in Bay Shore, where he was pronounced dead, police said.

Fourth Squad detectives investigating the crash urge anyone with information to call them at 631-854-8452.