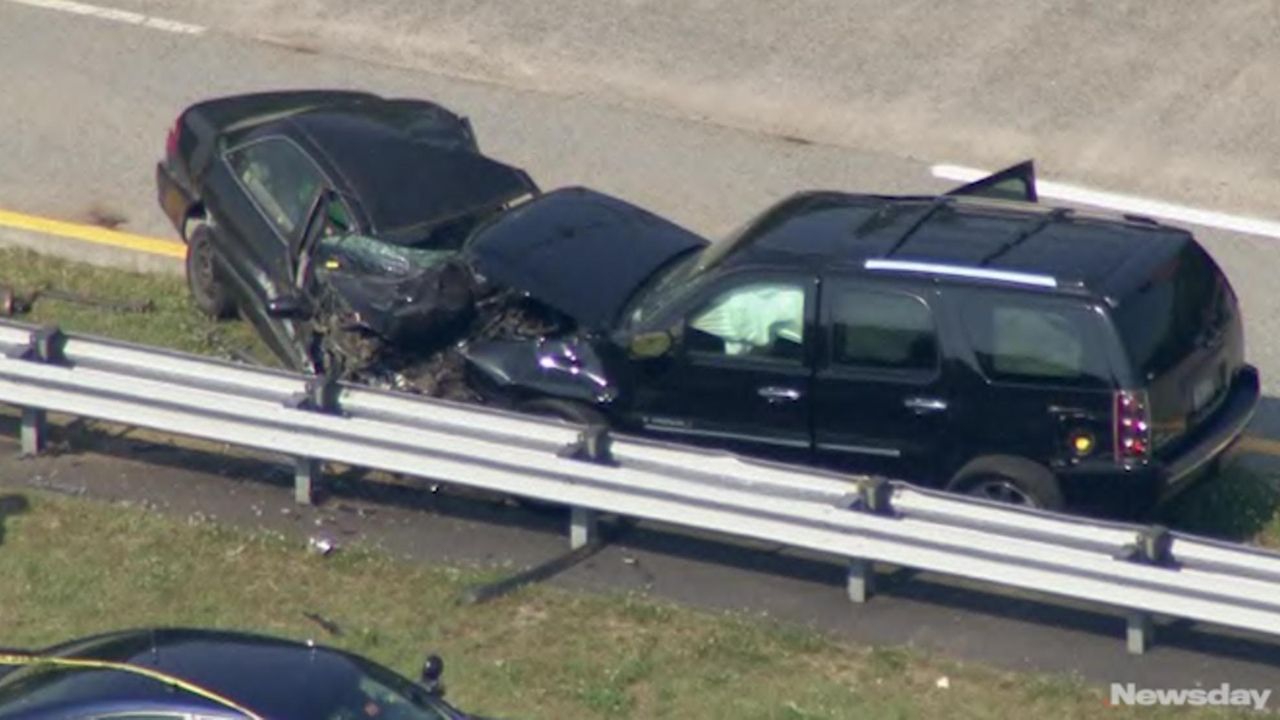 One person was killed in a two-vehicle crash that closed the westbound Southern State Parkway on Tuesday, June 13, 2017, in Islip Terrace. The crash involved a Honda sedan and a sport utility vehicle.  Credit: James Carbone; News 12 Long Island

A wrong-way driver died Tuesday after going east for about a mile on the westbound Southern State Parkway before hitting a sport utility vehicle in Islip Terrace, State Police said.

The investigation into the crash closed off the parkway between Sunrise Highway and Carleton Avenue until about 7:30 p.m., according to authorities.

Ferreby said it was not immediately clear how fast the Honda was going and where it entered the parkway. He said investigators will review witnesses statements.