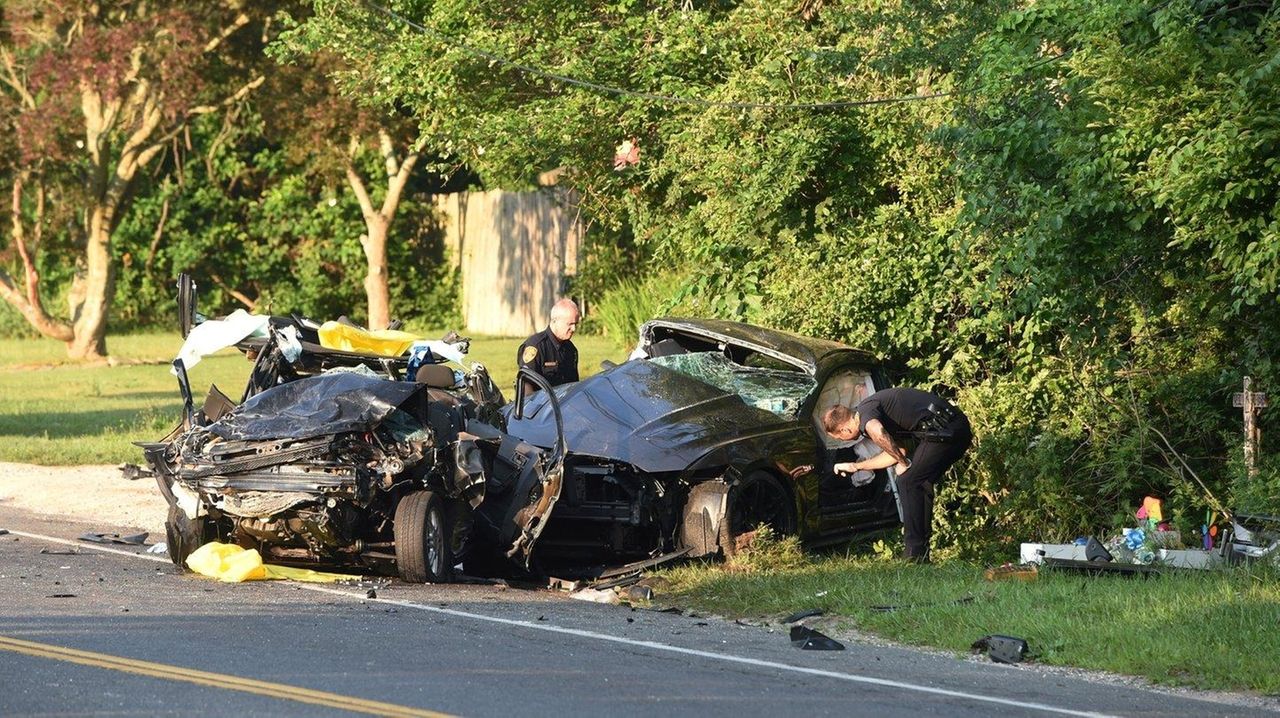 A Shirley man was killed and a Bellport woman seriously injured in an early morning crash Thursday in Brookhaven, Suffolk County police said.

Gregory Goodley, 45, was driving a 2015 Ford Mustang east on Montauk Highway at about 2:15 a.m. when he lost control on a sharp curve near South Country Road and struck a 2009 Ford Focus head-on, police said.

Goodley was pronounced dead at the scene.

Police said the driver of the Focus, Rebecca Davis, 22, was extricated by emergency responders and was airlifted to Stony Brook University Hospital with serious injuries.

Residents and business owners in the area say the curve in the highway is dangerous, causing dozens of accidents in recent years. They have called for stop signs or traffic lights to slow traffic.

Mark Lembo, whose son’s family lives near the site of the crash and who often accompanies his granddaughter to the bus stop nearby, said the 50 mph speed limit for that stretch of road is too high.

“Cars can’t stop fast enough,” Lembo said. “I’m afraid every time we go to the bus stop because cars are passing the bus even when it has its stop sign up.”

Lembo said he has reached out to county officials for help but so far nothing has changed.

At least three other fatal accidents involving vehicles swerving into oncoming traffic have occurred near the intersection — in 2015, 2010 and 2003, according to news reports.

A&D Auto Collision is located directly across the street from Thursday’s accident, and its surveillance cameras recorded the crash. The footage was submitted to police investigating the accident, the owner said.

Malcolm Stewart, who formerly owned and operated an appliance store nearby, said he has voiced his safety concerns to Brookhaven Town officials.

“This is a dangerous, dangerous place,” Stewart said.