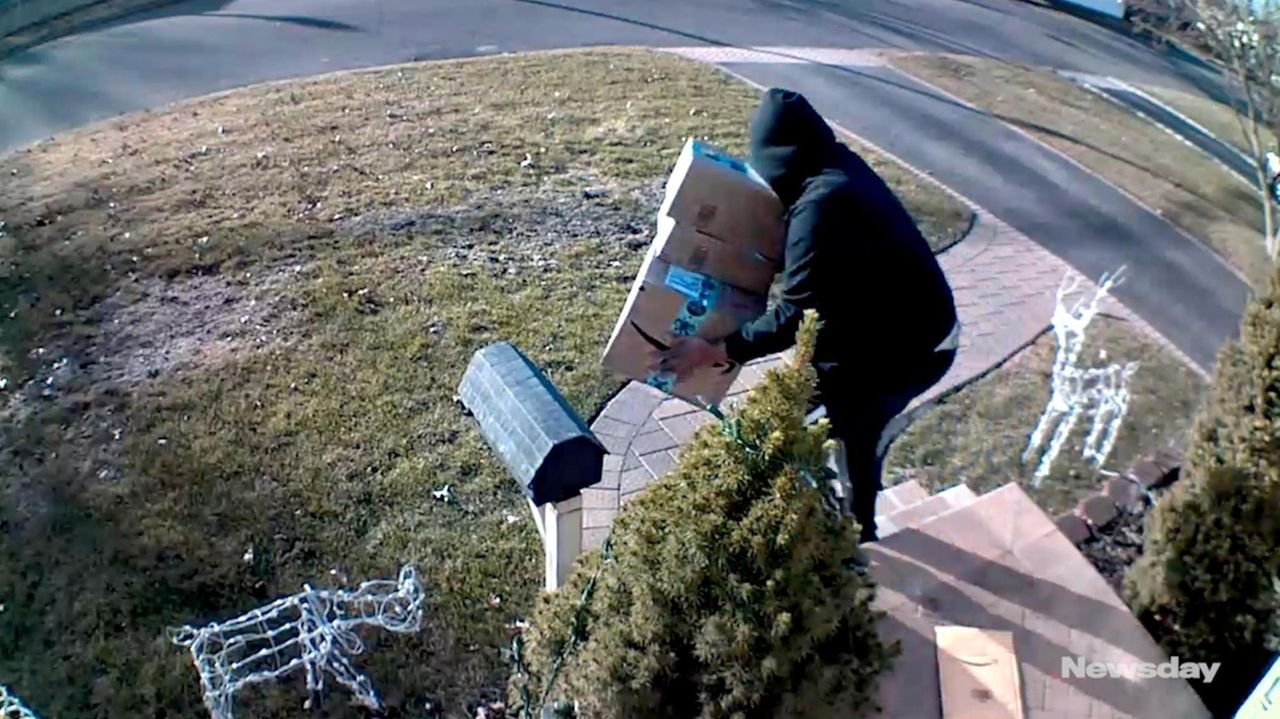 Suffolk County police are investigating after responding to a report of packages stolen from a Deer Park home on West 24th Street on Tuesday, Dec. 11, 2018.  Alicia Neuner, 30, said a man wearing all black and a white mask took about $200 worth of Christmas gifts from her porch.  Credit: Alicia Neuner

After a package was stolen from in front of her Deer Park home two weeks ago, Alicia Neuner said she had a motion-activated surveillance camera installed, hoping it would help her catch any future thieves.

Sure enough, on Tuesday, the camera recorded a man wearing all black, in a white mask, taking about $200 worth of Christmas gifts from her porch on West 24th Street.

“I know it’s all replaceable, but I can’t believe that people would do this especially during this time of year,” said Neuner, who didn't report the first theft to police but did report the second one. “It’s pretty mind-blowing.”

In another case caught on video Tuesday, a Northport woman was arrested after allegedly stealing several packages from outside an East Northport residence.

Deborah Amato, 60, was observed taking the packages from the front stoop of a home on Montrose Lane at 1:50 p.m. Tuesday, Suffolk County police said. She was arrested at 11:54 that night and charged with petit larceny, police said.

A video shows a woman driving past a house. She then backs up, pulls into the driveway, gets out of the car and heads toward the front door. She returns to the car with a handful of packages.

Suffolk police last month announced the arrest of a Wyandanch man in a rash of thefts of packages from at least eight residences in South Shore communities between Bay Shore and Bayport.

Law enforcement officials provided the following tips to those who are buying gifts online: