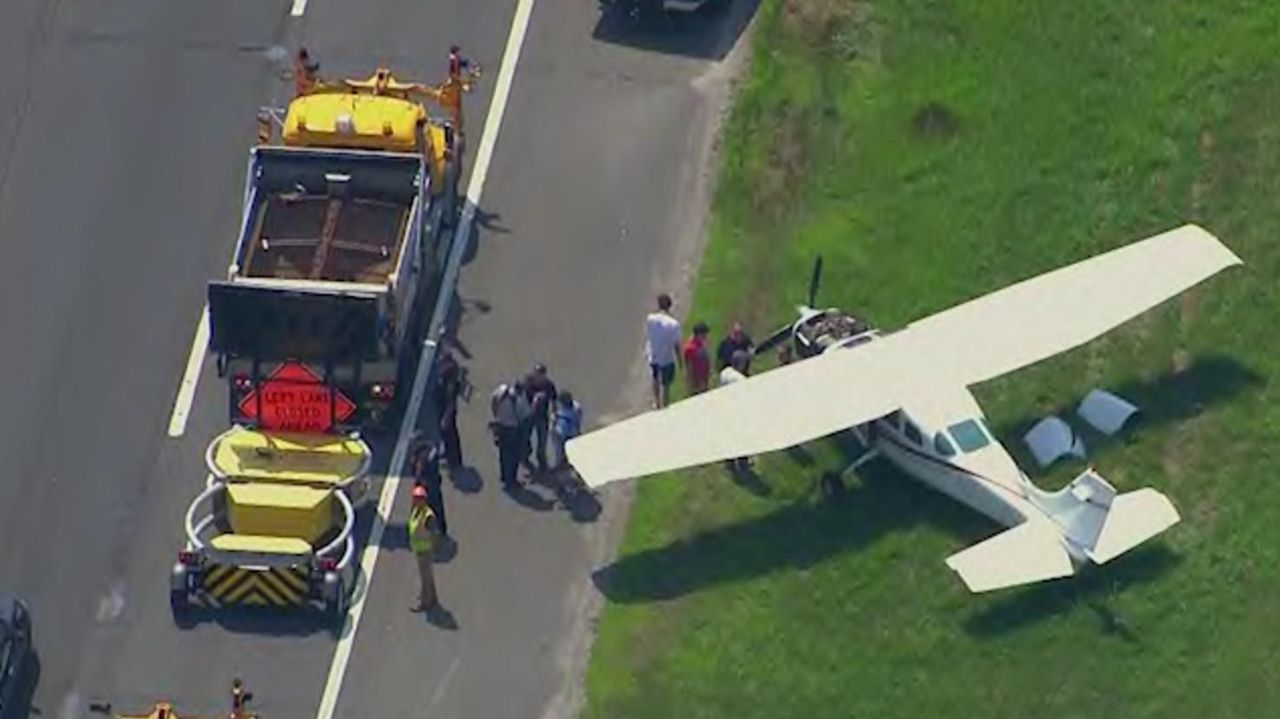 A pilot made an emergency landing Wednesday afternoon on busy Sunrise Highway in North Bellport — avoiding cars and an overpass — after his small plane suddenly developed mechanical problems, authorities said.

The single-engine Cessna 206 touched down on the westbound lanes and rolled to a stop on a grassy shoulder with no signs of physical damage.

No injuries were reported.

A Facebook video shows the 28-foot-long plane landing east of Exit 57, rolling under the Horseblock Road overpass and then pulling over — with a police car ending up right behind it.

The pilot, who took off from nearby Brookhaven Calabro Airport in Shirley, was the only occupant. The plane was heading to Eagles Nest Airport in West Creek, New Jersey, the Federal Aviation Administration said.

According to FAA records, the plane, manufactured in 1965, is registered to James O’Donnell of Northport.

The pilot identified himself as O’Donnell to a Newsday photographer at the scene. He remained there, talking to investigators, until the plane could be towed to Brookhaven Calabro.

It wasn’t O’Donnell’s first spectacular landing. In 2006, he was showing off his helicopter to a friend’s teenage son aboard for a test flight when the aircraft’s engine failed 600 feet over the Long Island Sound.

A quick-thinking O’Donnell directed the plane into the water west of Mattituck Inlet, flipping a switch to activate rubber pontoons attached to the landing skids to soften the impact. On hitting the water, the craft flipped over and O’Donnell and his 15-year-old passenger were able to swim out with only minor injuries.

Barry said police received a 911 call and officers were dispatched to the scene shortly before 1 p.m. The FAA also responded.

Besides finding an open stretch of pavement to land, Chief of Department Stuart Cameron said the pilot had to clear a highway street sign before touching down, then duck under the overpass.

“I think it was the best course of action under the circumstances. He did a nice job,” Cameron said, noting that Sunrise Highway at rush hour would have been filled with cars.

Thomas Lupski, a West Sayville real estate agent, was driving to a client appointment at about 1 p.m. when he noticed the plane flying overhead on Sunrise Highway. It seemed low to the ground, he said.

“I saw this plane come over the trees and it looked like it was wobbling,” Lupski, 36, said in an interview. “I was thinking first, hope it doesn’t crash, then I hope he makes it OK.”

Lupski grabbed his phone and began filming when the plane turned parallel to the road and appeared to be poised for a highway landing. The plane touched down about 30 feet in front of his car and rolled under the overpass.

“I’ve never seen anything like it,” he said. “On the news, I’ve seen it, but nothing like that in person.”