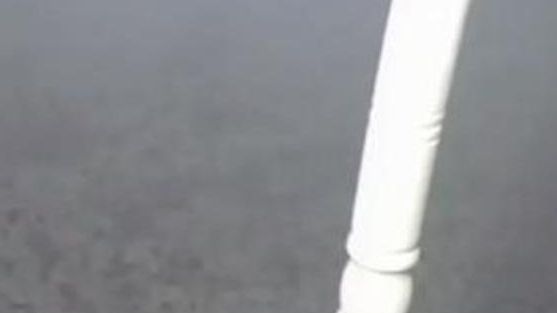 Police released surveillance video they say shows an unidentified suspect stealing a package with about $100 worth of merchandise from the porch of a home on Rider Avenue in Patchogue on Wednesday, Dec. 20, 2017. Credit: SCPD

’Tis the season for “porch pirates” to be busy, the latest theft involving a man stealing a holiday package Wednesday evening from a porch in Patchogue, Suffolk County police said.

Police said the unidentified suspect stole the package containing about $100 worth of merchandise from Best Buy that had been delivered to a home on Rider Avenue. The theft occurred at 5:47 p.m. — about five minutes after it had been delivered, police said.

Unfortunately for the suspect, it was captured by surveillance cameras. A picture of the suspect was released Friday.

Police are now asking that anyone with information to call Crime Stoppers at 800-220-TIPS. Callers are eligible for a cash reward of up to $5,000 for information leading to an arrest.

All calls will remain confidential.

Suspects in these cases have come to be called porch pirates because they steal deliveries left on the porch — or, at the front door — of homes during the holiday season.

Video surveillance footage in a number of recent cases has led to arrests in incidents in both Nassau and Suffolk.