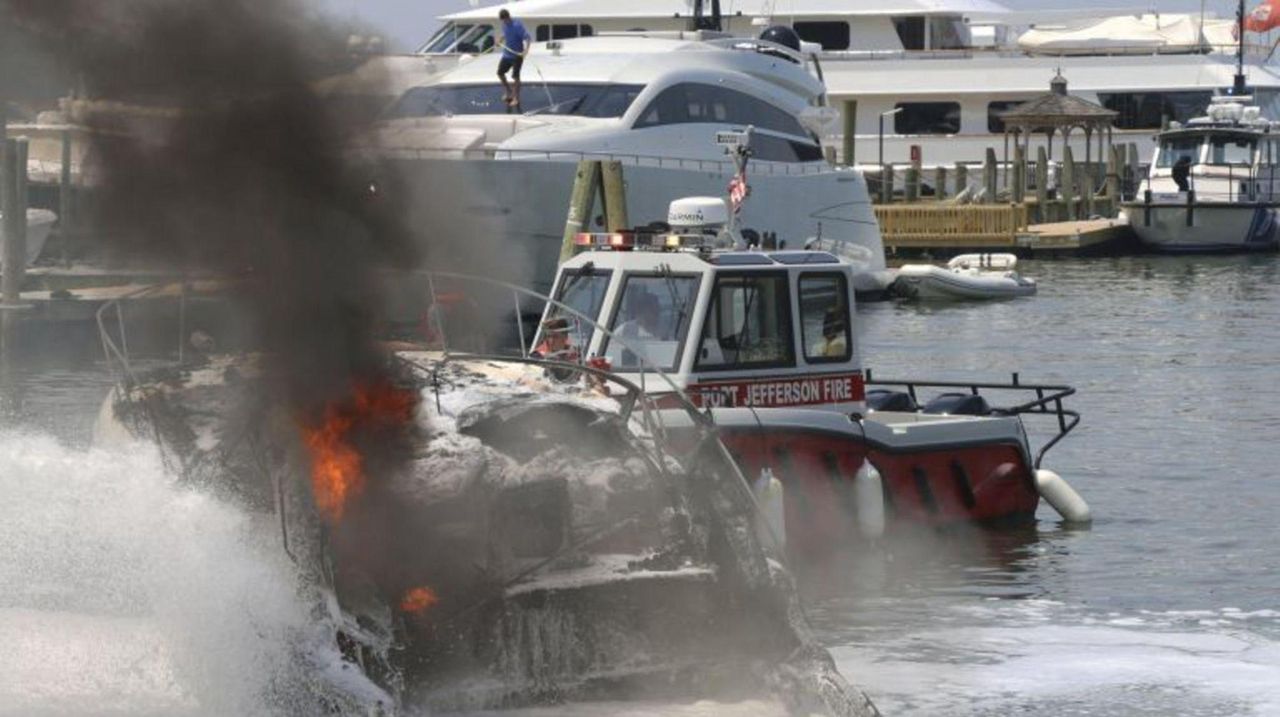 Four people were rescued from a 33-foot boat when it caught fire Sunday afternoon near the Bridgeport & Port Jefferson ferry terminal and Danford's Marina, authorities said.

Suffolk police Sgt. Michael Guerrisi was off-duty and on his personal boat when he saw the 33-foot Sea Ray Sundancer on fire in Port Jefferson Harbor at about 12:50 p.m., Suffolk police said.

Guerrisi pulled four people who were in the water onto his personal boat after they abandoned their burning vessel, police said in a release.

The Port Jefferson Fire Department responded to the scene at 12:50 p.m., officials said.

The fire is under investigation by the Suffolk County Arson Squad.

Port Jefferson Fire Chief Brennan Homes told News 12 his department was notified about the fire by a Lake Grove fire marshal who was on the docks at the time.

When the fire department arrived, the boat was fully engulfed in flames and drifting toward the marina, Homes told News 12. At one point, the boat got within 10 feet of the other boats, but crews pushed it into open space.