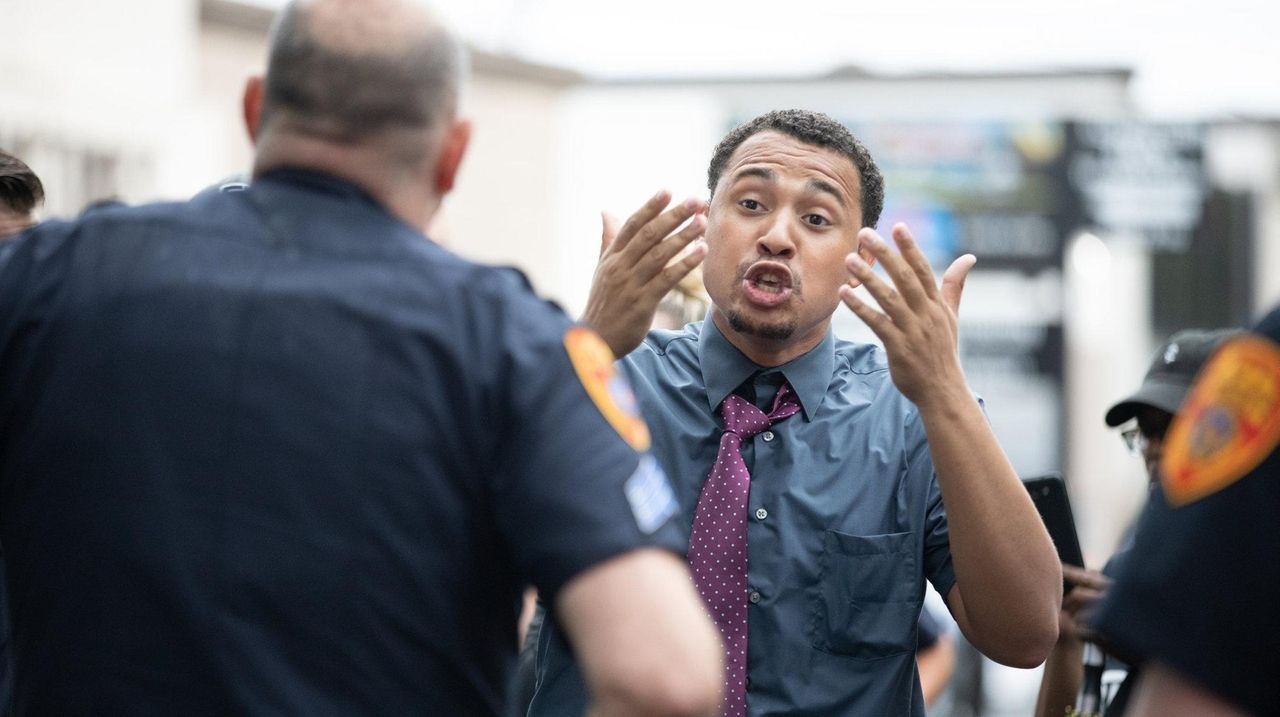 A driver was taken into custody Monday night after his vehicle struck and injured two protesters at a Black Lives Matter rally in Huntington, authorities said. Credit: Kendall Rodriguez

Anthony Cambareri, 36, was driving a 2018 Toyota RAV4 west on Broadway when he struck the protesters "who were standing in the roadway at approximately 6:45 p.m.," a police news release said.

Police said in an emailed statement that Cambareri "fled the scene and was apprehended a short time later."

The pedestrians were taken to Huntington Hospital with non-life-threatening injuries, police said..

Cambareri, of Gabon Lane in Coram, was charged with third-degree assault and was issued a desk appearance. Police said he will be arraigned at First District Court in Central Islip at a later date.

Cambareri was not injured and the vehicle was impounded for a safety check.

According to witnesses, 25-30 demonstrators were marching east on Broadway when a gray Toyota RAV4 hit the protesters, witnesses said.

“In my head, I thought he’s going to stop, but he didn’t stop at all,” said Chris McCain, 29, of Freeport. “For this to happen on Long Island is crazy."

Tiandre Tuosto, 25, of West Hempstead, said he was marching when the vehicle hit one of the protesters. Tuosto said he jumped of out of the way and the injured protester rolled to the ground.

The victim had trouble walking afterward and was taken by ambulance to a hospital, Tuosto said.

Suffolk County police were interviewing witnesses at the scene but declined to comment.

The vehicle remained at the scene after police arrested the man but was eventually towed away, witnesses said.

A second man, who was hit in the knee by the vehicle, also was taken away by an ambulance. He would not give his name.

The protest resumed about 8:30 p.m. with a few remaining demonstrators marching to the Huntington Station LIRR depot.

Protester hit by car: 'Charges need to be raised to at least a felony'Protesters called for more serious charges against the driver who, police and witnesses said, hit two Black Lives Matter demonstrators in Huntington.