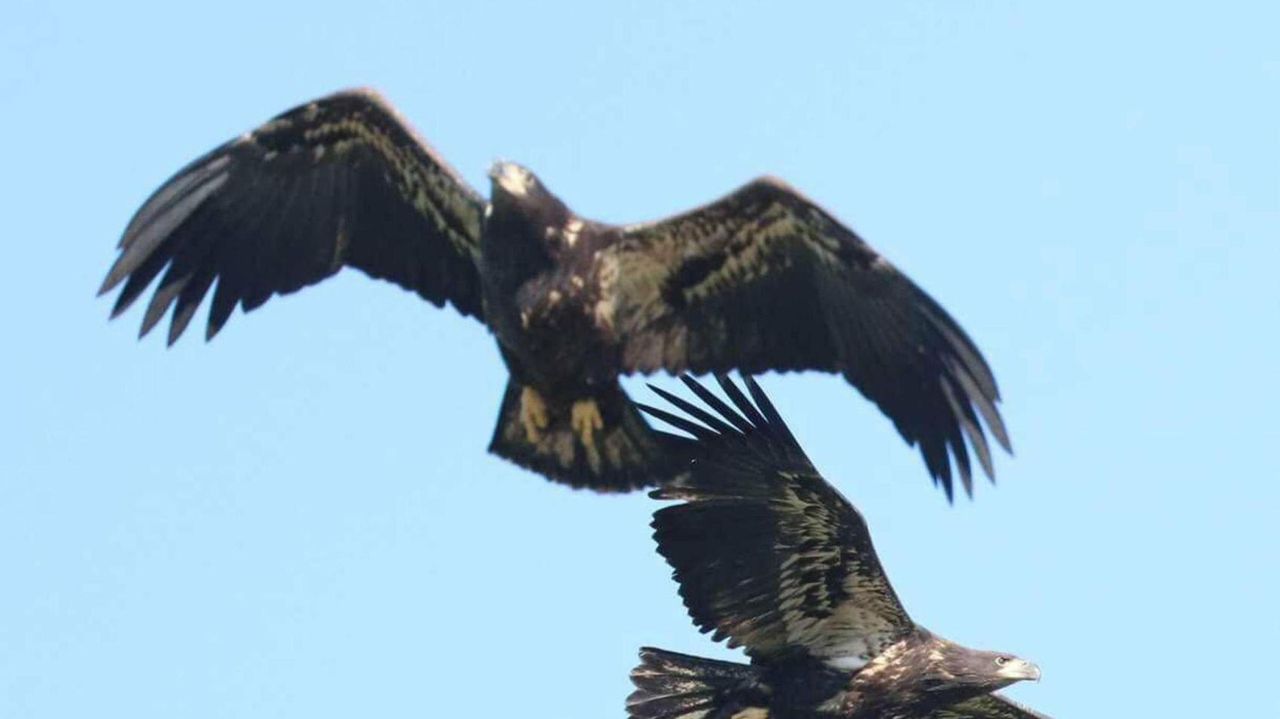 PSEG Long Island has installed protective barriers on electric wires near Mill Pond in Centerport where a family of eagles is nesting. Known throughout the Town of Huntington as The Commodore and Mrs. Vanderbilt, the eagles have recently had two eaglets and have become minor celebrities in the town. Once the eaglets were spotted landing on electric wires, bird watchers contacted PSEG and local officials to take steps to protect the birds. Credit: Jessica Rotkiewicz

Bird lovers' concerns that a pair of fledgling bald eagles might get zapped by electrical wires as they tested their wings around a Centerport pond prompted the power utility to install special insulators to protect the national birds.

Local residents love the eagles that live on Mill Pond in Centerport, said Bruce Adams of Northport. They’ve inspired a Facebook page, Bald Eagles of Centerport, that’s got 7,000 followers, and legions of gawkers who line a roadway and Heron Park watching and the photographing the birds.

“I’m so thrilled at how our ecology has permitted them to live here,” Adams said.

The two young eagles, with 6-1/2-foot wing spans, began to fly on their own last month, and Adams grew concerned when he noticed the pair was landing on utility poles. It’s not uncommon for birds or squirrels to ground utility wires when they bridge to a wooden pole, often resulting in electrocution.

Adams contacted Suffolk Leg. William Spencer, who helped him get through to PSEG Long Island. The utility sent a crew out June 27 to install special rubber insulators on the wires. “They were so responsive,” Spencer said.

Dan Wickstrom, a PSEG construction manager, said the utility was able to insulate wires on two poles and plans to put protective equipment on six transformers on nearby poles as well.

Spencer said the ability to protect the birds was fitting this July Fourth holiday week.