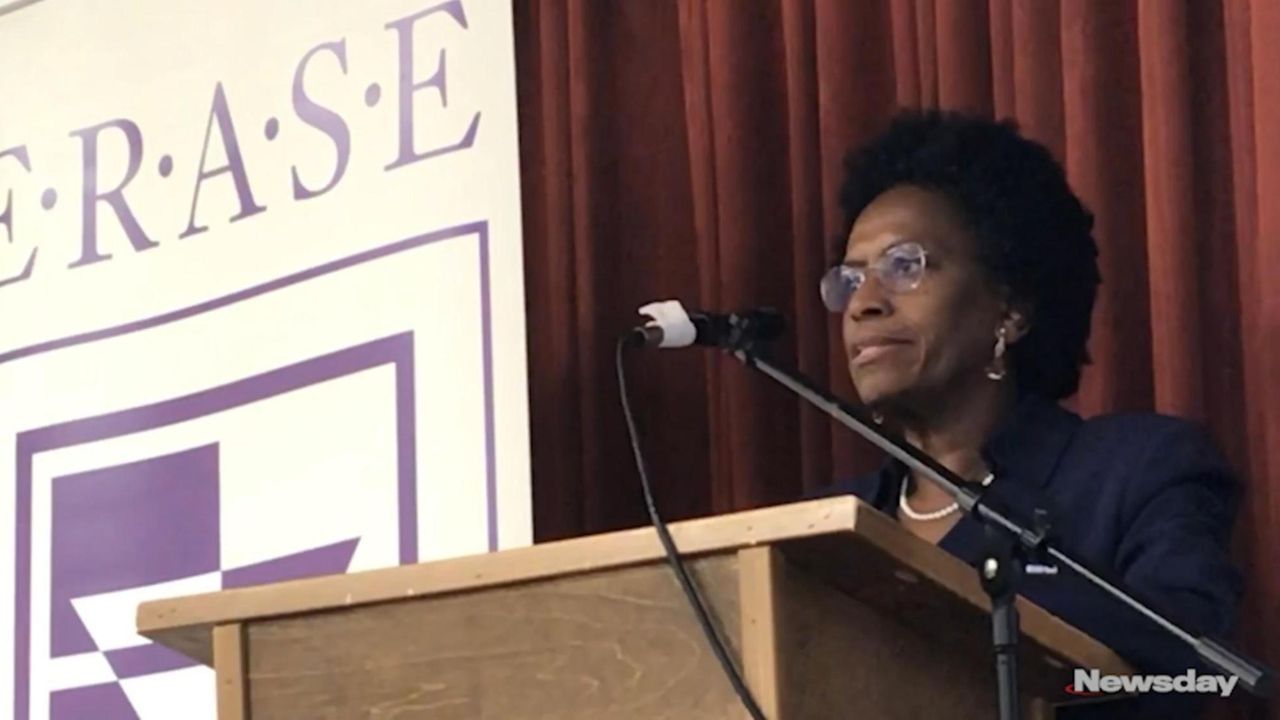 More than 100 people turned out for The Riverhead Anti-Bias Task Force and Syosset-based coalition group ERASE Racism's forum, "How Do We Build a More Just Long Island?" The session was held Dec. 4 at the Riverhead Senior Center.     Credit: Newsday / Jean-Paul Salamanca

More than 100 people turned out for a forum Tuesday in Riverhead sponsored by the town's Anti-Bias Task Force and Syosset-based coalition group ERASE Racism to discuss how to unify Long Island and make it a better place to live.

“It’s the launch of a larger initiative which is focused on building a community conversation that is regional across Long Island to address structural racism,” said ERASE Racism president Elaine Gross.

The session was titled "How Do We Build a More Just Long Island" and was held at the Riverhead Senior Center. The forum was one of several the two groups have been holding since last week, including at Stony Brook and in Hempstead and Melville. The fifth and final forum is Monday in Hauppauge.

Panel discussions from presenters touched on structural racism, implicit bias, the concept of “white privilege” and historic examples of racism on Long Island such as in Levittown, where the town’s developers, Levitt & Sons, built the community’s first homes with leases specifying that minorities were not allowed to purchase or use the properties.

Marjorie Acevedo of Wading River said her group suggested consolidating communities to create more diverse school districts. For example, Acevedo said, by consolidating schools on the North Shore and bringing in students from Riverhead, it would help residents mingle with “diverse neighbors” and foster new friendships.

Laura Goode of Riverhead said her group thought a big step was for people to identify within themselves whatever implicit biases they might have in order to understand and change them.

“We really need to look deeply inside of ourselves honestly, and identify the different biases we have and come out with it,” Goode said. “If we acknowledge them, we should be able to overcome them and make Long Island more just.”

Noreen LeCann, the task force’s vice chairperson, said her group is focused on individual education, reading and exposing one’s self to new ideas as ways to combat racism.

“That was a very important part of our discussion,” said LeCann, adding that it was important for people to “educate yourself so you can educate others.”

Gross said ERASE Racism will take the feedback from forum participants and use it to help the group shape strategies for addressing some of those issues.

The forums were geared toward educating people on the issues, Gross said, “so we are asking the right question and coming up with the right kinds of solutions.”