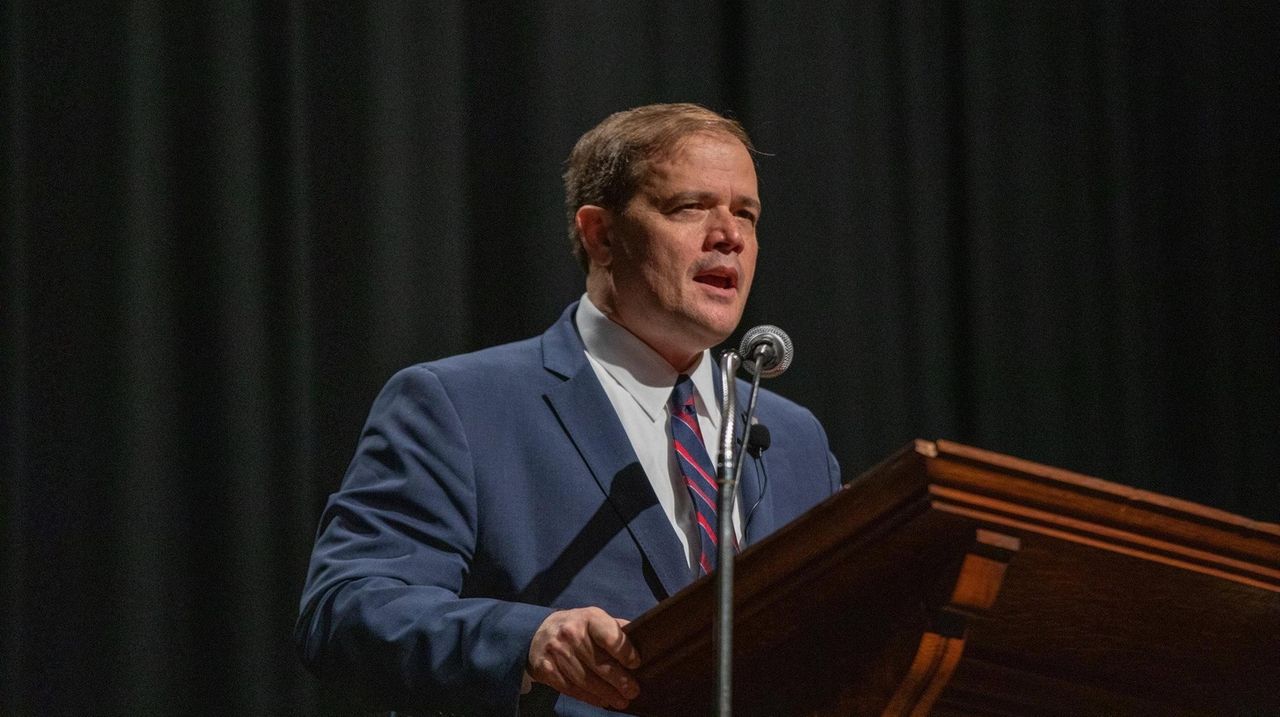 Raymond Tierney on Sunday stood in the auditorium of the high school where he graduated nearly 40 years ago and, as Suffolk County’s newly elected district attorney, pledged to prosecute cases "fairly and aggressively."

Tierney, who campaigned on a promise to lobby to overturn state bail reform laws, did not mention those efforts in his inauguration speech at St. Anthony’s High School in South Huntington, his alma mater. Instead of touching on specific initiatives, he focused on justice and the importance of the job.

A career prosecutor, Tierney, 56, of Holtsville, stressed the hard campaign work of his family and supporters in getting him elected to a job he said he was "born to do." 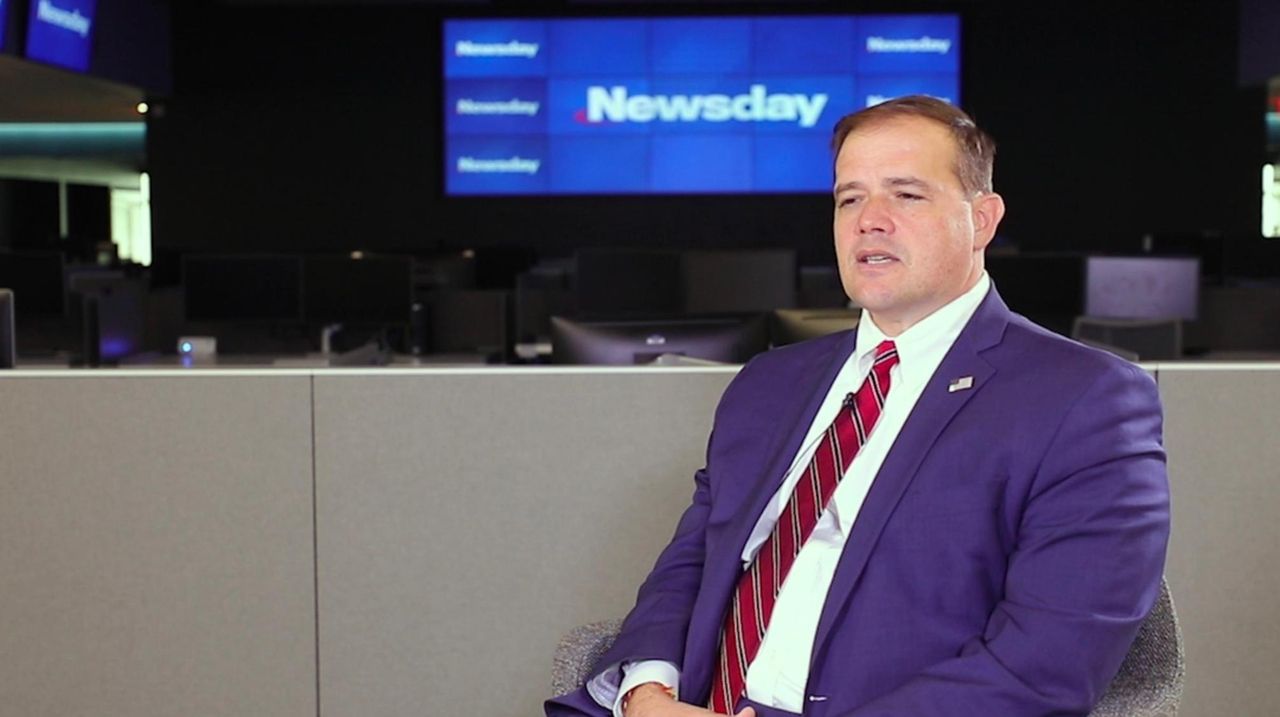 Tierney, who had the support of the Republican and Conservative parties, defeated first-term incumbent Democrat Timothy Sini in the November election. Sini, 41, of Babylon, had served since 2018 and was previously a federal prosecutor and Suffolk County police commissioner.

In his 26 years as a prosecutor, Tierney served in the Suffolk County District Attorney’s Office, the U.S. Eastern District federal court and the Brooklyn District Attorney’s Office. He left the Brooklyn district attorney's office in February to become the chief counsel for compliance and enforcement at Suffolk County Off-Track Betting Corp. He needed to be Suffolk-based to run for the county's top law enforcement job.

Hector LaSalle, presiding judge of the state Appellate Division for the Second Judicial Department administered the oath of office to Tierney who stood with his wife, Erica, by his side. LaSalle extolled Tierney’s moral character highlighting his humility and empathy.

"To have a person who's willing to sit down and listen to people — not just witnesses, not just victims — but to defendants, to defense attorneys, to judges, to the public, is incredibly important," LaSalle said. "That lack of arrogance, that humility … will distinguish Ray as one of the best district attorneys Suffolk County’s ever had."

The afternoon featured a piano rendition of Billy Joel’s "New York State of Mind"; a benediction from leaders of various faiths, including Kevin Shakil of America’s Islamic Radio; and a performance by the Eastern Long Island Police Pipes and Drums.

No politicians delivered remarks on behalf of Tierney, a self-described "political neophyte." Instead, speakers included friends like attorney Douglas D. von Oiste who worked alongside Tierney in the Suffolk district attorney’s office many years ago.

"Ray is a prosecutor's prosecutor," von Oiste said. "He's not a guy that's been in the backroom pushing paper."

"He's a man whose conduct proceeds from good will and a sense of propriety."

Incoming Suffolk DA Raymond Tierney plans to use 'tough on crime' approachIn addition to lobbying the State Legislature to repeal bail reform law and give judge's discretion on bail, he said he plans to re-establish a unit concentrating on gangs.