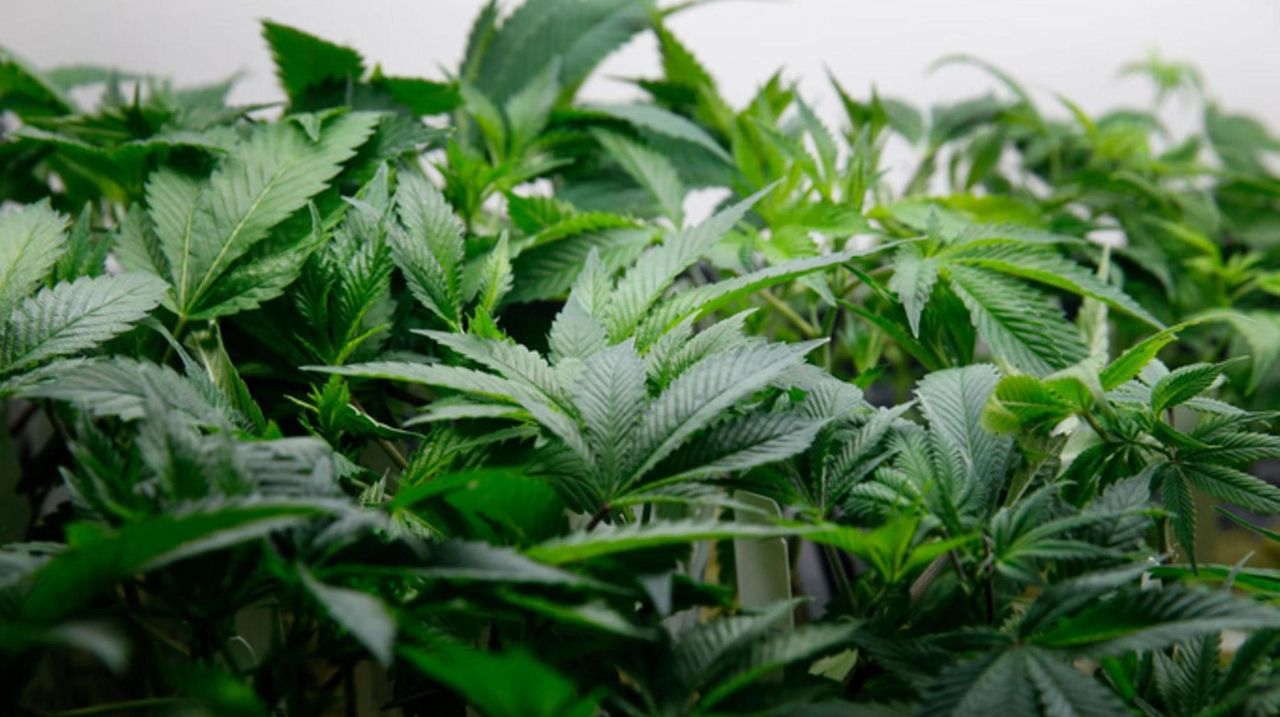 Now that the use of recreational marijuana has been legalized in the state of New York, towns across Long Island have to decide whether they will opt in or not. Newsday's Steve Langford talks to those for and against it in the Town of Babylon. Credit: Newsday / Steve Pfost; Kendall Rodriguez; Photo Credit: AP / Paul Sancya; Charles Rex Arbogast; Chicago Tribune / Erin Hooley

Long Island towns are exploring new avenues to address the sale of marijuana, including possibly putting the matter on the ballot in November.

Town supervisors from Nassau and Suffolk counties, along with leaders from the cities of Glen Cove and Long Beach, met virtually on May 5 to once again hash out how they would address the new state law legalizing recreational marijuana.

Officials had met a month prior but could not reach a consensus on whether they would fully participate.

Under the law, which passed in March, a municipality cannot prohibit residents from consuming or growing marijuana but can opt out or regulate retail sales and consumption sites. If opting out, a municipality must pass a law by Dec. 31 stating its intention to do so. A municipality that opts out can opt in at a later date.

If a town or village opts out, a permissive referendum to reverse that decision can be held if residents collect signatures from at least 10% of the total votes cast in the municipality for governor in the last election.

During the meeting, supervisors from Southold and Southampton discussed towns opting out then directly putting a referendum on the ballot for November, bypassing the petition.

"There’s some question as to whether we as towns could legally do that," said Rich Schaffer, Babylon Town supervisor and chair of the Suffolk County Town Supervisors Association. "We’re going to get a final determination from the state attorney general’s office."

Southampton Town Supervisor Jay Schneiderman says he is not sure what direction his town board will take but that he feels putting it on the ballot is "the most democratic way to approach the issue."

What he doesn’t like is the idea of forcing residents to collect thousands of signatures during a pandemic.

"People are still rightfully nervous about interacting with people they don’t know," he said. "We don’t want to create a superspreader event with a petition drive."

Southold Supervisor Scott Russell in an email called the issue "a pretty substantial public policy decision" that shouldn’t be decided "by a few members on a Town Board but, rather, the whole community."

State Assemb. Fred Thiele (I-Sag Harbor) says the law is "fuzzy" on whether towns have the right to directly place a referendum on the ballot. Last week Thiele and state Sen. Jim Gaughran (D-Northport) introduced legislation that Thiele said would amend the law and "remove all doubt" that referendums can be put on a ballot without a resident petition drive.

If given the green light by the state, towns would have to work fast to get a referendum on the ballot, as it has to be submitted 90 days before Election Day, Schaffer said.

In the meantime, some municipalities are drafting legislation to restrict marijuana stores and consumption sites to industrial areas, Schaffer said. Schneiderman said that too should be debated.

"Do we treat it like something we want to hide, sweep it under the rug, or do you treat it like New York State is treating it, sort of like alcohol and cigarettes?" he said. Relegating stores to industrial areas "stigmatizes the users in a particular way that I don’t think is helpful," he said.

"If it’s going to be legal for sale, I don’t think I would relegate it to the darkest recesses of the town," Schneiderman said.

Schaffer said he was "still doing some research" on the topic and as part of that, Babylon Town is reaching out to states that haves legalized recreational marijuana, such as Massachusetts. The town also has launched an online poll to gauge residents opinions. Southampton has its own marijuana survey on the town website.

In less than two weeks, Babylon had received about 250 responses, with the opt-ins leading so far.

"All of them have been very opinionated one way or another," Schaffer said. "Some of the comments have given good suggestions on how we can implement it … so it’s a great educational tool for me."

For, against marijuana sales in BabylonNow that the use of recreational marijuana has been legalized in the state of New York, towns across Long Island have to decide whether they will opt in or not. Newsday's Steve Langford talks to those for and against it in the Town of Babylon.