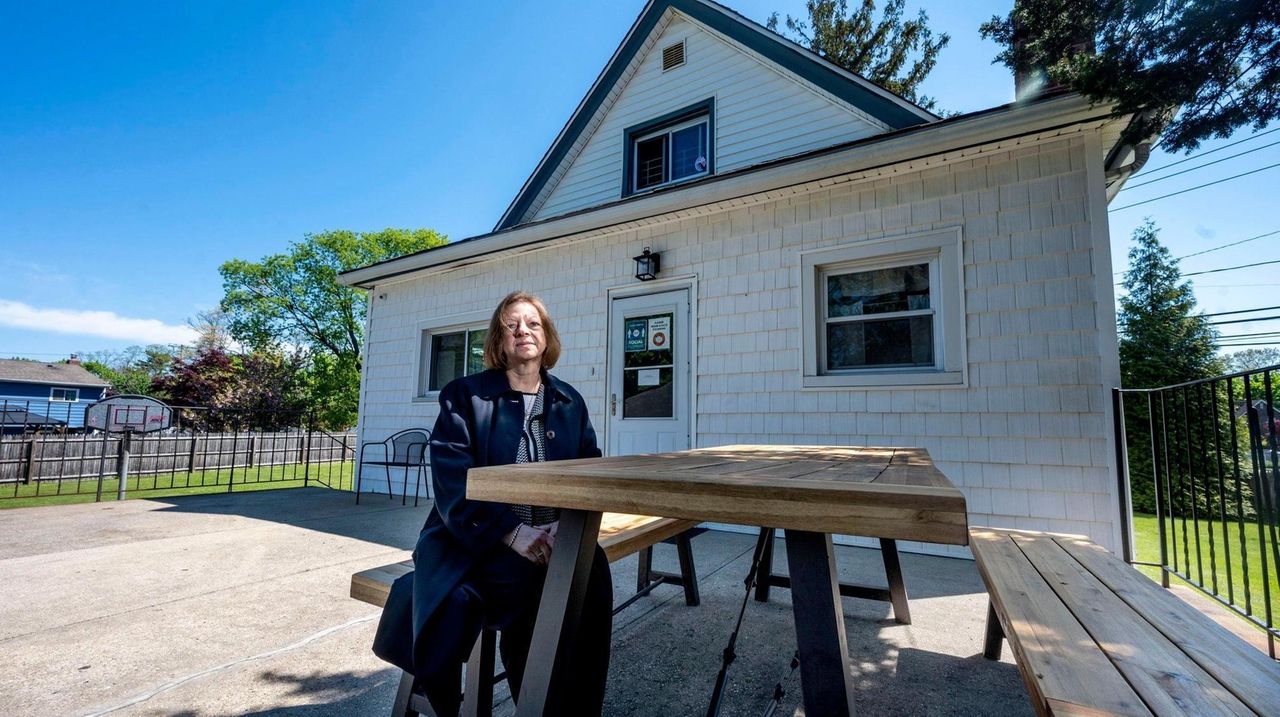 Ressurection House, a long-time homeless shelter in Wheatley Heights, may have to close over lost funding because of a drop in homelessness. Credit: Newsday / Alejandra Villa Loarca

A Wheatley Heights homeless shelter that has been helping families for nearly 40 years is in danger of having to shut its doors after Suffolk County announced they plan to stop funding the facility.

Resurrection House, which has run a four-unit shelter since 1982, was told last month that the county’s Department of Social Services will terminate its contract, due to expire in June 2022, and no longer refer individuals there after August 14.

The shelter, which houses only women and children, has two families who may have to be transferred, Johns said. Her 15 staff members may have to be let go.

Christine Wimbush, 40, lived at the shelter for several months and now works for them. She credits the staff with helping her get her high school diploma and finding an apartment.

"It’s a place that makes you feel like you’re at home," she said.

Officials from DSS said in a statement that the number of homeless in the county has dropped 31% since May 2019.

"With the lack of placements the shelter providers were left with a reduction of revenue," the department said.

Shelters were struggling to cover the difference and the department said "changes would have to be made to help the providers."

Since August, 29 shelters have been closed, officials said, with seven more planned for the coming months. Shelter location, size, and overall performance were factors in deciding which to close, officials said.

Nassau County has also seen a drop in homelessness — down 47% for families since the pandemic started — but has not closed shelters, though owners have had to lay off staff, Lorraine Washburn-Baum, DSS Deputy Commissioner said in an email.

Johns said the drop is likely due to the state’s eviction moratorium and that numbers will surge once the edict is lifted.

"It might not be immediate but once landlords are able to start evictions, you know what’s going to happen," Johns said.

The county will be left with 63 shelters in operation: 55 houses and 8 hotel/motel or dormitory-type settings. DSS officials said if numbers do swell, shelters can be reopened.

Johns said she’s looking for other funding sources to keep the shelter open. Her staff are reeling, saying the shelter provides much more than a roof over the heads of residents.

"It’s heartbreaking," said Carol McMaster, who has worked there for 28 years. "We don’t consider them clients, they’re family."

In addition to helping residents obtain education and training, they are taught how to budget, cook and interact with their children, in hopes of breaking a cycle of homelessness, staff said. Birthday and holidays are celebrated, and moms and children are given special attention, whether it’s a makeover or an amusement park outing.

Christina Jordan, 45, said residents often reach out after they’re back on their feet, remembering tiny moments of kindness.

"With children, all it takes is that one extra hug or that ‘I believe in you’ or ‘you can do this’ and you create a rapport with them and things like that can really stick with them," she said. "For whatever period of time that we have them, I want to try to make some type of difference."

SOURCES: Departments of Social Services in Nassau and Suffolk counties.