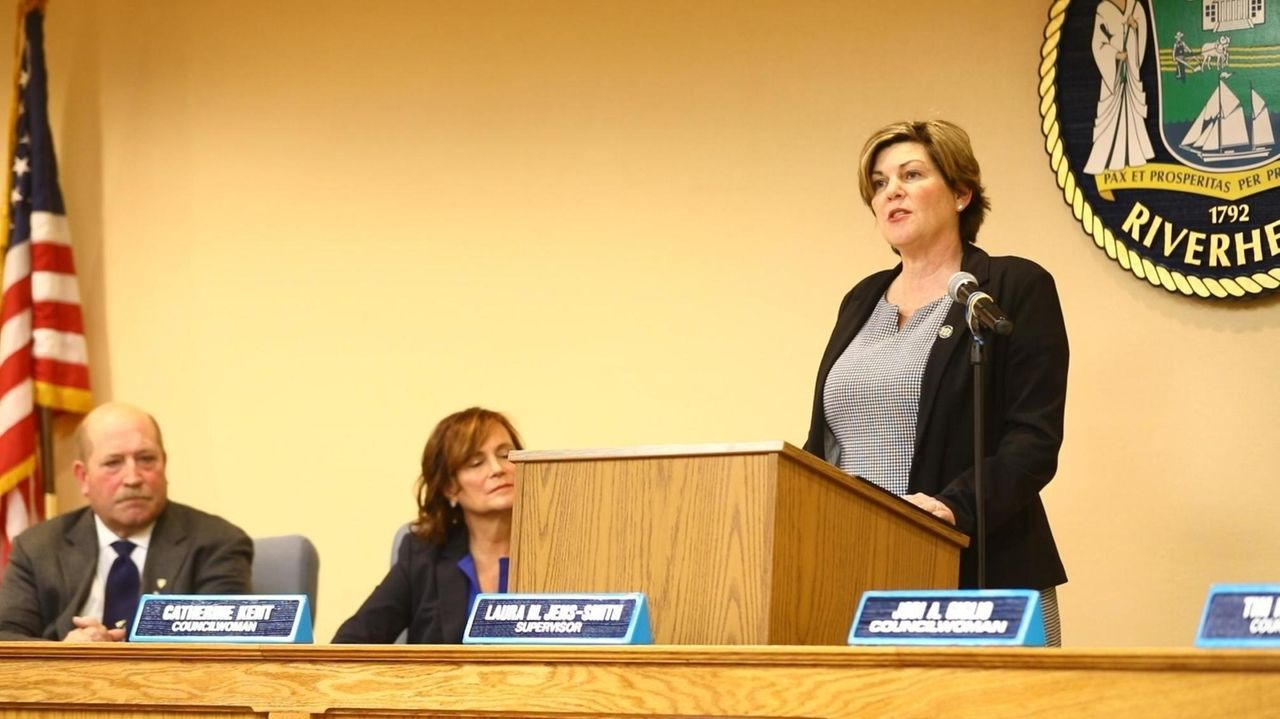 Revitalizing downtown and boosting code enforcement will be priorities for her administration, Riverhead Supervisor Laura Jens-Smith said Tuesday, in her first State of the Town address at town hall. Credit: Newsday / Raychel Brightman

Revitalizing downtown and boosting code enforcement will be among the top priorities of Riverhead Town Supervisor Laura Jens-Smith’s administration, she said in her first state of the town address.

Reinvigorating the downtown area will be undertaken with a “step-by-step approach” to revitalization, Jens-Smith said, with town officials looking to:

Improving code enforcement was another issue Jens-Smith said she would be working toward, including:

Jens-Smith added that officials would work to form public-private partnerships to help upgrade Riverhead’s recreational facilities, and work with farmers and developers in search of collaborative partnerships to keep area farms economically viable.

The town was also looking toward summer trolley service and bicycles to alleviate traffic in Riverhead, Jens-Smith said.

“As we move forward through 2018, I will continue to work hard to do my part to guide Riverhead to a prosperous and successful future,” she said.

Jens-Smith also criticized former Supervisor Sean Walter for what she said were several concerns over the town’s financial health, including general fund reserves falling from over $13 million to just above $2 million.

Jens-Smith said in her address Walter made “no effort to increase revenue.” She noted the town’s bond rating assigned by Moody’s Investors Service fell from Aa2 to its current Aa3 rating for what the ratings agency called “the deterioration of general fund reserves due to annual fund balance appropriations.”

Walter called Jens-Smith’s criticism “misguided and absolutely not supported by the facts.”

“My advice to her is she should concentrate on staying positive and not run the town by looking in the rearview mirror,” Walter said.