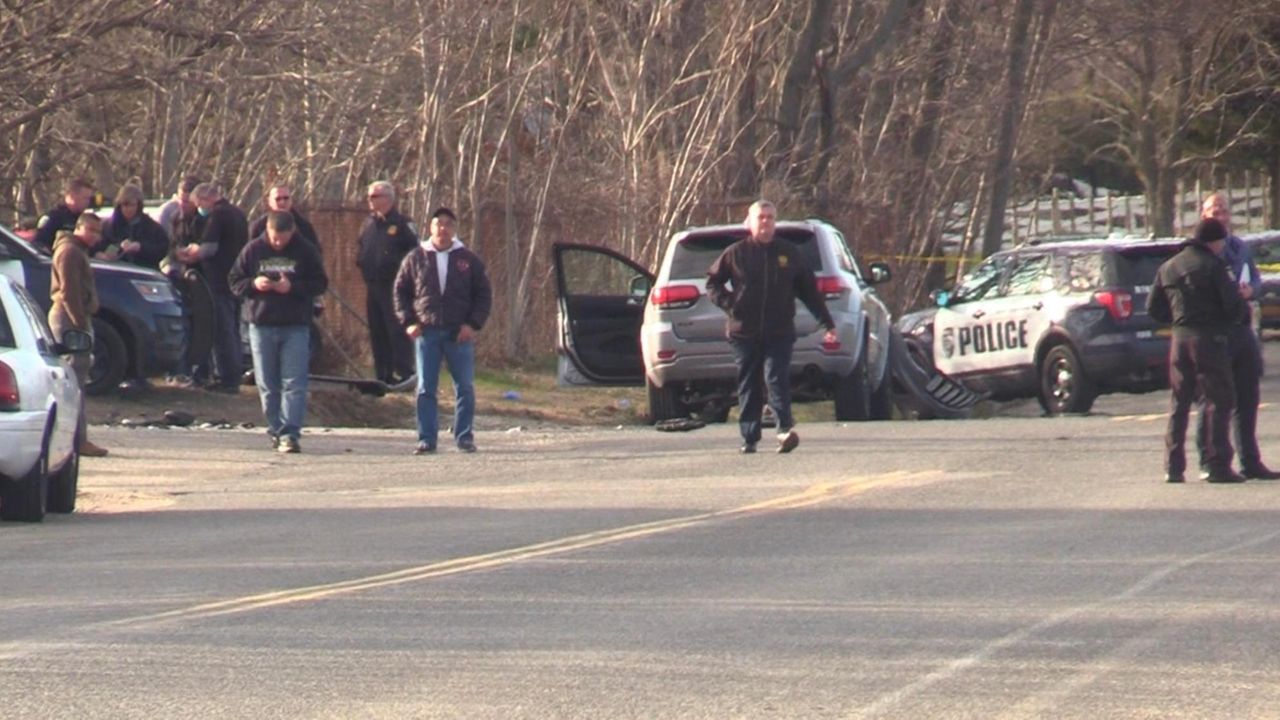 A Riverhead police officer was in serious condition at a hospital Tuesday night after crashing a patrol vehicle while pursuing a driver who had eluded arrest, officials said. Credit: James Carbone

A Riverhead police officer was in serious condition at a hospital Tuesday night after crashing a patrol vehicle while pursuing a driver who had eluded arrest, officials said.

The identity of the officer, who suffered “serious physical injuries as a direct result of the accident,” was not released by Riverhead police in a statement late Tuesday night.

Officials said the injured officer began the pursuit about 4 p.m. when the suspect drove into Riverhead from Southold, officials said.

The suspect was wanted for an incident in Southold, and was being pursued by officers from several departments, Riverhead police said.

The Riverhead police vehicle that crashed was heading north on Osborne Avenue, near Youngs Avenue, with its emergency lights on, when it collided with another vehicle, police said.

The officer tried to pass a second vehicle heading north on Osborne Avenue, police said. When that vehicle tried to turn left onto Youngs Avenue, it collided with the police vehicle, officials said. The police vehicle then left the roadway and crashed into a fence on the west side of Osborne Avenue just north of Youngs Avenue. The officer was treated at the scene by members of Riverhead Ambulance and transported to Peconic Bay Medical Center in Riverhead, officials said.

Because of the seriousness of the injuries, the officer was then flown to Stony Brook University Hospital, police said.

The driver of the vehicle that collided with the Riverhead vehicle was not injured, officials said.

Police said after the crash, the suspect’s vehicle turned southbound onto Doctors Path and continued southbound on Northville Turnpike and then south onto Roanoke Avenue. The driver then exited the vehicle and got away by fleeing by foot in the area of the 1st Street parking lot in Riverhead, officials said.

Riverhead police ask anyone with information, or who sees suspicious activity, to call the department at 631-727-3333. All calls will be confidential, police said.